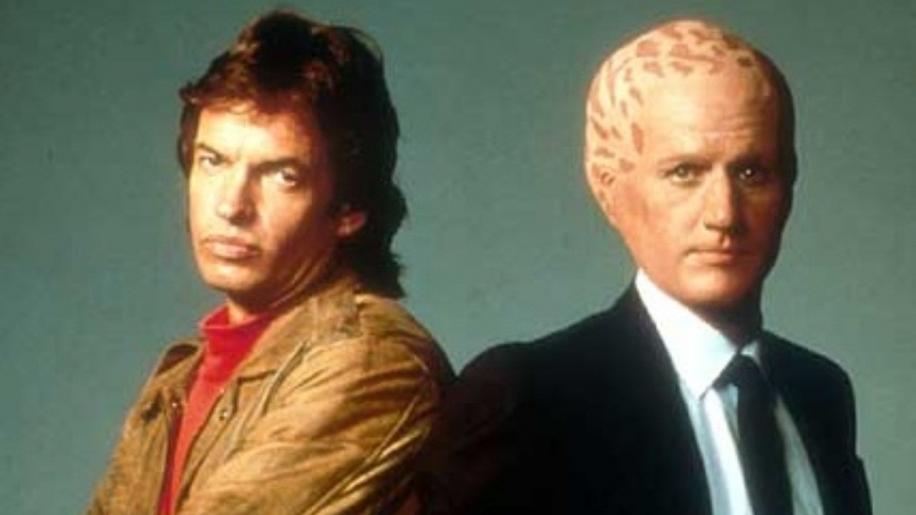 All the discs are full screen 1.33:1 aspect as per TV screens with average bitrate of 6.19 Mbps. The pilot remains the best picture with good strong colours and decent black levels. Detailing does tend towards the soft in places, but on the whole this is a decent enough picture considering its age and origins. The rest of the episodes are rather a mixed bag, varying quite distinctly between each other. Colours can vary from strong and bold to rather thin and washed out, though I never spotted any bleeding. Contrast and brightness vary wildly from grey to black, sometimes within in episodes. Detailing is never perfectly sharp, though it is acceptable but can soften in places. Digitally there were no compression problems or any edge enhancement, though the print does suffer from specks of damage here and there as well as a smattering of grain in places. Overall the episodes look like TV, and old TV at that, better than VHS, but not much more than that. Each episode is given an English 2.0 Dolby Digital stereo sound track and it is purely functional. Everything is clear and free from distortion and hiss. It sits firmly in the mid range having little significant bass; even the gun shots and explosions have little depth. There is also little in the way of stereo effects, even with the score. So whilst this track is never bad, there is little to comment on other than its functionality. The Spanish Dolby Digital 2.0 mono is obviously even flatter and a little tinny to my ears. There are only two extras in the entire set. The first is a commentary on the pilot by Kenneth Johnson. He is extremely knowledgeable about his creation, hardly pausing for breath, and informs on a wealth of topics including casting, makeup, locations, filming dates, script changes and any number of different topics. It feels a little scripted, but his delivery is sound plus there are obvious areas where he shoots of at a tangent, for example how he included areas of his own upbringing in areas of the script (Men, Women and Coloured toilets) making this an informative and enjoyable listen.

The only other extra is a four minute 'making of' featurette on the last disc. It is standard promotional material for a new show starting on a network, contains interviews, well a few seconds with, the major cast and crew that are making this (then) new show. Still manages to pad with film clips as well. So, what have we learned? We know Fox is unable to grasp the concept that it has a good show; it has failed to learn the lessons of the past. We also know although the world has changed in the last fifteen years, it is not that much, as a show that aired that long ago is still as relevant. And perhaps watching Alien Nation, we can all come a step closer to understanding ourselves and by extension improve the world in which we live. As a DVD set Fox have provided the bare minimum, but I can see that not mattering as the show itself is good enough to out way this shortcoming. Buy, watch and enjoy because they don't make them like this any more.