Take a giant step into a surreal but wonderful world 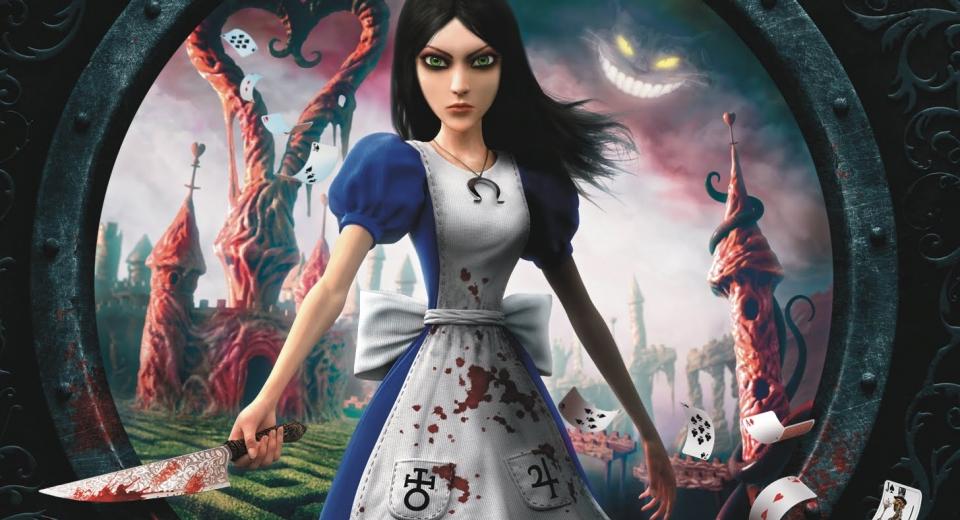 EA has been quite narrow minded recently with public statements about its big Christmas release later in the year; Battlefield 3. But, elsewhere the show must go on and the EA machine has churned out its latest production; Alice: Madness Returns. From developer Spicy Horse, who worked on the previous title, they promise to make a splash on consoles with a similar concept to what was released on PC many years ago now.

It’s a strange turn for EA, releasing a game based on a perverted version of a classic children’s novel, but it seemed to work last time round so why not now? Screens have been posted sporadically throughout its development time and it looked as if it had a surreal charm to it, which could turn out to be one of its biggest selling points. So will EA provide us with an exciting trip down the rabbit hole, or will it turn out to be so frustrating that it will make you mad as a hatter?

Upon loading the first few sections of the game you are thrown head-first into a brilliantly inspired world upon which the developers have worked hard to create. The overall aesthetic of the game is very effective and it’s not hard to see how Alice has lost part of her sanity because of it. The opening sequence of London takes inspiration from many places such as Fable and The Nightmare Before Christmas, surprisingly. All characters from the original source material have been suitably redesigned and fit the concept of the game very well, so don’t be surprised if one minute you’re engaging in conversation with a giant chef, and the next being taunted by the elusive Cheshire cat.

Dialogue is handled perfectly throughout the game too and the script will never bore you with so much spiel you hastily skip all non-interactive scenes. Alice always remains calm and collected and helps those around her as and when she can despite her being on a personal quest to reclaim her sanity. The female protagonist is played excellently by Susie Brann once again, and Roger L. Jackson returns to voice the elusive Cheshire cat.

Although all levels have been beautifully crafted and are full of life, it’s hard to ignore the fact that Madness Returns is rigidly linear in its structure. Granted, you can do the odd bit of exploration here and there when it comes to shrinking in size to squeeze through key holes, but other than that there is very little else on offer. Even this occasional granted freedom becomes a bit dull eventually as all secret areas are accessed in the same manner. If you played the previous game too, you’ll probably find the mechanics all too familiar as not much has changed since its PC debut in 2000. The menus and occasional cutscenes you encounter are suitably inspired as well as being overly gory at times, showing the extent to which Alice has truly lost the plot.

The emphasis on keeping the graphics low key is evident as every aspect of the game has a cartoony feel to it, that’s not to say that they’re substandard but you can find better quality out there for your money. Detail is handled well though, as you can find flowers scattered around the forest levels, and Victorian London looks as unappealing as you can imagine it to be.

Madness Returns takes place more or less immediately after the first game, but this time Alice loses her mind to the demons she fought off so hard last time around. After seeing her family burnt to death in a house fire, it’s understandable that a young teenager would struggle in everyday life. Whilst once she could escape the reality of her surrounding life, Wonderland has now become corrupted with demons which she must banish to help reclaim her sanity. Demons come in different shapes and sizes such as rogue teacups, goblins and dragonfly which are made out of bolts.

A simple battle mechanic complements the game throughout, although being overly critical you could just say it was hammering on the X button constantly. However, you forget about the repeated tapping of the attack button and quickly adapt to enemy battle patterns. You are introduced to an interesting set of weapons as you progress, firstly you’ll receive the Vorpal blade (a short range melee weapon) and later on you’ll get the Pepper Grinder on your waistband which is a gattling-gun inspired weapon. All of which have an effective use against certain enemies, so teacups are susceptible to damage from the grinder as are the bolt flies, whilst goblins can be banished with a swift blow from your blade.

Throughout Alice you are encouraged to look for collectibles such as forgotten memories, which help Alice restore her sanity, teeth that grant you the ability to upgrade weapons and bottles which seemingly have little or no use. Upgrading weapons allows you to deal more damage with each weapon respectively, and memories allow the player to listen to audio clips regarding Alice’s past.

One thing is for certain, you won’t be waiting too long to retry any area that you get stuck on, as the load time for the overall game is very quick. Fall off a high ledge and you’re quickly transported back to the start of the puzzle, not too shabby; all games should be like this as opposed to long tedious load screens. This lets you enjoy the game much more as you can spend longer gawping at the wonderful surroundings around you. Having said that, the environment can betray you every now and again with the odd bland texture and late pop-up or frequent detection issues when you walk too close to a rock face for example and get caught on it when you’re clearly nowhere near it

For the most part, levels are split up with jumping sections where platforms move to help you across, and you must time your leaps in order to reach them. Jump length can be extended by tapping the A button mid-flight and can be repeated several times over. Alice’s dress allows her to glide graciously for a short time and gloss over any shortcomings in timing your jumps. Hidden platforms that contain secret items can be found by consuming the shrinking potion by holding down LB, upon shrinking, the world reveals its secrets in an eerie purple glow. Initially you’ll have little faith when it comes to jumping towards a platform that your larger self cannot see, but you get used to it and become accustomed to floating in mid-air.

It’s a shame that Madness Returns does not incorporate more challenges that depend on the gamers’ intellect such as word or maths puzzles. There are a couple of these later on but they’ve not been utilised enough and never outstay their welcome. In total, the game will take a fair few hours to play through which will probably put most buyers off as the mechanics can become tedious after a while. You won’t be compelled to completion by the engaging gameplay, but instead you’ll find yourself encompassed in a world whereby you can merely forget many of its shortfalls.

From time to time you’ll have to negotiate tight sections with enemies coming at you and you find yourself pushed for space. This brings into question the faffy camera controls which often obstruct you more than they are intended to help, which can be frustrating. Furthermore, those who play with the subtitles switched on will find that they don’t always match up with what is being said by the characters.

It’s hard not to appreciate what has been done here, at the end of the day, it’s a concept that really shouldn’t work; a children’s story perverted and brought into the adult world. It’d be a shame if people didn’t see through the games shortcomings and possible patronising appearance at times as it is far from being aimed at children. Although not being perfect, this title comes heartily recommended for those who enjoy a good platform based game with solid, if simplistic, combat mechanics thrown in for good measure. A title that will see you through the summer drought? Probably not but it’ll fill in a few good hours for you, and trust me, there are much worse titles out there that you could pick up instead.

Off with its head!

Alice: Madness Returns makes a brilliant name for itself on console and ensures fans of the original American McGee's Alice will rejoice. After an initial slow start, a weird and wonderful world is brought to life excellently by the characters that are voiced superbly. Joining Alice on her quest to reclaim her sanity are themes of betrayal, loss and danger all of which make for an intriguing storlyine. There are times when the title seems a little repetitive and relies heavily on basic mechanics, but once you immerse yourself into the world that you are thrown into, you could just well find yourself lost there for quite some time.