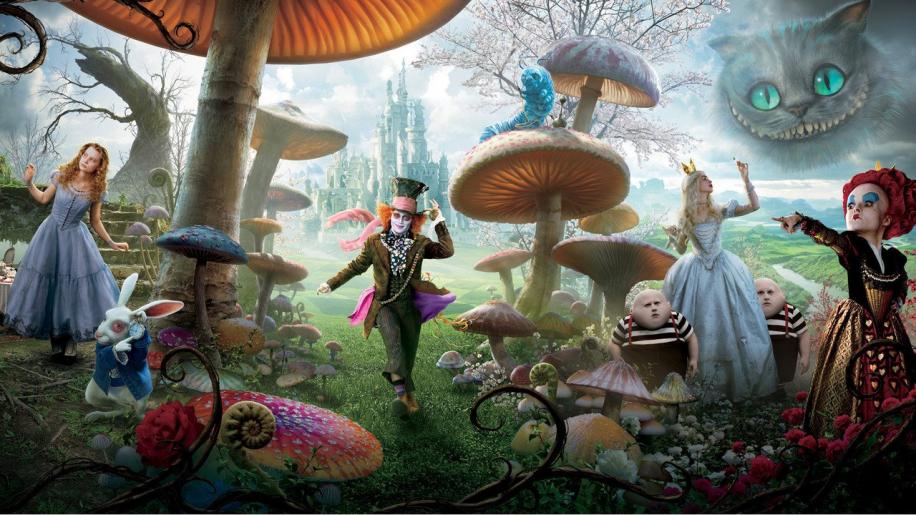 Lewis Carroll's well known and widely read book, Alice In Wonderland received the Walt Disney treatment back in 1951 and took 5 years to complete, although it was in pre-production for 10 years. Things change however, with animated movies being churned out at a vast rate of knots, but rarely do people hold them in the same regard as the movies from the House of Mouse. As most people know (so I won't labour the point too much here), the story evolves around Alice falling down the rabbit hole and essentially trying to get home. On her travels, she encounters a wide variety of surreal characters from the Cheshire Cat, thru the Mad Hatter to eventually meet the Queen of Hearts (and a rather small, wimpy King). As with most of Disney's movies, musical numbers are frequent and this is no exception, boasting the largest number of all their movies of 14 songs, the most well known being “The Unbirthday Song”.

As a slight confession, I have seen less Disney movies than I thought and this is one in the large section of not seen movies, so I didn't quite know what to expect. First things first, this is not a movie aimed at adults, or rather we're more likely to think that the animators were indulging with some other form of Snow White and not the animated kind either. Seeing as the story was written for a child, youngsters will no doubt love this movie, as it tells the original Carroll story with plenty of charm and likable characters. The animation is rather good and although it's not as cool a movie as The Incredibles or Finding Nemo, it still holds up well and weaves its magic as well today as it probably did back then. If I have one criticism, it's the musical numbers. I had problems with them in Aladdin and I've got just as many here too - I just can't relate to them on any level, but then as I stated, I'm not the one that this movie is being aimed at. Getting past the songs, the story is well told and the running time of just over 70 minutes whizzes along quick enough to tell the tale, but not so much that it drags along, which is essential for the audience as they can get rather restless! 4-8 year olds will love it as will anyone who wishes to relieve their childhood memories at the local cinema and as I will mention shortly, this is a very nice quality DVD.