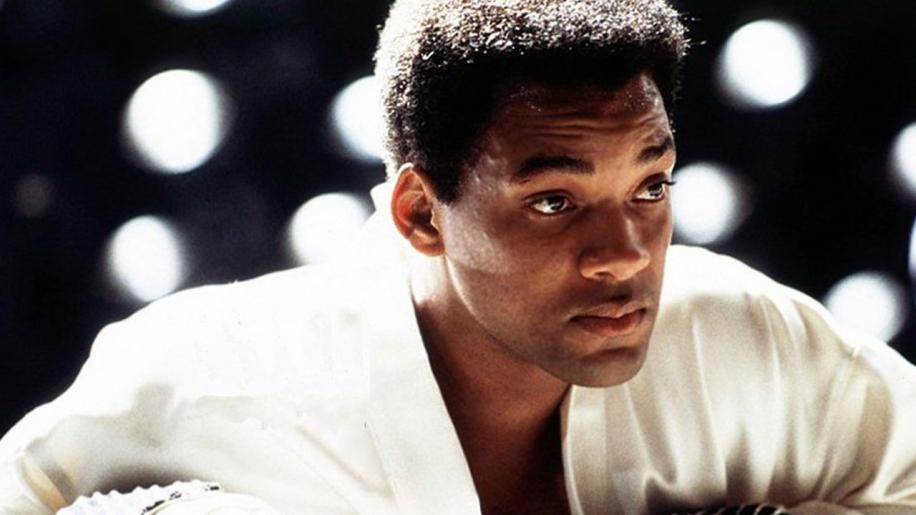 Ali is a beautifully shot film, and this transfer does it full justice. Mann's rich colours are vibrantly presented, with the African sequences particularly impressive. The light sources are blindingly bright. Sadly, there is some artefacting to report, for instance in the night sky when Ali is jogging at the start of the picture. The movie is presented anamorphically and framed at 2.35:1.

The sonics are an impressive mixture of power and precision. Every punch lands with a mighty, sub-shaking whoomph, every musical interlude kicks off exactly as it should, while crowd noise in the surrounds creates an effective ambience. Plus, not only is there a Dolby Digital 5.1 mix, there is also a DTS - making sound the first department where the Region 2 version soundly whoops the Region 1's monkey ass.

Whereas the R1 had next to nothing in the way of extras, this edition has plenty. Spin the second disc and you will find a trailer, a fascinating making of... documentary and cast and crew soundbites. Best of all, in the behind-the-scenes section, there's footage of Jon Voight and Will Smith ad libbing whilst in character. Saying all that, a commentary would have been nice, but this is a Michael Mann film, so maybe it's no surprise. So it's not exactly the ultimate edition then.A very worthy addition to director Michael Mann's CV, presented in a nifty DVD package that improves on the Region 1 disc.