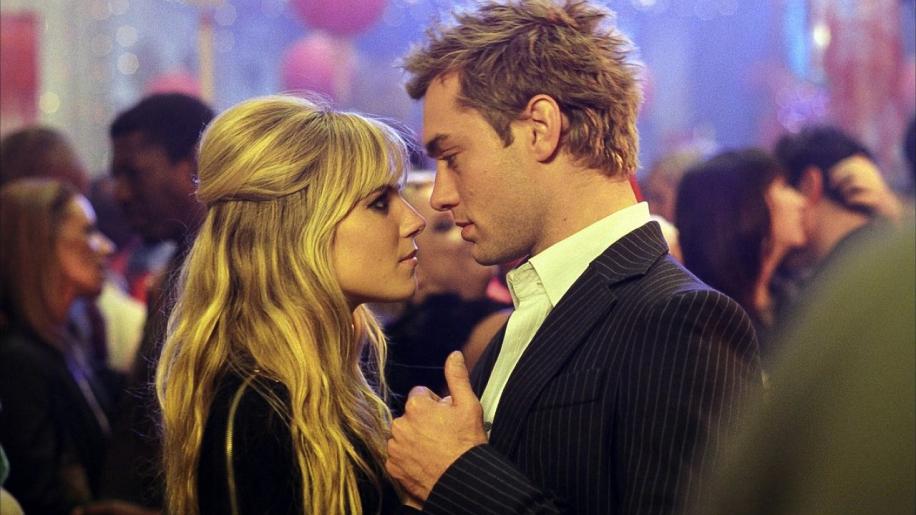 A remake of the 1966 classic of the same name which featured Michael Caine, Alfie tells the story of loveable womanising rouge, Alfie Elkins played by Jude Law (Closer, Sky Captain & The World of Tomorrow), who goes through life meeting women, having 'uncomplicated' relationships and who shies away from any form of commitment.

A bittersweet romantic comedy, Alfie tries to convey that fun as casual relationships can be, ultimately you end up feeling sad and alone. Boo Hoo! Alfie has similarities with the original, but tries not to be a carbon copy. Our Jude plays the role in a less aggressive, less intimidating manner than did Michael Caine. He is much more likeable and as an audience you tend to be more forgiving with regards to his mischievous exploits than Caine's much darker character. The women he encounters have also developed from the original. No longer are they the helpless victims of the pre-women's lib 60's, but are now stronger, more independent and in the case of Susan Sarandon's character Liz, more than a match for Alfie.

To compare this with the original would be missing the point. It doesn't try to be the original, rather a new take on how similar characters may behave in today's society. It doesn't try to be too deep nor does it just gloss over contemporary issues with a sugar coating. Rather it just lets the audience make up their own mind as to whether Alfie is the victim or the perpetrator in his bravado and his shallow attitude to relationships.

Jude Law plays the part extremely well. Having to monologue directly to the camera, and ultimately, the audience is not an easy task and could have made or broke the movie. Luckily Jude pulls it off perfectly and after the first five minutes, you never feel that it is out of place or inappropriate. He comes across as a loveable little mischief which is just as Director, Charles Shyer intended. He wants you to sympathise with our main character especially when things start to go terribly wrong and Alfie realises just how much he hurts those who love him. Had he kept Alfie as Michael Caine portrayed him, then little sympathy would be felt for our lead. Overall, this is a fun, intelligent movie. Great for a Saturday night flick with your partner and has enough to keep both sexes happy. Although Jude dominates the movie, a strong supporting cast including Marisa Tomie (My Cousin Vinny), Sienna Miller (Layer Cake), Jane Krakowski (Ally McBeal) and of course Susan Sarandon (Thelma & Louise) help to give substance and depth to the plot.