A legitimate reason to be scared of the dark! 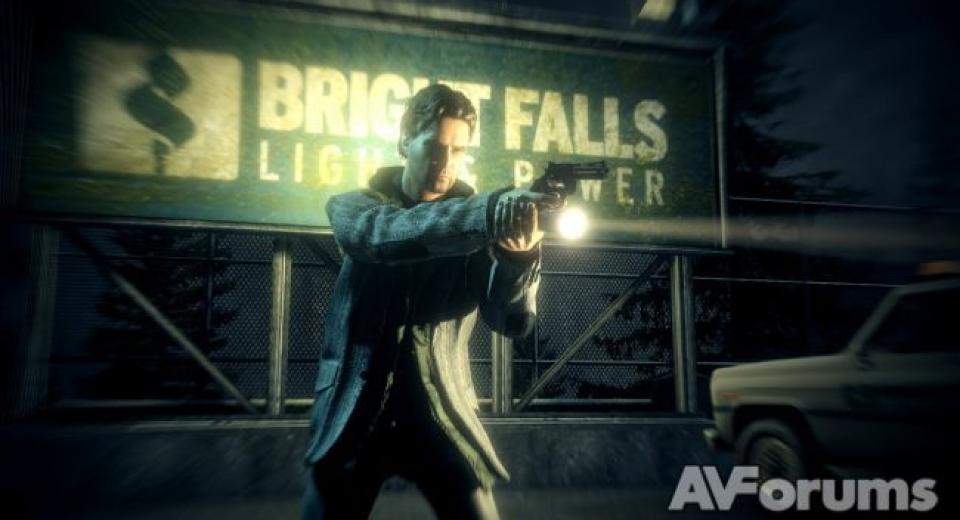 Alan Wake has been in the dark a long time, since development began new franchises have been created and shelved, an entire Windows operating system was born and died and a once captive audience forgot about the people who gave them bullet time in the seminal Max Payne. Once the Finnish based Remedy Entertainment passed on the rights and development reins for Max Payne over to Rockstar after the release of Max Payne 2, their next project was hotly anticipated, upon revealing Alan Wake at E3 2005 the hope was they could do the same thing for the thriller genre that they previously achieved with film noir. Unfortunately Alan Wake was almost consigned to development hell when years passed without so much as a screenshot; destined it seemed to only to be referred to in the same breath as the doomed Duke Nukem Forever. The game finally re-emerged at the beginning of 2010 with a few changes, most notably the open world had been swapped in favour of a more linear directed experience. The premise however remained largely unchanged, Alan Wakeis a best selling author suffering from writers block, his wife Alice takes him out to the town of Bright Falls for a bit of relaxation and to hopefully get Alan's creativity back on track. Just like a good thriller novel darkness falls, Alice screams and Alan is left with nothing but a concussion and a motive to drive him through the mystery. The open world legacy provides a far more expansive backdrop to Bright Falls than is required. Quite often the camera will pull back to show you an objective and it's clear that at some point the player was meant to see more of this world up close and understandably so, an excellent job has been done creating the eerie environment. The few places you visit around the town are well put together but the jewel in the crown is undoubtedly the forest; you will spend the majority of the game stumbling around log cabins, campsites and logging yards. Whilst the locations may be mundane, the thick fog that moves through certainly isn’t; combined with pitch blackness in most areas it provides an unnerving backdrop for enemies to emerge from. Cutting through your assailants and the darkness alike are the numerous light sources that Alan both carries and interacts with throughout his journey - stepping into the safety of a flood light or dropping a flash-bang produces a blinding brightness which sells the realistic effect that light has on the environment and the player. Although they use these effects to portray the world in spectacular fashion they also form not only the backbone of the art style but the game as a whole.  The environment can stand shoulder to shoulder with its 2010 brethren, yet other aspects betray the games pre next-gen inception. Characters display nice touches like covering their eyes when you point a light in someone’s face, however during cut-scenes the facial animations with their dead eyes and not quite-right-lip syncing remind you that parts of this game still belong in 2005. Central to creating any good atmosphere is the sound design, audio cues are well used to create tension and provide the player with an extra layer of feedback during combat and exploration. Piano notes solemnly play as you explore the night, strings will rise as enemies appear and the shroud of darkness that protects them will distinctly pop letting you know they are open for attack. Working in concert with the visuals, the audio helps to effectively manage and manipulate the tension. The whole experience is presented in a segmental format with the story split up into episodes which are started with the TV standard "Previously on" intro and bookended with some surprisingly well chosen musical outros. Licensed tracks are also used to underscore gameplay moments and provide a welcome break from the thick atmosphere. So good is the licensed music in the game I would consider naming some of the tracks spoilers which deserve to be discovered when you encounter them - it’s rare that songs are as carefully chosen as they are here and it’s a joy to see it done so well.  Alan's main enemy throughout his adventure is the darkness, when night falls it consumes not only the world but the inhabitants of the town (transforming them into "The Taken") and an array of poltergeist-esqe objects also. All enemies are shrouded in darkness which must first be stripped away by a light source, focusing your torch speeds up the process but will also deplete your batteries. Once the darkness is broken conventional weapons become far more useful at dispatching foes. Torch light doubles up as a cross hair allowing for a nice gameplay combination of stripping away the darkness and then following up with gunfire with ease and precision. The standard handgun, shotgun, rifle loadout is present, where it gets interesting is with the addition of light based weapons. Flares provide a portable lights source allowing you to create some handy breathing room, flashbangs become light grenades and the flare turns into a mini rocket launcher which can vaporise groups of enemies completely. You'll begin every episode with minimal supplies and have to pick up weapons, ammo and the slightly too perfectly product placed Energiser batteries along the way. It’s impossible to lose the path through the forest with your next objective and a compass pointing you the right way always present on the screen throughout. Considering the attention paid to creating such an immersive environment the option to remove these distractions is a disappointing omission. If the environment were as open as first intended it would make sense but as it stands it is unflinchingly linear, there are small diversions to explore which may lead to one of the many collectibles or extra supplies but for the most part you must forge ahead through a series of set-pieces. With all the hand-holding it’s inevitable that the tension they spent so much time creating is somewhat diluted by all the aids to help the player through, however once you have settled into the deliberate pace of navigating set-pieces and combat encounters which are broken up with light exploration, puzzles (which barely qualify as challenging) and the occasion driving section, it becomes clear Alan Wake isn’t about fumbling around in the dark until you reach the monster closet, it takes a much more subtle tack. You soon become attuned to look out for the road signs of your demise, fog rises, strings screech, and you know you are being attacked but the focus is less about the jump scare of when and relies on the far more effective tactic of where.  Often you will find yourself resorting to running towards the next pool of health regenerating flood lights which not only act as save points but make any pursuant go away as quickly as they appeared. Occasionally you will find you are too far away from the next safe haven and running will do you no good especially as Alan has limited sprint ability which means he has no choice sometimes but to stand his ground. At this point it becomes noticeable that any form of melee is missing but the saving grace is a nifty dodge move which when performed at the right time lets you escape an enemy attack in a nice cinematic slow motion animation evocative of Max Payne’s bullet time. You are sufficiently empowered to make it through all scenarios especially if you have a habit of exploring every corner, still the handicaps of battery depletion and weapon reloading make surviving attacks from multiple enemies more about tactics than firepower. Once the player has a grasp of the controls and mechanics the developers consistently ramp up the stakes by increasing "The Taken" in number and introducing tougher and faster variants, taking away parts of your arsenal and forcing the player through simple quick-time events under pressure. For a combat system which is mastered fairly easily enough variations on the formula are created to keep you interested throughout. Your main motivation is the story fed to you in pieces by various methods, chief among them are the Manuscript pages - bits of a novel Alan has no recollection of writing - they appear to foretell the events he is experiencing and are sprinkled throughout the world like breadcrumbs on the path to solving the mystery. Occasionally they will give you even more warning on what’s around the corner but mostly they provide you with different perspectives on the strange happenings which befall other characters whilst you venture into the night. Yet another side effect of the protracted development is the need to dive into the menus to access these each time, the now standard listen whilst you play tactic so common in modern games was again left out.  The Manuscripts, together with Radio and TV Shows which can be found around the world, strange flashbacks and cliff-hanger cut-scenes which make you reconsider putting that controller down at the end of the episode really work to progress the story, with the self aware narration style and interesting plot twists drawing you in until the conclusion. Like every game which hangs it hat mainly on the story, once you have seen the endgame of Alan Wake it is obviously impossible to unsee it, completion unlocks “Nightmare” mode which in turn allows access to the remaining Manuscript pages which are required to obtain all the achievements. A single play-though can take around 10 hours depending on how much exploration you indulge in, which to get the most from the experience is certainly worth doing. A second play-through on the unlockable Nightmare mode will certainly exhaust any replayablilty for the main story arc. The end of the final chapter and the credits make it clear there are more episodes forthcoming, and as of this review 2 extra episodes are slated to come out within months of the release. Whilst the main story may be over, if they can deliver a regular stream of content to keep the narrative alive the episodic nature could force you to dust off the disc every month or so. Alan Wake really is a game of contrast, multiple aspects feel like they were either deemed acceptable flaws or were simply a product of missing all the innovations in design which this generation of consoles has afforded us. In many ways it’s like Remedy went so far down one path they didn’t have time to fully explore the new direction they decided to take. Once some of the dated design choices fade away, the game underneath shines and when it hits its stride, the new direction pays off in spades. The linear path allows them to guide the player through an intriguing story wrapped up in a well presented world thats powered by an interesting spin on the normal 3rd person shooter, all of which it turns out was well worth the wait.