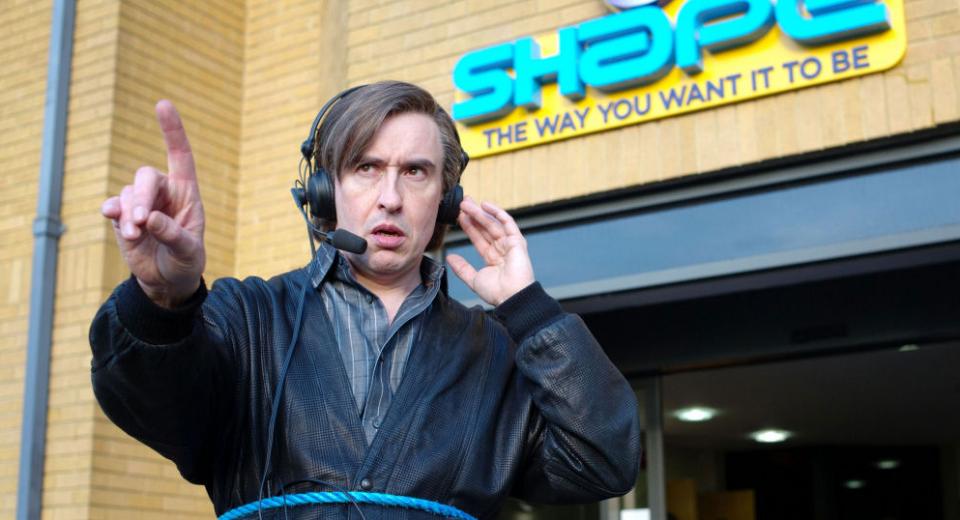 
In America they make TV shows out of successful films, whilst here in the UK there’s a long history of producing films based on popular TV shows. It’s a process that’s fraught with danger and the list of shows that have successfully made the transition to the small to the big screen is surprisingly short. There’s also a tendency for the writers to send their characters on holiday because it allows the filmmakers to use more exotic locales and expand the story outside the confines of the show. In fact even one of the most successful big screen transitions - The Inbetweeners Movie - pulled that trick by sending the boys off on holiday, whilst In the Loop - the film version of The Thick of It - sent its cast to Washington on what amounted to a political holiday.

The Inbetweeners Movie and In the Loop aside, it’s never an easy task to transition from the small to the big screen, especially if the original series uses the half hour comedy format. There’s a constant danger that the demands of a film narrative will result in story that feels stretched, with thirty minutes of jokes spread across ninety. There’s also the risk that the finished film won’t appear cinematic, looking more like a TV programme projected onto a big screen - which is even more of an issue now that all TV production is done in a wider ratio. The Inbetweeners Movie tackled both issues head-on and combined some decent big screen production values with a story arc that allowed the four protagonists to grow, resulting in a film that was both very funny and emotionally rewarding. Conversely In the Loop kept its hand-held documentary style but brought in US locations and actors to broadened its appeal and built its narrative around the build-up to the invasion of an unspecified Middle Eastern country.

There has been talk of a film version of Alan Partridge for years and given Steve Coogan’s rise to movie stardom, a transition to the big screen seemed almost inevitable. The show’s star and writers obviously feel that now is the right time, given that they have largely exhausted the characters potential on the small screen. Thankfully in Alan Partridge: Alpha Papa we don’t find Alan jetting off to the Costa del Sol and instead the film uses Dog Day Afternoon as its inspiration. When DJ Pat Farrell (Colm Meaney) is sacked from North Norfolk Digital, now renamed Shape after a corporate takeover, he storms the radio station with a shotgun and takes hostages during an office party. The only person he'll talk to during siege negotiations is fellow DJ Alan Partridge who, as he quickly becomes the public and media face of the siege, sees an opportunity to stage a triumphant return to the limelight. As Alan tries to exploit the situation to his advantage, so his ego inevitably expands exponentially to his level fame, resulting in a series of hysterical set pieces.

The character of Alan Partridge is so associated with Steve Coogan that it’s easy to forget that he originally created it with Armando Iannucci, Patrick Marber, Stewart Lee and Richard Herring. The presence of Iannucci as one of the writers on the film is a good sign as Iannucci is currently on a roll himself with The Thick of It and Veep, not to mention an Oscar nomination for the screenplay of In the Loop. In Alpha Papa, both Coogan and Iannucci, along with co-writers Peter Baynham, Neil Gibbons and Rob Gibbons, manage the difficult task of expanding the narrative to fill a ninety minute movie whilst still remaining true to the character's roots. The result is a constant string of eminently quotable jokes, asides, quips and sight gags, along with a number of laugh out loud moments, usually at Alan’s expense. However the writers do rein in the embarrassment factor to a degree, perhaps realising that whilst you can handle it during a thirty minute TV episode, it might be too much in a ninety minute film. The film also has some barbed comments to make about the current state of modern media, corporate ownership and youth culture.

Steve Coogan is on superb form as Partridge, reminding the audience that he’s a comic actor rather than a comedian by delivering a truly great performance. He’s also surrounded by an excellent supporting cast, with the always reliable Colm Meaney sharing much of the screen time. Meaney’s plays the aging late night DJ Pat Farrell with enough seriousness to give the character some depth and make him a real threat, whilst his struggle to deal with the death of his beloved wife adds an air of sadness. For those familiar with Alan’s TV exploits there are a number of returning characters including his long-suffering personal assistant Lynn Benfield (Felicity Montagu), fellow DJ Dave Clifton (Phil Cornwell), Michael the Geordie (Simon Greenall) and Side-Kick Simon (Tim Key) from the recent web series Mid-Morning Matters. They all get their moment to shine, although Lynn appears somewhat underused and Michael is only really in two scenes, although both are extremely funny. Sean Pertwee and Anna Maxwell Martin pop up as police officers and Monica Dolan plays Angela, a possible love interest for Alan.

The film is ably directed by Declan Lowney, perhaps best known for Father Ted, who sensibly chooses to shoot in a 2.35:1 aspect ratio, thus making the film look more cinematic and distancing Alan Partridge from his TV origins. The filmmakers manage to expand the film beyond the confines of the radio studio and in doing so give Alpha Papa the look of a big screen blockbuster whilst remaining true to the character's parochial nature. The use of a siege as the main narrative drive appears to have formed the basis of the plot since the film’s inception but the original plan to use Middle Eastern terrorists was thankfully dropped. Aside from being somewhat insensitive after the London bombings in 2005, the idea of the hostage taker being a fellow DJ pushed over the edge by a changing media landscape seems far more in keeping with the character. In fact you could easily see Alan himself doing something similar if pushed too far, he has after all had a breakdown previously in the TV show.