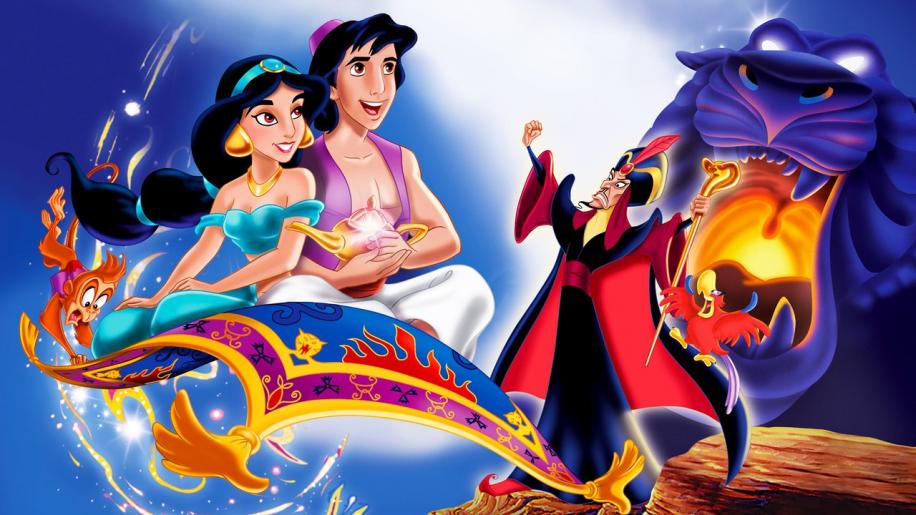 Presented in its original 1.66:1 aspect ratio and digitally remastered, Aladdin has never looked so good. The THX approved transfer is free from dirt and scratches making the film look like it were made yesterday. The image is richly detailed with solid lines appearing sharp and colours jumping off the screen with their brilliance. There are no apparent problems with the image, no signs of over enhancement of solid lines and no compression artefacts seen. Indeed my player told me that the bit rate for this transfer never fell below 8mbps and it shows. Yes animation is easier to transfer than live action films, but even so this 2D animation looks first class. As with last years release of The Lion King the Disney engineers have again included an enhanced home theatre mix in Dolby Digital 5.1, as well as the original soundtrack mix. Comparisons between the two reveal that the enhanced mix is exactly that, more open and spacious with better dynamics. The entire sound stage takes on a life of its own pulling the viewer into the movie with an enveloping and expansive feel. Dialogue is natural and easy to follow with the surrounds and LFE channel never silent for too long. As you would expect with a Disney Platinum edition the extras are expansive and exhausting. Split over two discs we are treated to some real gems and of course those annoying childish games (but then again it is a kid's film).Disc 1 contains an audio commentary with the filmmakers and a separate track for the animators. Each commentary track is interesting and informative and a must for fans of the movie. Also included are deleted songs "Proud of Your Boy," "You Can Count on Me," "Humiliate the Boy," and "Why Me," as well as several music videos from the movie. Finally on Disc 1 are two deleted scenes and a THX optimiser.

Moving to Disc 2 and the extras are split into two main groups, Games and Activities and Backstage Disney. As you would expect the Games area contains several interactive activities for the kids and as such (even though I am a big kid at heart) I didn't review this section in any detail. Moving to the Backstage area and you are presented with two featurettes, "A Diamond in the Rough: The Making of Aladdin," & "Alan Menken: Musical Renaissance Man," which run at 2 hours and at 20minutes respectively. The making of documentary covers all areas of the production, from the not so successful first cut through to the finished article with interviews from the cast and crew. This is also chaptered for ease. The Alan Menken feature covers the process of writing the music and lyrics for the many songs featured in the movie. Rounding up the extras are art galleries, production stills, interviews and trailers. Overall the extras are as comprehensive as you would expect and certainly worthy of viewing at least once. Aladdin is a Disney classic which is given the best DVD presentation possible with some very good extras, recommended.