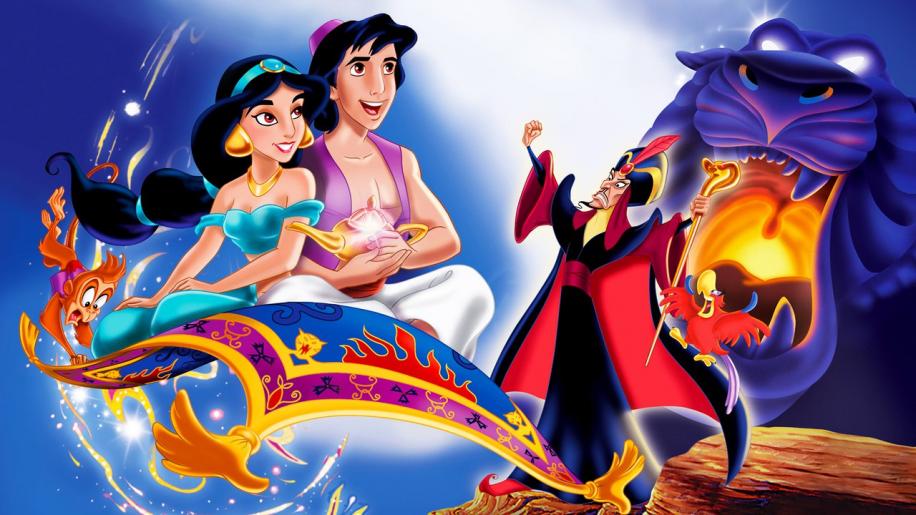 The 1990's were an impressive time for the Disney animation studios. After a long slump in the companies fortunes after the great Walt died, things began to suddenly look up as a new breed of animators began to make an impact. With films like The Little Mermaid and Beauty & the Beast having turned things around it meant that Aladdin had much to live up too. In fact the first rough cut of the film didn't go down well with studio executives and the team were told to start again. So, behind schedule and fighting an ever approaching release date, Aladdin went through many changes before it hit the cinema screens, to such great success.

There are two striking areas of this movie, that for me, make it a classic Disney film. First is the beautiful animation and the design work involved, you are simply transported to a magical, colourful world full of interesting characters. The second is the casting of Robin Williams as the Genie, a performance that truly steals the show with quirky ad-libs and impressions. His fast paced and exciting dialogue brings a great deal of energy to what could have been a normal run of the mill cartoon. The main subplots concerning the love story of Aladdin and Princess Jasmine, as well as the evil Jafar's schemes for world dominance appear to play second fiddle to Williams influence on the movie. That said, the quick running time and solid performances from the supporting characters, as well as some excellent musical numbers, all gel together to make Aladdin a Disney classic, recommended.