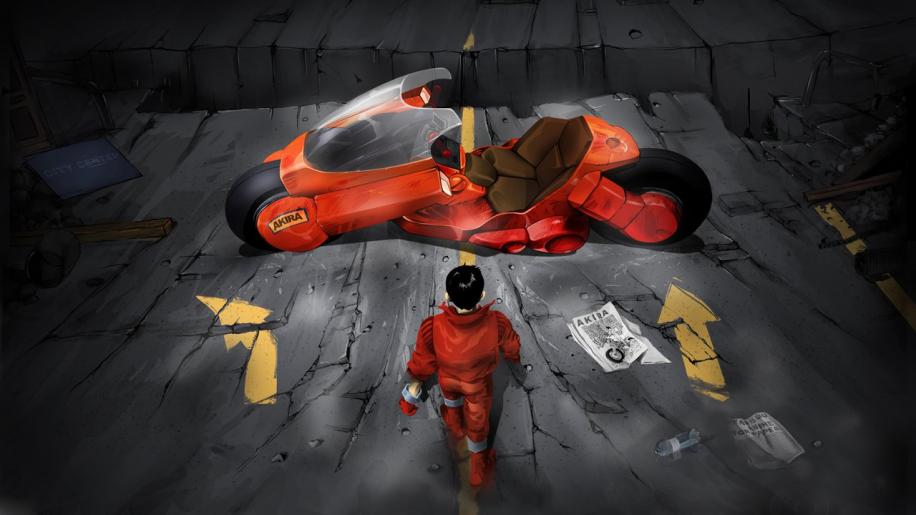 Certain films sum up a genre. “Psycho” for psychological thrillers, “Star Wars” for sci-fi and “Akira” for anime'. It's safe to say that its release in 1987 marked the point at which anime' became known to audiences worldwide. Appealing to fans of film making, science-fiction and animation alike, it introduced concepts of drug dealing, distopic post-atomic futures and ultra violence to the world of animation at large.

Set in Neo-Tokyo, a city built on the remains of the former great city following its destruction in a nuclear war, we meet up with Kaneda and his electro-bike gang. After one of his gang, a young man named Tetsuo, runs into a strange energy shield emerging from a boy on a deserted highway, he is knocked off his bike and rendered unconscious. So begins a series of events that lead to the uncovering of the secret of the “Akira” project with devastating consequences for all.

When I first saw Akira on a shaky VHS tape in the late 80's I was stunned by it. I had grown up with sci-fi and had seen films ranging from “Brave New World” to “Star Wars” but I'd never experienced anything like “Akira”. I didn't, couldn't, take it all in on that first viewing and even now, reviewing this Signature edition release, I'm still finding bits of the puzzle that point toward the almost hallucinatory ending.