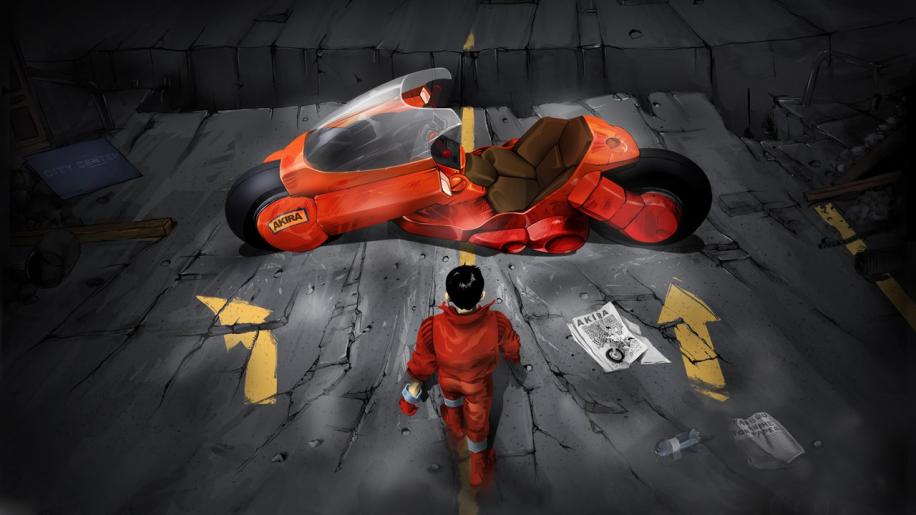 Whether we like it or not, there are very few examples of the animated medium making a true impact upon the public. They tend to come in waves that appear and die out just as quickly. Ray Harryhausen's dinosaurs, monsters and mythological creatures left cinema audiences spellbound with awe and amazement but all too soon animatronics and computer imagery changed the ground beneath his work. The early Disney tales of Snow White and Pinnochio similarly entranced viewers, but each time such techniques that displaced the use of actors and a sense of physicality to proceedings was used, the effect was to move the emphasis slightly to one side of live action movies and their style of story telling that had evolved through the Hollywood mainstream. Fifty odd years later, films such as Toy Story re-invigorated this type of movie experience, but again, the CGI used was very much in a world that lacked a suitable real world equivalent, thus in many ways was less a choice and more a necessity. As such, these films have been more of a side-step - a style in themselves - rather than comparable to other cinematic fare.

If anything, anime film making has stuck fairly closely throughout its history to this separation from traditional cinema, carving itself out an otherworldly corner in which it can make up its own rules. As such, few of the shining lights of the genre - for the sheer size of back catalogue would surely point to it being a genre now, rather than merely a cinematic style? - stand up to the scrutiny of those unfamiliar with its pre-existing codes, leanings and paradigms.

Akira however, stands as one of those brave enough to venture into the world of true filmic story-telling and a firm narrative structure. It is based on the critically acclaimed and much loved manga (essentially a Japanese graphic novel) of the same name by Katsuhiro Otomo. Having already penned the print version, he would go on to both co-write and direct the big screen adaptation. Set in 2019, the backdrop is a Neo-Tokyo that sits in the aftermath of World War III. It is a city that is slowly rebuilding and growing in strength, but also shows a great degree of imbalance and division. This is a world populated by student riots and general unrest, a shady militaristic government and the inevitable rise in spirituality that accompanies any grand scale destruction. People, in short, are looking for a way forward, a sense of meaning and a cause through which they can mend this wound. Into this scene steps Kaneda, a young delinquent who heads up a teenage biker gang. As with many Japanese titles, the use of the younger generation as a means through which to draw the viewer into a fractured world is fairly standard. From Kon Ichikawa's tale of voyage, Alone Across the Pacific (made 21 years before Akira's 1988 Japanese debut) right through to Kinji Fukasaku's futuristic nightmare Battle Royale (made some 12 years after Akira), it is a staple of Japanese cinema. It is hardly surprising given the grand dichotomy facing post-war Japan and the cross roads ahead of it. The split between generations - one entrenched in tradition, the other leaning towards Westernization - can only have created further splinters in the grain. Thereafter, such things as demonstrations by students and workers with regards rights and treatment must have had a great impact upon those creative souls dreaming up scenarios for grand stories. Thus, with Otomo being born in 1954 and having witnessed much of the shifting sand of this world first hand, as well as the influx of American media, it was hardly surprising he used such grand schemes as a canvas on which he could paint an epic story - and epic it is.

One can only assume the many cut rate biker flicks of the period the author grew up in managed to somehow gain his attention, as the central troupe of ne'erdowells and teenage sociopaths in his dystopian future could in many ways have stepped right out of a 50's rebellion drama, or a 70's exploitation piece such as Larry Bishop's recent budget ode to the genre, Hell Ride (2008). The two figures that loom large over these wannabe high school dropouts are Tetsuo and Kaneda. Unlike the mammoth manga on which this is based, the film has to strip away several layers of these key characters and instead try to simply instil into the film the very essence of them, not only as friends, but also as potential rivals.

The central premise to the film is quite hard to sum up as there are many strings to the plot which are intertwined. Essentially, in this fractured, distrusting and somewhat bleak possible future, dormant powers are being awakened which allow for individuals to gain access to such abilities as psycho-kinesis, teleportation and the like. However, like with any other classic sci-fi, the whole represents far more than the parts with which the film is composed. The first act consists in the main of character introduction and laying the foundations of secrets that will only later be revealed. If this were nothing more than simple plot pre-requisites that were eating up screen time, this would still stand as a strong feature. However, the ways in which these elements are woven into the fabric of the story are visually spellbinding. At times it can take a moment to focus your mind on what the progression of the narrative is, as the on screen visual style and the panache in which the action is pursued is vivacious to the nth degree. We are thrown into the world of biker fights and brutal violence in a way that most animes eschew. The crunching impacts are visceral and have a weight to them, again lifting this from the lightweight roots of its animated genre, to instead place it more firmly in amongst other 80s sci-fi fare.

There is an argument to be made that Akira binds together many of the key facets of 80s cinematic science fiction. The neon lit skyline of Neo Tokyo, though more realistic and comparable to the present day, is reminiscent in places of the vivid yet lurid Asian inspired advertising signs Ridley Scott utilised for Bladerunner - large symbols of capitalism dominating a skyline populated by monolithic buildings. The prophecy of an inescapable future and an insurmountable force echoes of the struggle against inevitability that underpinned Cameron's The Terminator. Once paranormal psychic powers enter the fray, it is hard to shake off thoughts of films such as Cronenberg's Scanners. Much of this director's finest work seems never far from the mind either when Tetsuo starts to meld his body with the machinery around him - at this point we could almost be watching a creation by the auteur of body horror. The final element of Akira harks back a little further into the annals of truly great sci-fi cinema, to the 1968 Kubrick masterpiece 2001: A Space Odyssey - the way in which a real world struggle is eventually upstaged by the grander themes of metaphysics. These moments of subtle calm that juxtapose against the carnage and barrage upon the senses, are sporadically interspersed into the very fabric of the narrative, until finally they are all that holds the attention of the viewer.

Like all great science fiction, Akira tells a story that can be appreciated on many levels. Primarily it entertains with your standard three act synopsis. It sets the scene of an interesting landscape, introduces us to the central players and places an obstacle in their way. However, if that were merely the case in sci-fi, all the aforementioned classics of the genre would all be akin to very average movies. They are not. They move on past these initial pleasantries of story-telling to delve a little deeper into the realms of “what if?” Questions are raised and topics usually left to the world of the printed word are broached. Unlike novels, the silver screen doesn't have the benefit of constant hand-holding and exposition, as such it is instead reliant upon the symbolism and imagery used. This is where Akira performs so well - its use of visuals. Being based upon a pictorial medium to start with, the transition to cinema appears to have been far kinder to it than many of its kin, whose origins were between covers. That it was also helmed by its creator only further aided this focussed approach.

The end result is a tight script and strong characterization that allows, what could have been dismissed in the West as a feature of a niche style, to shine. It stands not only as the figure-head for the heights that well made anime can achieve, but also as a truly great science fiction film in its own right. From the crunching, gripping chases of the motorbike action, replete with breathy soundtrack of almost animalistic qualities, to the final showdown and apocalyptic yet transcendentally optimistic revelations of the true nature of Akira and for that matter, the human soul. It is a ride from start to finish to be revelled in. It is little wonder that this film sparked the second wave of anime fandom in the West, as many a newly converted devotee emblazoned their bedroom walls with the iconic image of Kaneda astride his blood red set of wheels. In the end, it turns out that the animated medium may have helped Akira to enjoy a level of longevity that many other sci-fi offerings of the past have been graced with. Put simply, it does not age - the Neo Tokyo on Blu-ray looks as good as it ever did and the high production values, like Disney greats before it, only serve to allow for an almost ageless beauty to the cells that is hard to date.

Nihilistic delinquent biker gangs, a cesspit cityscape setting, secret scientific experiments, a totalitarian regime powered by a coalition of the army and police, political and social unrest, spiritual symbolism and musings on the human condition. All wrapped together with impeccably orchestrated mayhem and one of the most charismatic scoundrels for a leading figure since Han Solo. A heady mix - what more could a sci-fi fan ask for?