Akira's 4K set is likely to cause a singularity. 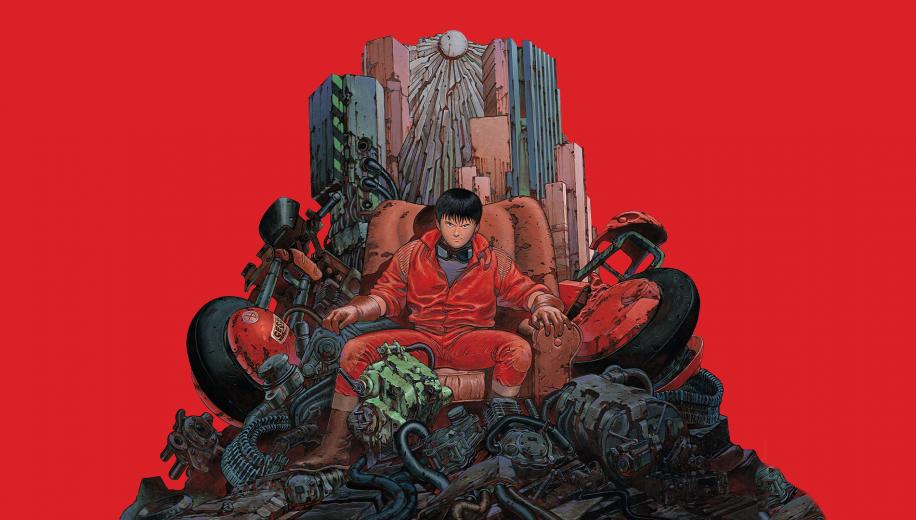 Katsuhiro Otomo's 1988 cyberpunk classic is arguably one of the greatest anime features ever created, earning itself a gorgeous native 4K presentation in a set that is not without its potentially deal-breaking drawbacks.

Dismissing Akira as merely one of the greatest animations of all time is doing it a disservice as, much like Mamoru Oshii's 1995 Ghost in the Shell, these sci-fi productions transcend the anime genre and are clearly amidst the best films ever made, full stop. Akira, again like 'Shell, was adapted from a preceding manga, written by Otomo too, who had to work some pretty considerable magic to condense several thousand pages of book into a single 2 hour film (and has been working on a more faithful anime series for several decades).

Presaging a future 2019 (right down to the cancellation of the 2020 Tokyo Olympics), where Neo-Toyko is recovering from an apocalyptic singularity, with the streets a war zone of angry rebels clashing with the totalitarian military, and where a group of bikers inadvertently (or perhaps advertently) and literally collide with a psychic entity, leaving one of them - Tetsuo - to absorb some increasingly uncontrollable powers, whilst his best friend - Kaneda - slowly faces the fact that he might have to be the one to stop him.

Clearly amidst the best films ever made

﻿Akira is - yet again like 'Shell - one of those rare anime masterpieces which has been repeatedly cited as inspiration for a number of modern sci-fi classics, from The Matrix to Inception, with features like Chronicle and Midnight Special also clearly drawing key ideas, as well as the Netflix series Stranger Things. It is brutal, ultra-violent (we're talking Robocop: Director's Cut when it comes to some of the shooting), bursting with the kind of body-horror that would blow even Cronenberg's brain, and wielding some pretty impressive psychic clash sequences, not to mention an epic closing act that is possibly the only part of the movie where you feel that they could have done with a little longer to develop the underlying themes.

Sure, even ardent fans may still be haunted by some of the particularly irritating English dub vocals chosen for the lead duo (Tetsuo! KANEDA!), dating back to a time when getting access to the Japanese track might have been a bit of a tougher ask, but Akira gets the same pass that Neon Genesis Evangelion does in that respect, once again dealing with that curious obsession with super-powered, super-angsty children and scientists who want to control / experiment upon them, and the planet-destroying destruction that ensues. With striking visuals, a rollercoaster story primed with revelations that give it some not inconsiderable depth, a masterful score and several iconic setpieces, Akira remains utterly unmissable.

Akira comes to UK 4K courtesy of Manga Entertainment UK. This Ultra HD Blu-ray presentation is, reportedly for licensing reasons, identical to the Japanese April 2020 release from Bandai, supervised by director Katsuhiro Otomo, delivering a stunningly vibrant native 4K image whose painstaking restoration process unfortunately does not come without some drawbacks, ones which are potentially deal-breaking for many long-time fans.

Akira is an impressively mounted animation, visually, however that required a certain amount of 'practical' optical effects, with the cell-based format allowing for - at times - numerous cells to be overlapped in order to give an impression of texture, movement or 3D depth, and with optical heavy shots restoration becomes... problematic. Reportedly, director Katsuhiro Otomo was faced with a difficult choice: accept the heavy and highly variable grain commensurate to this kind of complex animation work, or scrub it all to hell using DNR and leave it looking absolutely spotless.

The reality is that neither option would have pleased everybody, and whilst Otomo chose the latter tactic - which has undoubtedly turned many hardcore fans away from this and every other 4K release of Akira (as stated, reportedly for licensing reasons, this is the only 4K presentation available in all jurisdictions) - others might say he achieved precisely what he set out to do; namely, restore Akira into glorious 4K. The film has a completely new lease of life with background textures and detailing; the so-criticised DNR mostly affecting the faces of the characters, with busier shots generally looking glorious.

The colour scheme is the real undisputed selling point to this new presentation to make the image positively pop with neon tones, Tron-like streaks of lighting electrically crackling across the frame. Neo-Tokyo is an alluring landscape of greens, blues and purples, Kaneda's bike has a rich candy red, and black levels prove deep and inky, keenly juxtaposed with some searing apocalyptic whites. Those who haven't seen the film in years will likely - hopefully - be wowed but, equally understandably, those who have owned the feature on every format across the years will probably be thoroughly frustrated that this new native 4K restoration came at such a figuratively high cost (and literally, if you check the tag).

Likely the best of both worlds would have been something more like the Ghost in the Shell (1995) 4K release, which retained some grain, but also cleaned up pretty impressively, but this was an older movie, and the opticals may well have been less forgiving for it, leaving Otomo little choice to make such a compromise. Who knows, but this is what we have to deal with. Indeed, unfortunately, pretty-much every release of Akira has had its own issues, whether it be unsightly, thick swathes of highly inconsistent grain, bleeding, or rampant edge enhancement, so this 4K releases - for all its debatable sins - at least cures every other flaw, even if that still comes at too high a price for some.

NOTE: On first viewing it appeared there was more brightness and dynamic range, but we have since checked the disc playback information and now believe it is a 4K UHD SDR presentation and there doesn't appear to be a HDR layer present. We have put this to the studio and PR to confirm what is going on and why the disc appears to differ from the Japanese 4K release earlier this year.

Akira's 4K Blu-ray poses some problems for fans on the aural front too, but let's start with the technical specs and performance which is tremendous, even without an immersive 3D object-based audio track in the form of something like Atmos. There are native and dubbed soundtrack options, with a Dolby TrueHD 5.1 mix for each - Japanese and English - both of which sound excellent, as well as a 2.0 track for the... English dub, which is where fans who wanted the original Japanese 2.0 track will be particularly disheartened. More frustrating is the fact that the Japanese 4K release did sport this extra track but, for reasons unknown, it hasn't been included on the UK release.

If you can move past the Japanese 2.0 omission - which, for fans, may be too big an ask - and step back from the fact that there's no 3D HD audio upgrade, the 5.1 mixes are superb

If you can move past the Japanese 2.0 omission - which, for fans, may be too big an ask - and step back from the fact that there's no 3D HD audio upgrade, the 5.1 mixes are superb, delivering clear and coherent dialogue throughout (yes, some of the vocals are particularly comedic in the English dub) and effects are tremendous, lighting up the soundstage with kinetic powers, explosions, thunderous gunfire and some serious heavy weaponry come the final confrontation. The soundstage positively explodes with intensity, further embellished by an awesome, iconic score which permeates the surrounds and further enhances the surprisingly immersive mix. Yes, Atmos would have been the cherry on top; yes the original 2.0 Japanese would have been the right choice to please many long-time fans, but if neither of those omissions are a dealbreaker, then what we have got is pretty damn good.
﻿

Manga Entertainment UK's 4K release of Akira comes in a lavish set, with loads of discs and gorgeous packaging, although beneath the surface there isn't really all that much in the way of actual extra features.

The 4K disc itself is dedicated to the remastered feature and soundtracks, with a second Blu-ray equally housing just the movie, whilst the third disc is a dedicated extras disc that delivers... a Sound Making Of Featurette, a Sound Clip, and the 1998 End Credits, as well as a Storyboard Collection and Trailer. It's hard to see why all of this required its own disc and couldn't fit on the 4K disc itself. At least the packaging itself is impressive, and comes with a welcome 40 page book on the film.

Akira is an anime classic, so all eyes will be on this 4K release, hoping, praying that it differs from the expensive Japanese 4K set from earlier this year, which was reported to be plagued by DNR. The reality is that it's a near-identical disc globally, and whatever problems there are, fans will have to live with.

Those who have owned the feature on every format will be frustrated this new 4K restoration came at such a figuratively high cost (and literally, if you check the tag)

For those more forgiving, Manga Entertainment UK's 4K Blu-ray release of Akira is still a stunner, and - DNR notwithstanding - an otherwise flawless upgrade of a presentation in native 4K (however the fact that there is no HDR layer may well be an issue for fans who want to pick it up - we've reached out to the studio PR to get some answers as to why this disc seems to differ from its preceding Japanese 4K counterpart). The score too sounds superb on the lossless 5.1 tracks although, again, fans may be put off by the lack of original 2.0 Japanese audio. Extras aren't that much to write home about, but it's a good looking set and, whilst many may still balk at the price tag, it's worth considering picking this up in a standard edition somewhere down the line as it is an all-time classic, and it does look tremendous in this 4K 'version'.