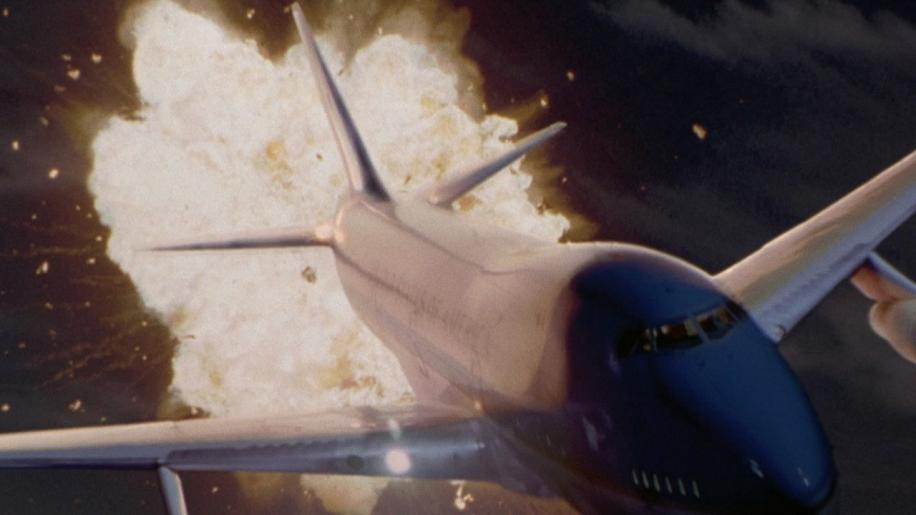 There are some movies that you remember well after you've seen them for the first time, not because they won a wheelbarrow full of Oscars or because they met with great critical acclaim but simply because you thoroughly enjoyed the overall cinematic experience.
I first saw 'Airforce One' back in 1997, not long after its initial release, and I still recall coming away from the picture feeling that I'd been served up a large portion of well made Hollywood escapism - and I guess that's what really matters to most people. To feel that you've been well entertained, frightened, had a good laugh or had your human emotion chip stimulated in one way or another.

The movie was big and perfectly suited to the vast expanse of the widescreen image area. The action set pieces demanded the use of surround sound, whether it be for the gunfire with spent bullet casings tinkling to the floor or for the effect of a huge Boeing 747 swooping around above your head and crossing from left to right.
It wasn't only a movie about visuals and great audio, it was also a movie about an engrossing storyline, believably played out by actors who knew their craft with the ability to suspend the disbelief of a modern day audience.
On all the above points, 'Airforce One' ticks every box.

Take a simple plot, the hi-jacking of a jet containing the President of the USA - the Air Force One of the title, as that is the name given to any aeroplane carrying the Premier.
President Marshall (Harrison Ford) has been to Moscow and has given a stirring speech outlining America's new "Zero-tolerance" policy on terrorism. On the flight home Russian terrorists, disguised as journalists, hi-jack Air Force One and take the passengers (including his wife and daughter) hostage. The terrorists plan to execute one hostage every half-hour unless their demands are met. They want the Vice President (Glenn Close) to arrange for Moscow to release their leader, General Redek. During the confusion of the assault on the plane they think that the President has left in the escape pod but in reality he is still on board attempting to regain control of the plane and rescue his wife and daughter.
The President is a former soldier and Medal of Honour winner, so things might not go as smoothly as the terrorists wish.

Harrison Ford is probably the only actor who could have pulled this off successfully, without the whole audience laughing in disbelief. He portrays a man who does what he thinks right rather than politically correct to perfection. We see the anguish on his face as he, the family man, has to take decisions while his wife and daughter's lives are in danger. We see him work out his plan in a practical way then with grit and guts vanquishes the bad guys. Don't we all wish that our political leaders were this heroic and pro-active? It certainly couldn't do Gordon Brown's career any harm.

Gary Oldman as Ivan Korshunov, the leader of the terrorist group on the plane, makes us believe that he is a fanatic. It's all in the eyes. We see him callously murder hostages as, to him, achieving his objective is all that matters. He keeps a firm rein on the display of madness that a lesser actor would have let go and over played. Oldman shows us the terrorist who wants to be understood and perhaps even slightly loved in the scene with the President's daughter. We see a tiny bit of hurt as his explanation that he is also a family man is rejected. This is acting that holds up to the scrutiny of a big close up.

The whole enterprise is confidently handled by director Wolfgang Petersen ('In the Line of Fire', 'Das Boot'). We have a beginning, middle and end with many 'bumps' along the way to keep up the tension and to ensure that the audience's gaze never wanders from the screen for the duration of the movie. This is a director who takes time to tell the story well, rather than resort to the gimmicky editing of action sequences that leave the audience feeling that they're missing out on something.
Perhaps the new look Bond directors should take note that the use of traditional film 'language' communicates such things better than sequences that have been 'quick cut' to the detriment of substance over style.

The movie also succeeds in no small way due to the rousing, patriotic score by Jerry Goldsmith. It soars like the plane of the title with the use of the full orchestra and instils a sense of pride with the brass section. The music is never too big or grand for the picture. It does what movie music should do, it sets the scene then heightens any drama or suspense without being overpowering.

The use of Special Effects in the movie is very convincing. None of it is effects for effects sake. It's all used in context to make the story believable. There may be one or two airborne shots that hint at a 'suss job' but they're not so bad as to pull the audience out of their involvement in the movie. We live in an age when we're all very effects aware, thanks to the constant barrage of 'How they did it' documentaries accompanying many movies - but this picture was made 12 years ago and it still looks very credible when put up against any of the effects laden extravaganzas of today.

All in all, this is one stonking good, rollercoaster thrill ride of a movie that is a rarity due to the fact that it is so well made and concentrates on giving the audience real value for money.