"Clever: digging up our greatest hits." 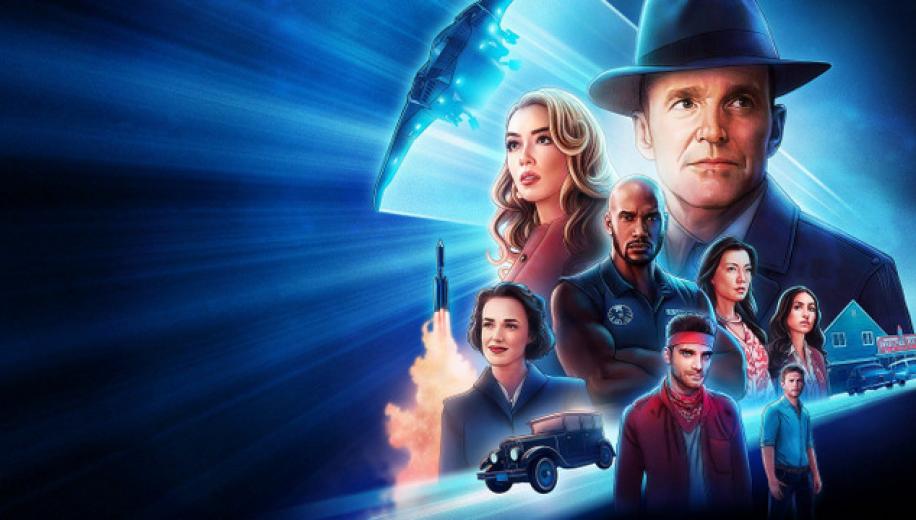 Marvel's longest running TV property goes out with a bang, packing some superbly entertaining time-travel shenanigans into its 13-episode final run and signing off with some fitting, albeit bittersweet, closure.

Agents of S.H.I.E.L.D. - whatever other criticisms might be levelled at it - has maintained consistent unpredictability across its 7 eventful years, with a slightly lightweight first season suddenly becoming utterly unmissable with its cross-over during the events of Captain American: The Winter Soldier. After that, fans were hooked for the ride, which unleashed Terrigen crystals to turn one of the members into a super-hero, dealt with the Inhumans and Terrigen fallout on Earth, saw a soul-sucking clash with Ghostrider, went into space, and fought a wayward AI. Every season enjoyed at least one game-changing twist which shook up the landscape, and this became a defining trait of a show which very much rewarded commitment.

Over the years, these have become characters which fans truly love, putting core favourites through the wringer repeatedly (Coulson's deaths have become a running joke) and arguably doing much the same for even the ones you might have struggled with (Daisy), bringing them back - dead or otherwise - for one final farewell tour. And it's just about as good as anybody could have ever hoped for.

Rewards patience and commitment with some tremendous twists and turns

Faced with a new threat from the time-travelling Chronicoms, SHIELD travel back in time in an effort to stop their opponents from unravelling the future. As they skip across the decades, it becomes clear that the endgame is to bring Hydra to the fore early, and enact a prototype of Project Insight, and the Agents will have to make their greatest sacrifices in order to save the future.

Agents of S.H.I.E.L.D. has come a long way, existing in the same world as the MCU and Endgame, but now set apart from it quite beautifully, with this final time-travelling season taking the opportunity to jump across the ages and revisit some key characters from this wonderful universe, even if not always in a direct fashion, throwing back to Agent Carter, to the Inhumans, to familiar faces from HYDRA and SHIELD across the years.

There's a superb running theme of "what if you could go back in time and kill Hitler before he was a threat?", as parents of key children become targets for both sides during these time-jumps, as well as the collateral damage that spurs these same children into action. It may be just 13 episodes, but Agents of S.H.I.E.L.D. doesn't waste a minute of it, enjoying that playfulness (often courtesy of Clark Gregg) that has become a core characteristic of the show, but maintaining momentum all the way through to the final few episodes, which build to a thunderous conclusion.

Just about as good as anybody could have ever hoped for

The villains are still a weak link (notwithstanding the throwback references) but there's plenty of fun to be had in the decade-skipping, watching as the team get used to the 'new' Coulson, figure out what happened to Yo-Yo's powers, understand why May is suddenly so sensitive and why Simmons is acting strangely. And Fitz's absence may be a thinly-veiled reason for other filming commitments but they just about make it work. Indeed, unlocking the secrets of this final season is almost as compelling as the near-standalone season highlight, Episode 9, which is somewhere between Groundhog Day/Edge of Tomorrow and that magnificent Season 1 opener on Battlestar Galactica, simply titled "33" - a tense forty minutes of your life - and, as you run towards the last couple of episodes of this show, everything becomes strangely melancholy: this is the last time you're ever going to see some of these characters; characters you've followed for over 130 episodes now.

Agents of S.H.I.E.L.D. is definitely not for everybody - as much as it rewards patience and commitment with some tremendous twists and turns, it also plays a long game that is perhaps particularly jarring in an age of binge-watching and attention deficit. Long gone, though, are the days of utter whimsy and frivolity, and this final season is a propulsive - but quintessentially unpredictable - ride that signs off with a bittersweet but very satisfying finale which is everything fans could have hoped for.