Bigger and bolder, with a blue monster and even a blue planet 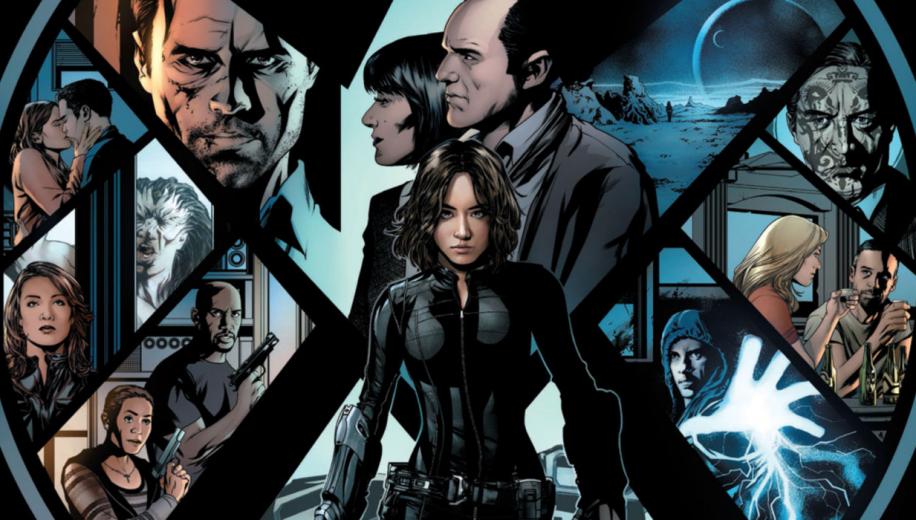 After the game-changing events in the first two seasons, Marvel's Agents of SHIELD continues its path into the wild unknown.

With Inhumans popping up everywhere as a result of the release of the Terrigen, SHIELD is stretched to its limits, and under the further scrutiny of a new Government division, ATCU, who are determined to imprison the emerging Inhumans - whose powers are diverse and unpredictable - as potential terrorist threats. Meanwhile HYDRA takes its nefarious plans in a new and potentially globally devastating direction, as they seek to unleash a power that even they may not be able to control, with renegade Ward still posing some measure of serious unfinished business to the team, who are also still reeling from the loss of frontrunner Agent May, and the disappearance of Agent Simmons into a giant magical cube from another dimension. All in a day's work for SHIELD.
Perhaps the most discrete season of the Marvel show, it's somewhat odd that the MCU didn't better integrate the significant events at the end of Season 2 into the film's stories (in particular Civil War, which might bring it closer in-line with the comic run) but SHIELD is intent on maintaining its direction, heading straight towards the upcoming Inhumans expansion (hopefully resulting in the ditching of the weak link, Daisy) with little interested in keeping pace with its elder siblings. Whilst lacking some of the humour of its earlier seasons - understandable given the heightened stakes - the show is a sharp and engaging watch, remaining a rare series that can maintain quality across a full 22-episode run.

Agents of SHIELD Season 3 continues the standard set by the previous two release, and maintained pretty-much across all of Marvel's output, delivering an excellent 1080p/AVC-encoded High Definition video presentation, framed in the original broadcast aspect ratio of 1.78:1 widescreen. Detail is excellent, picking up the nuances of the show's various settings, from the clinical 'cells' to the perpetually blue planet, with skin textures accurately depicted and clothing weaves - and now even costumes - well-rendered.


This is the best the show has ever looked

It's an impressive form, perhaps the best the show has ever looked, and more expansive in terms of scope and scale than before, changing up a gear from the bright and breezy first season and the dark and ominous second to a more cinematic third outing that occasionally feels not that far removed from its movie big brothers, which bodes well for the impending Inhumans spin-off. The colour scheme handles pretty-much all of the extremes, but obviously the 'blue planet' setting is the most troublesome, offering a little crush and not always delivering the detail as unreservedly in the less stylised real world. For the most part, though, this is a sharp, crisp, clean and eminently demo-worthy TV release. The aural accompaniment is a strong DTS-HD Master Audio 5.1 track that hits all the right notches, often also proving itself a worthy entry in the grander Marvel Universe, delivering a strong thematic undercurrent through the score and bursting with boisterous action sequences that don't hold back in terms of punch.

Dialogue remains firmly prioritised no matter how chaotic the surrounding maestrom, with effects lapping up otherwordly eccentricities as well as the thunder of weapons fire and the roar of the ship's engines. There's some nice dynamics on offer here, with the score further underpinning the production and giving the surrounds yet more to engage with. Whilst it still remains a notch below its cinematic counterparts, it's a very good audio offering nonetheless. Just a few deleted scenes and bloopers, but at least the (first print) package is nice Although heading towards the Inhumans era, there's likely still plenty in store for Marvel's Agents of SHIELD, which is great news if it can continue at this level. This third season looks and sounds tremendous on Blu-ray, and comes in a lavish set that fans will want to pick up.