What a difference the best Marvel movie can make... 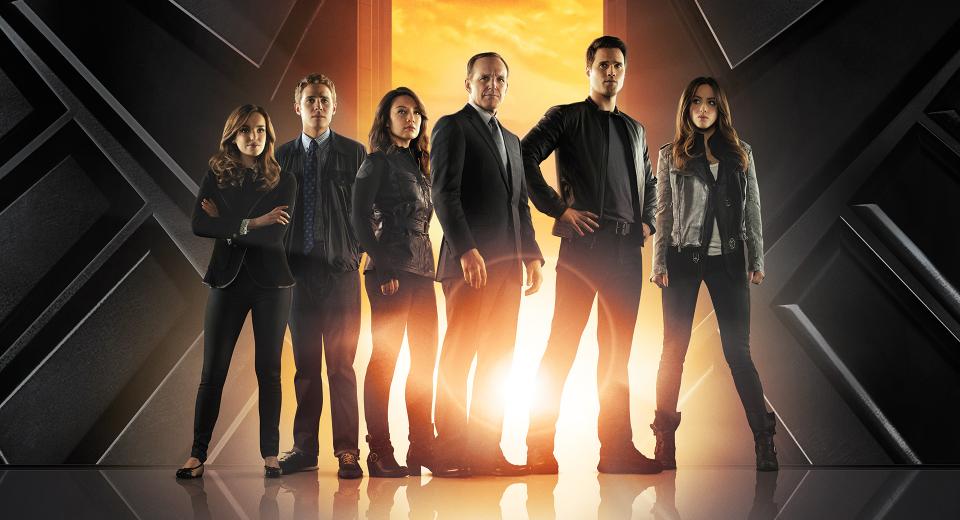 Despite being an extremely hot property, Marvel's Agents of S.H.I.E.L.D. got off to a terrible start, losing many of its viewers within the first few episodes, and only keeping the rest out of a loyalty to all things Marvel.

Since it kick-started as one of the highest rated shows on TV, there were initially no real concerns about the fans it lost along the way, and, even several episodes in, things did not appear to change. The show was plagued by a stilted cast of newcomer characters who were not yet accustomed to their roles; moderately witty Whedon-inspired dialogue that still didn’t live up to the genuine article; and lacklustre super-event-of-the-week plotting which got tiring pretty damn quickly. Coming off the back of the events of Iron Man 3, and taking place concurrently with the rest of the Phase 2 chapters, Agents had all the opportunities to be one of the best shows on TV, acting as a small screen side-dish to the main cinematic courses served throughout 2013 and 2014. Unfortunately it wasn’t, it was a disappointment, at least at first. Then something changed and whilst it’s difficult to know precisely when it happened, Episode 6 was a good start.
For the first time the show actually started to put characters in jeopardy, and developed their personalities along the way. Although it wasn’t until the turning point at Episode 10 when things started to get consistently good. However the best news, particularly for those who struggled past the first four or five episodes, and enjoyed the rest of the way up to the middle of the season, is where things start to interact with the events in Captain America: Winter Soldier. There’s no doubt that those who watched Agents of S.H.I.E.L.D. up to the release of Winter Soldier – in order – and then watched the feature film, and returned to the series immediately after, would have had the best possible experience of Agents. But, for those who watched Winter Soldier first (as is the preferred option over vice versa), there’s no doubt that Agents of S.H.I.E.L.D. – by its very name – is dramatically affected by how things unfold, and suddenly becomes compelling, practically unmissable, viewing for Marvel fans. True to Marvel’s general production standards, the UK Blu-ray release promotes the series with a stunning 1080p/AVC-encoded High Definition video presentation framed in the original broadcast ratio of 1.78:1 widescreen. Detail is excellent throughout, with strong definition, and impressive fine object work, highlighting skin textures, clothing weaves and background flourishes; all without any signs of digital defects or anomalies.


Indeed, the only niggle with the quality of this presentation is that it reveals some of the more budget-constrained effects touches.

The colour scheme is generally bright and vibrant, with vivid strong primaries, healthy skin tones and gorgeous backdrops, but it does shift over the course of production as the stories get darker and the situation more dire – blues and greys encroach and the more colourful tones are dialled down. Black levels are deep and strong, allowing for generally very good night sequences, although not always perfect. Still with almost no signs of any digital issues, and very few reservations indeed, this is a great looking TV show and a striking presentation. The accompanying DTS-HD Master Audio 5.1 track is also an engaging affair, not quite having a voice of its own, but still proving an entertaining offering. Dialogue comes across clearly throughout, largely dominating the front and centre channels where necessary, and remaining coherent despite the lightning-fast West Wing-style spurts. Effects stand out particularly during the more action-driven sequences, with a healthy LFE input thrumming beneath you as gunshots and explosions ring out and around you. The surrounds get in on the action, with a dynamic sound design that showcases a welcome directionality and brings a strong rear input too.


Whilst not a competitor to the best-crafted TV shows out there, it still frequently ventures into demo territory.

Although far from overwhelming, there’s still plenty on offer here, covering all of the bases. Whilst half a dozen or more Commentaries may have been preferable, the two that we do get are high quality, with contributions from most of the main cast and crew members. The Assembling a Universe overview Documentary kick-starts the rest of the features, with a quintet of short mini-Featurettes looking at key moments during the first season, as well as a couple of VFX breakdown Featurettes to accompany them. There’s a 13 minute Comic-Con Featurette as well as 7 minutes’ worth of Deleted Scenes split into 8 segments, as well as a short Gag Reel which is actually quite funny. It’s difficult to know what went wrong at the start of Marvel’s flagship TV series, which was supposed to seamlessly compliment the feature films in Phase 2 of its Marvel Cinematic Universe cycle, but, particularly for those who gave up after just a few episodes (it isn’t unreasonable to expect a show to have hooked you after its first 4 or 5 episodes), you should seriously reconsider that decision. A slow starter, Agents is now an integral part of Marvel Universe – its characters, character-arcs, interaction with the MCU, scripting, and stories now more worthy of the Marvel label. It just took a while to get there. Let’s hope that Season 2 keeps things up.


Turning off a lot of viewers along the way, Agents eventually earned its stripes as a worthy – and even sometimes integral – part of the Marvel Universe.

This UK Blu-ray release of the complete first season sports excellent video and strong audio, as well as a decent selection of extra features too. Fans of all things Marvel should consider it a solid purchase, whilst those who either didn’t bother, or gave up after a few episodes, should definitely give it another try. It’s still far from flawless but it certainly – eventually – grew into the show that it should have arguably been from day one.