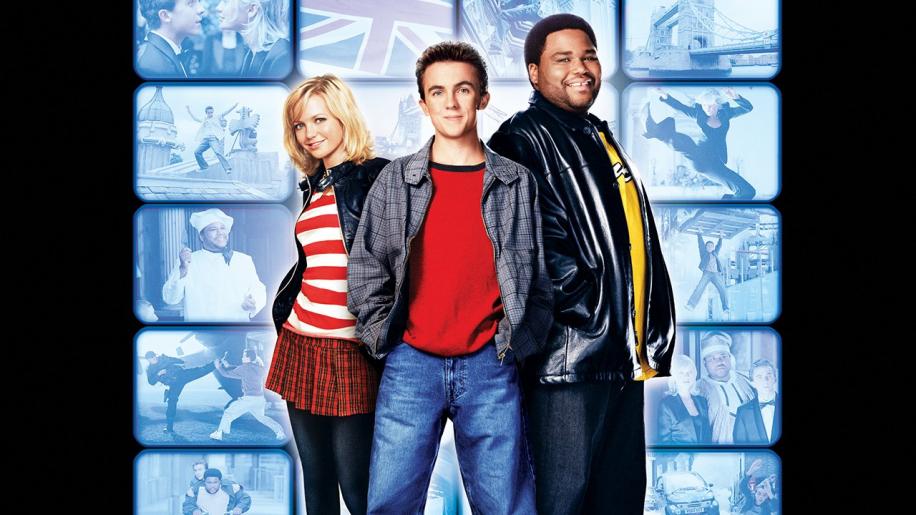 Reminiscent of the films of the Children's Film Foundation in the 70's and 80's, Cody Banks 2 is the inevitable sequel to Agent Cody Banks, 2003s modest sleeper hit. As those great films of the CFF did, Cody 2 places adolescent children in positions of authority and influence; in this case Cody Banks (Frankie Muniz) is a 16 yr old CIA agent. Instead of going to summer camp he goes to basic training camp cunningly disguised as summer camp. Whilst at camp he unwittingly assists in the escape of a rogue CIA agent, Diaz (Keith Allen), who steals the computer code allowing mind control. The CIA track Diaz to London where the G7 summit is about to take place. It is clear that Diaz plans to take control of the minds of the world's most powerful leaders for his own nefarious ends. Cody is placed undercover in London as a visiting student at an elite musical academy where he teams up with Derek (Anthony Anderson) his handler, in order to capture Diaz and recover the mind control device.

I come to Cody 2 with a clean eye, as the original was not on my must see movie radar and so passed me by on it's release. As mentioned above, watching this movie was like a walk down memory lane to my Saturday morning childhoods spent watching films at the local fleapit. Cody 2 brings big budget movie making to a young audience with a very entertaining comedy action adventure. Admittedly the comedy, almost all of which is provided by Anthony Anderson doing his “boy from da hood out of water” routine (see Kangaroo Jack for a further example of this), is paper thin, and the action lacks tension and a sense of threat with fight scenes for example, that are so wooden that the choreography is plain to see. Some heavy handed editing of action scenes also reduces their impact. The success of this type of movie is largely dependent on the ability of the young cast to engage the viewer emotionally. This is done extremely well by the two young leads Frankie Muniz (from the excellent Malcolm in the Middle series), and S Club 7 alumni, Hannah Spearitt. Director Kevin Allen (The Big Tease) indulges in a little nepotism by employing brother Keith as Diaz. I have a great deal of respect for Keith Allen as an actor, but if he is in it for the paycheck he does tend to phone in his performance. This is one of those occasions. He seems reluctant and disinterested and sleep walks through his villainous gurnings.

Clearly I am not in the target demographic for this movie, nevertheless the worthy acting by the endearing leads, and the high production values will mean its target audience (8-15) will thoroughly enjoy. As a footnote London has never looked better in a Hollywood movie so a big thumbs up to Kevin Allen for that.