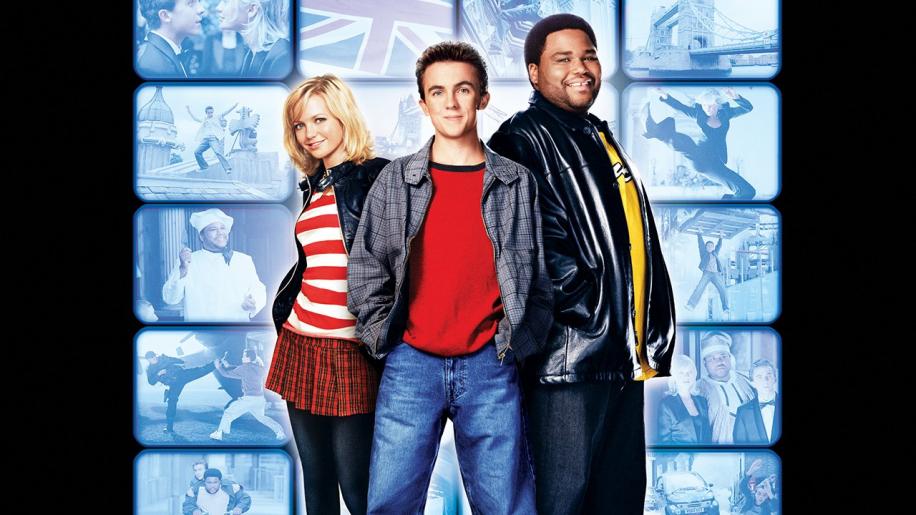 Wow! If only MGM brought such wonderful encoding to all its adult spy titles (I'm talking James Bond guys). Cody 2 has a simply stunning encoding. The colours are absolutely retina scorching in their richness and depth. Primary colours leap off the screen screaming, “Look at me, look at me”. Take a look at those reds on the London buses, or the Beef Eater uniforms, the lush greens in the early training scenes at Camp Woody. Detail is equally vivid, Mr Muniz teenage acne problem is clearly visible. Dark scenes continue to impress with the campfire scene producing delightful shadow detail as the orange flames flicker across faces leaving deep shadows and highlights all accurately reproduced. Why does it lose a mark then? Well a few small amounts of edge enhancement in busy scenes such as the fight in the Queens gift room.

Although I did not watch the whole film through again, side two contains a full screen encoding which appears every bit as good as the widescreen presentation on side one.

While not quite as proficient as the picture quality the soundtrack does not lag far behind. A bright and enthusiastic score paces the movie well and fills the viewing room with a bubbly upbeat tempo. The Dolby Digital 5.1 track also provides excellent spaciousness with a subtle but effective front soundstage, and precise, clean dialogue. The campfire singing scene is a great example of the subtlety of the track with voices from the campers filling the surround channels while the fire crackles in the foreground and crickets chirrup in the distance, lovely.

Credit should be given to MGM and the films producers for trying a few new things in this disc. Again they are suited to its target audience rather than an adult one, but you can't blame them for this. First up, instead of the standard actors commentary we have what MGM terms a “Visual Cast Commentary”. This consists of actors Frankie Muniz, Anthony Anderson and Hannah Spearitt appearing onscreen at various points in the movie to discuss with each other a particular scene or experience. This was an interesting and largely successful ploy. It did interrupt the flow of the movie, and some of the actors observations where somewhat bland, but I found the technique engaging and would look forward to seeing it more often. Agent Mode Interactive Quiz also interrupts the movie this time to ask questions based on observation of the onscreen action. If you have been paying attention to the film you will be able to answer the MCQ questions. If you answer everyone successfully you will be rewarded with some bonus footage. Included in the package is a standard fluffy making of featurette, deleted scenes and theatrical trailer. A nice package.

A pretty good childrens comedy adventure is married to top notch production values and a varied and interesting extras package to produce a recommended disc, although adults will probably only want to view once.