Against The Ropes DVD Review 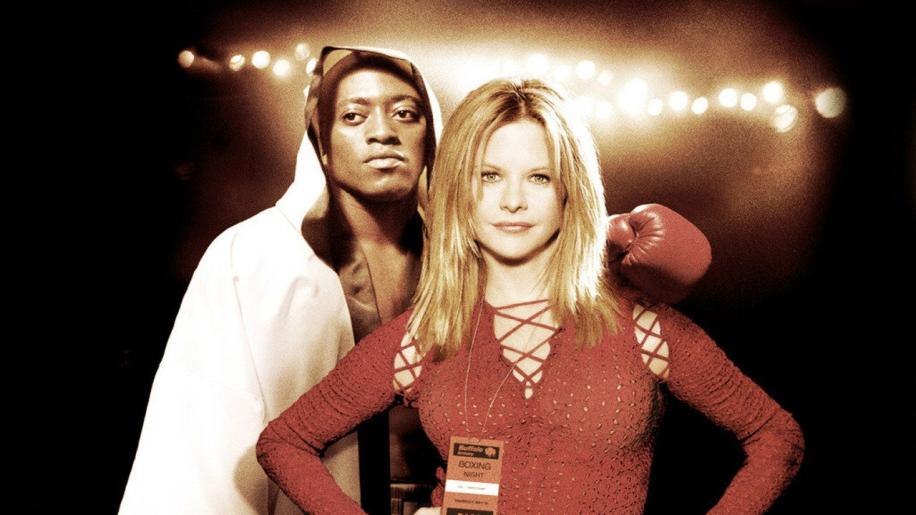 Despite the “averageness” of the film itself, image wise things are really quite good. Video noise, or grain, is notable by its absence and I didn't notice any evidence of edge enhancement. Colours are vibrant and rich and there's a real filmic 3-D quality on display here. At times image quality is so clean and sharp that the grittiness that one associates with the often-seedy boxing gym scene seems at odds with the almost clinically clean, and colourful image on display. It may sound odd, but I think I would actually prefer those scenes to have a slightly softer, grainy look to them - that's a first for me... wanting a less than pristine image!

The only negative aspect regarding picture quality is the small nicks/scratches to the print, which are sometimes noticeable, aside from that - this is really pretty much a top notch effort. Against The Ropes is not really that kind of movie audio-wise, with little opportunity to fill the average sized DVD viewing room with surround effects of the highest order - this is, after all, a fairly dialogue driven movie for a lot of the time, and the Dolby Digital 5.1 (448Kbps) has little to really impress. That being said, the rear soundstage does fill in nicely during the slightly fluffy fight scenes, when your sub woofer at least gets an opportunity to express itself.

I feel I should make special mention of the music soundtrack... it's almost a Rocky clone, at times... albeit a fluffy feel good version! Like the movie itself, the supplemental features are best described as “fluffy” with both A Ringside Seat and Queen Of The Ring: Jackie Callen Then & Now being fairly interesting run of the mill fillers. Hey, I just realised - this is a chicks movie, that's why I keep referring to it as fluffy!

If you're a Jackie Callen fan then the extras will no doubt be of interest. For everyone else, it's all (what little of them there is) standard stuff. With fight scenes that make Elvis' Kid Galahad seem almost authentic by comparison, Against The Ropes goes where many have gone before. View it as a made for TV movie and you're unlikely to be too disappointed. In this day and age of mega blockbusters and intricate character-driven movies it just doesn't have what it takes for me to recommend it as a keeper - this is typical rental fare. Having said all that, my mother and my lovely wife were virtually on their feet during the final fight scenes! I can only assume that this means my review is a reasonably fair one!! (Sorry mum).