The aftermath of Arnie's action career 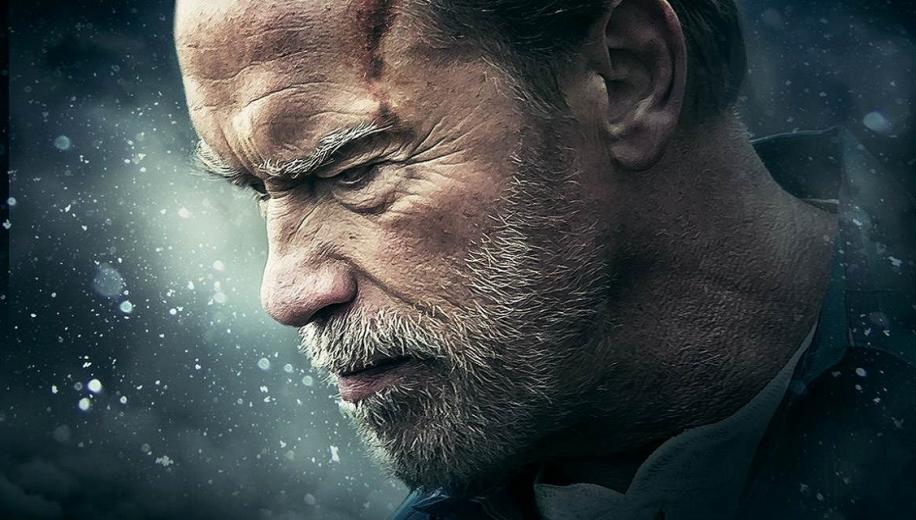 Trying his hardest to diversify his roles in the twilight of his career, dramas like Aftermath may not quite work, but at least they earn Arnie an 'A' for effort.

The tragic true story, involving a devastating plane crash and the impact upon the lives of both the families of the victims and also those responsible for air traffic control at the time, is horrific enough in its own right. Elliot Lester's small scale feature (the fourth in a fairly low-key film history) tells a dual tale, mostly from the point of view of Arnold Schwarzenegger's distraught husband and father, but also from the angle of Scoot McNairy's air traffic controller, himself a husband and father, who sees his whole life turned upside down too. Aftermath finds its emotional core in key real events, rather than superficiality afforded by heavy-handed directorial tactics or a clumsy script but, by the same token, it brings little else to the table.
Thankfully neither actor needs to (or attempts to) powerhouse their way through the piece, with both given a couple of standout emotional sequences, but otherwise merely brimming with subtle, understated pain and anguish. In some respects this leaves Arnie's efforts quite manageable for the traditionally action-driven actor, but it's still a commendable change up in gear (as was his zombie drama Maggie). The trouble is that the interpretation of the events doesn't go far enough in its look into the fabled aftermath of the tragedy and, ironically, the aftermath of the tragedies that spring from it. It paints powerful snapshots of tortured characters but never quite manages to bring their inner turmoil into complete focus.

Aftermath safely lands in the UK with a Region B-locked Blu-ray sporting a strong and faithful 1080p/AVC-encoded High Definition video presentation, framed in the film's original theatrical aspect ratio of 2.39:1 widescreen. Faithful is the operative word mainly because the director's style of filming (as was evident in his earlier Statham actioner Blitz) favours shooting on film with anamorphic lenses that produce that strange focus effect, leaving the corners of the frame softer and out of focus but the core elements often razor-sharp. It's a very cinematic look - in the horrific crash site scene, for example, it does suit the mood and heighten the emotional impact, blurring the edges to focus on the main character kneeling in the snow - but, in the digital age, it can get frustrating, and for a drama like Aftermath (and, arguably, an action-thriller like Blitz), it's perhaps not the kind of style that audiences would be familiar with for that genre.


A faithful rendition of the director's intended presentation of the film

As a result of all of this, the image here looks quite out of focus at times, with only core elements in focus, whilst the rest is smoothed over. That's not to say that detail cannot impress at times or that we don't get some nice textures and nuances observed across the frame. The colour scheme is intentionally dour, robbed of almost any vibrancy or primary pop - but that's again to suit the material. Black levels are reasonably strong but do have occasion to falter and, overall, it's not always a very pretty picture - nor necessarily the look you would expect for this kind of piece - but it is still a faithful reflection of the director's intended presentation of the film.

A solid enough presentation of the source material

The accompanying DTS-HD Master Audio 5.1 track is also a solid, faithful piece of work, but doesn't have a great deal to play with. Building sites and airports buzz, as do frenzied reporters, and there are a few nice moments of more engulfing furore, but it's mostly a reserved affair, emphasising the brimming intensity of the undercurrent of grief. Dialogue remains firmly prioritised across the frontal array, delivered with clarity throughout, whilst effects are nominal but authentic - plenty of shots of planes cutting through the blue sky above, and plenty of accompanying sound effects of planes to mirror the thoughts of the lead characters. The score knows the right times to play its part, but seldom imposes itself upon the piece except, when necessary, during a couple of scenes. There's nothing here that could be regarded as coming even close to demo worthy, but it's a solid enough presentation of the source material.

Aftermath is a decent enough one-watch movie, most remarkable for being one of the rare endeavours where Arnie appears to be required to act. His work in that regard is certainly commendable. The UK release offers faithful video and audio but absolutely no extras, however it's a decent enough release for fans of the film.