After the Sunset Movie Review 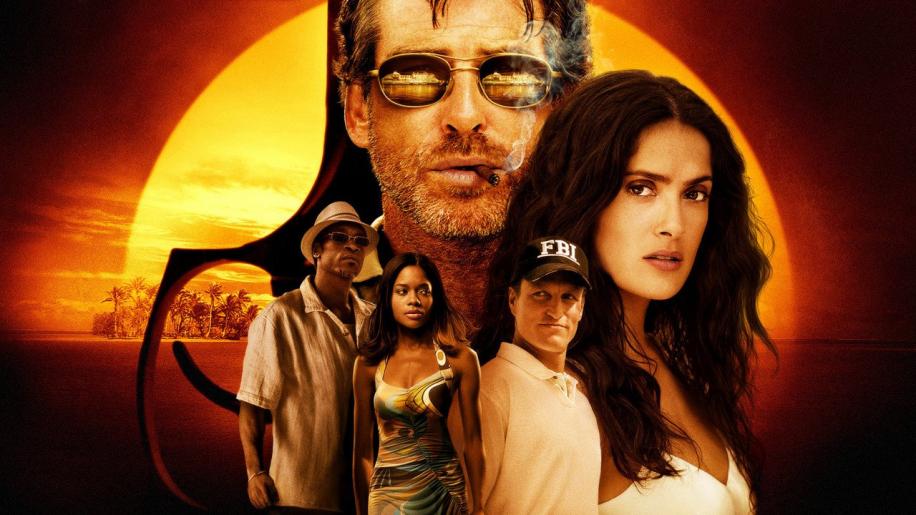 Let me start with saying that I saw the trailer for this ages ago and though it looked really good. Then, disaster struck with 4 simple words “Directed by Brett Ratner”. For those who don't know his early cinematic triumphs, let me refresh your memories - Rush Hour, Rush Hour 2 and Red Dragon. The Rush Hour movies are dumb lets not mince words here, being typical action/buddy movies with no real originality rotating around a tired joke. Things however improved with Red Dragon (OK it's not Manhunter but that's another debate). I quite liked Red Dragon, probably due to a particularly decent cast. But this looked fun, with a decent cast, but just a little trepidation due to it slipping back into Rush Hour territory. The story starts with Max and Lola (Brosnan and Hayek), who are lovers as well as diamond thieves, committing what appears to be their last heist from FBI agent Stan Lloyd (Harrelson) of the second Napoleon diamond. They then proceed to retire to a Caribbean Island, where Lola loves the good life, but Max is quite clearly bored and restless. Lloyd follows them to the island, as a typical agent after his prey, and brings Max's attention to the only Diamond they haven't (allegedly) stolen. Enter Henri Mooré (Don Cheadle), the local villain, who suggests that Max steals to the diamond to help the local economy and eventually you know the heist is going to be on.

I quite enjoyed this movie, it's quite economical with it's running time, which means it doesn't really lag and gets to the end without you wishing it would hurry. Cast wise, it's nice to see Brosnan showing his comedy side again, as does Harrelson, which wouldn't surprise me if they are cast again in another “buddy” movie. Don Cheadle's appearance is reasonably short, but he's always worth watching. Salma Hayek is absolutely gorgeous here, clearly not afraid to show off her curves (and she does, many, many times) and is definitely not just eye candy here, showing decent comedy skills as well as cleavage (which to be fair was bordering on over exposure). In fact, due to the story unfolding mostly on an island, we get to see a lot of skin (think Baywatch without the plastic and skimpier costumes). The biggest shock, in so far as I didn't recognise her initially is Naomie Harris, last seen as Selena in “28 Days Later”, who looks totally different here, but her accent's not the best it has to be said. Story line wise, this isn't going to win awards for depth, as it's clearly hokum. Hokum that's very enjoyable nonetheless, although the ending is a little bit trite. Still, as heist movies go, it's not in the same “coolness” league as Ocean's Eleven, but it is good fun with some very funny lines. If you like heist movies, comedy or just want to see a lot of Salma Hayek, pop this on your shopping list.