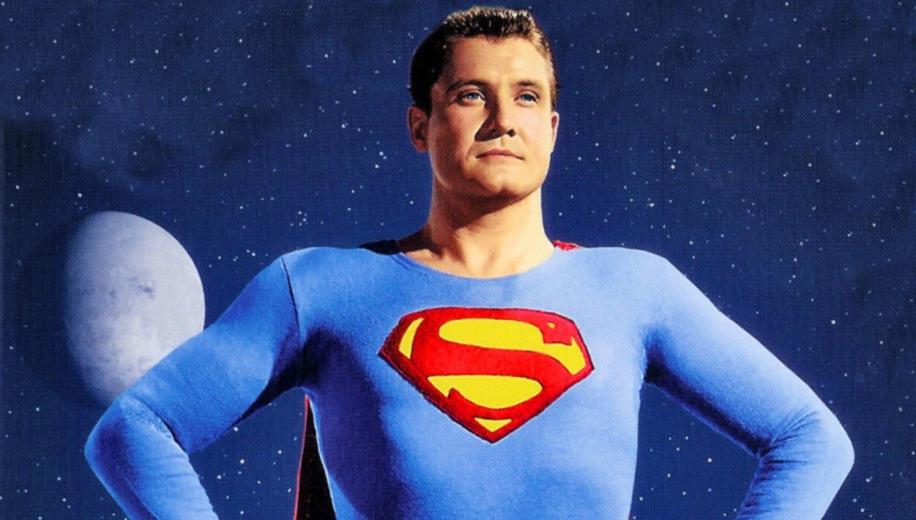 Superman has seen many different incarnations over the years. One of the most popular superheroes in existence, Christopher Reeves will probably be best remembered for taking up the reins in the Eighties, although over the decades we have seen the tight red and blue constume adopted by many others, whether Dean Cain in the popular TV series, Tim Daly voicing the entertaining animated interpretation or Tom Welling playing a young Clark Kent in the teen Superman TV show, Smallville. Now we are all eagerly awaiting Brian 'X-Men' Singer's new vision (although I have to say that it appears - at least from the trailers - to add very little to what has gone before, other than flashy new CGI) and so it is as good a time as any to go back and revisit the various Superman productions that have been brought to life over the years, the first of which was probably this fifties black and white TV show that followed the Man of Steel's exploits.

Starting with the classic 'faster than a speeding bullet...' narration, this second series follows the already established characters of reporters Clark Kent and Lois Lane and photographer Jimmy Olsen, who work for the Daily Planet, run by Perry White. They report the biggest stories within the imaginary city of Metropolis, most of which involve Superman, a being from another planet with super powers, who also happens to have integrated himself into society by posing as the aforementioned reporter Clark Kent (It's amazing what a pair of chunky glasses and a slightly different hairstyle will do to fool people).

We see Superman solving crime, rescuing innocent people and averting disasters all across the city. His identity is almost revealed several times (whether by amateur photographers or a super-computer that figures it out), he faces off against criminals posing as Superman, criminals who use lead to protect their identity from him and also those that figure out his ultimate weakness - Kryptonite. He is even made radioactive after a nuclear accident. Of course, he always comes out on top, as you might expect for a man fighting for 'truth, justice and the American Way' (whatever 'Way' that is).

The effects are pretty poor, the dialogue hackneyed, the characters wooden and the plots predictable, but these are still warm, classic tales of the Man of Steel that fans (particularly older generation fans) will be eager to revisit, especially on the eve of the new Hollywood Blockbuster vision.