Across the Universe Movie Review 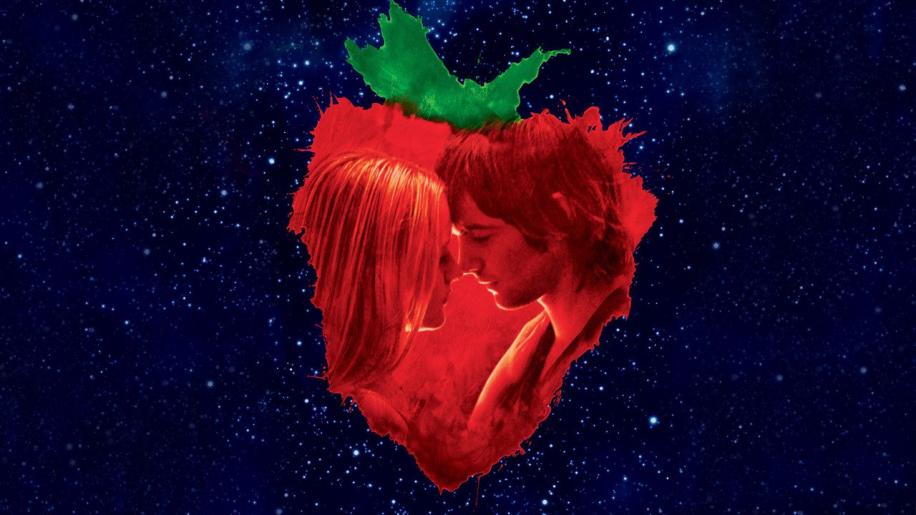 There are times when Hollywood makes a movie-goer feel like slitting their wrists. When you are constantly served up “Generic Action Sequel Number 3”, it is possible to get jaded with the whole experience of watching and reviewing films. But in a year that produced a few shining gems amongst the mediocrity, no film shone brighter that Julie Taymor's Across The Universe

The premise is audacious, the execution bold, and the result is a film quite unlike anything you may have seen before. Taymor is the visionary behind The Lion King stage show - a visual triumph. She has also directed a version of Titus Andronicus with Anthony Hopkins, so she has some background in film. For this film, however, she attempts something very brave indeed. To many, including this reviewer, the Beatle's catalogue is sacrosanct. The music and lyrics are perfect, and should not be touched, let alone covered. But Taymor has no regard for convention. She has decided to tell a love story set against the background of later '60s turmoil, and set it to a soundtrack of Beatle's songs sung by unknowns.

The film opens with young Jude sitting on a windswept Northern beach singing to camera the lyrics to Girl :

“Is there anybody going to listen to my story

All about the girl who came to stay?

She's the kind of girl

you want so much it make you sorry

Still you don't regret a single day”
It is a beautiful beginning, full of yearning and desire and really sung in a wonderful way by the young newcomer Jim Sturgess. This scene is absolutely key. If he carries this off, then he will draw the viewer in immediately. Mess up the performance and the whole film could struggle. The actor absolutely nails it.

From here, Taymor manages to weave a story which may sound hackneyed on the page, but really does work on screen. Jude has a steady girlfriend in Liverpool, but chooses to travel to America - to find the GI Dad he never knew. Once there he falls in love with an American girl Lucy (Evan Rachel Wood) and with her and her brother travels to New York and falls in with a community in a house owned by Sadie (Dana Fuchs). Sadie is a singer with a local band, and the group is complete when bisexual Prudence (T V Carpio) comes in through the bathroom window, and guitarist JoJo (Martin Luthor) move in to the house.

The politics of the time intrude though, as Max (Joe Anderson) is drafted to Vietnam, and protests and counter culture intrude ever more into the character's lives. Finally, as Jude and Lucy's relationship begins to crumble, Jude gets deported and it seems like the end for our star crossed couple. But will true love win through in the end?

The easiest way to sum up this movie is to say that this is the film that the Sgt. Peppers era Beatles would have made if they had a visionary director and a Hollywood budget. The sheer reverence that Taymor and the young cast show for the source material is quite simply beautiful in places. Whether it is Prudence singing a doomed song of love for the cheerleader she loves from afar (I Want to Hold Your Hand), or an incredibly moving rendition of Let It Be against a background of Vietnam burials, this films stirs emotions, and brings stories out of the music that you quite simply never imagined before.

Taymor also shows a great knowledge of Beatle's back catalogue. When someone asks Jude where Prudence came from, he remarks that she “came in through the bathroom window”. A character remarks that Max seems like a nice lad, only for her friend to remark “Yes, but he might have murdered his parents with a hammer for all we know”. Sometimes, events in the film mirror real life. Lennon wrote the achingly beautiful Dear Prudence for Mia Farrow's sister when she got down and refused to come out of her room. In this film, the song is used for the exact same purpose. It shows a respect for the source material that only a Beatle's fan could truly appreciate, without alienating those less familiar with the groups work.

All this, of course, would be nothing without the brilliant naturalistic performances of the actors and actresses involved in this endeavour. It would really be unfair of me to single any particular actor out as shining as it is truly an ensemble piece, with every actor being both believable and performing their songs wonderfully. However, it would be fair to single two actors out for dragging things down. Firstly, is the absolutely woeful Eddie Izzard as Mr. Kite. Luckily he only performs in one brief scene which is a relief as he is totally awful and ruins the song he is charged with singing Being for the Benefit of Mr. Kite . Very slightly better is Bono as Dr. Robert, a psychedelic mystic, but he is still so over the top that he fails to convince. These two missteps, if anything, only serve to highlight how well the cast of mostly unknowns do with the material.

However, with such a brave, visionary film there are bound to be missteps and Taymor often over-reaches herself in terms of ambition. The whole middle section with Dr. Robert and Mr. Kite could quite easily have been excised, and other scenes where she lets the psychedelia overtake proceedings tend to grate a little. The length of the film is also a little excessive - running at over two hours you do occasionally feel that a few judicious trims may have helped the film. But when you get such powerful scenes such as I want You (She's so Heavy) being used over scenes of soldiers being packed up and shipped off to Vietnam, and Because accompanying naked actors writhing in water - seemingly suspended in time and space, you realise the positives far outweigh the negatives. There are some wonderful images here.

Across The Universe is an antidote to sterile, boring cinema. It may not always succeed, but where it fails it only does so because it sets its own bar so high. The film offers haunting renditions of classic songs, married to a clever storyline, and garnishes it with beautiful, naturalistic performances. The average cinema goer who is yearning for something different should love this film. You would think Beatle's fans would deplore it, but speaking as one myself I discovered that this film actually enriches the band's catalogue.

This is brave, visionary, stunning film-making and really does deserve to be seen.