Time for a dose of affordable quality AV 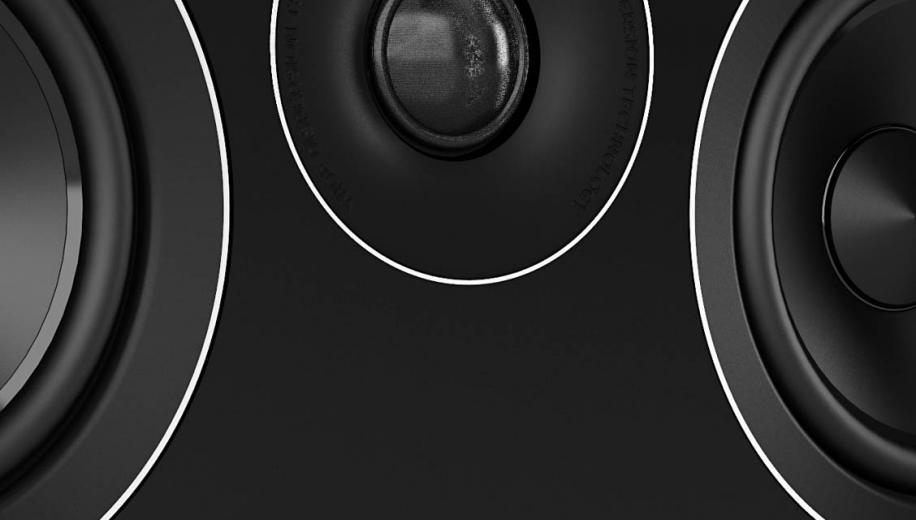 What is the Acoustic Energy 100 Series package?

The Acoustic Energy 100 Series is the entry level range of speakers from the company and one that contests the extremely hard fought ‘£200 standmount’ category that has in part re-awakened as a result of the stereo revival. Acoustic Energy is a company that has generally maintained a strong presence in multichannel too though and the 100 Series has the accoutrements to be used as a 5.1 system as you see here.

This puts the 100 Series into a smaller grouping of speakers but one that goes up against an elephant in the room in the form of the newly released Q Acoustics 3000i Series. At the time of writing (June 2018), we haven’t tested these but given that the 3000 Series were outstanding until the day they finished production, it won’t be too great a stretch of imagination to guess that they’ll be good. As such the 100 Series has its work cut out.

Not only does the 100 Series have this stiff challenge, it also represents Acoustic Energy’s continued repositioning in terms of the materials and some aspects of the design of their speakers. The 100 Series has the tricky job of doing the things that the brand’s faithful like while also broadening the appeal to a wider audience. To this end, there are a number of design touches and features that hark back to the earlier years of the company while plenty of others that are all new. Does this work out and can this AV pack challenge the established order. Many aspects of the 100 Series specification have been covered in the solo review of the 100 standmount so I will forego repeating them all here. At its core, the entire range of passive speakers is built around the same two drivers. The first is a 25mm soft dome tweeter that is built into a shallow but visible waveguide arrangement which improves the dispersion of high frequency signals over the perceived listening area.

This is partnered with a 4 inch doped paper mid bass driver. 4 inches is pretty small for a driver of this nature but there are a few things in its favour. The first is that the measurement itself is taken edge to edge of the dish of the driver rather than edge to edge which puts it closer to a 4.5 inch design. The second is that the 100 Series is geared around extracting the maximum bang for your buck from the driver itself. The throw is extremely long which should aid bass response while the smaller radiating area should allow for faster transient response.

Giving the driver a further useful boost is a slot type bass port that is intended to offer a significant radiating area while controlling the air movement and allowing for a clean throughput of air. All the passive models in the range make use of the same basic port arrangement and all of them boast some impressively deep claimed frequency roll off figures. This is further aided by extremely solid feeling cabinets that ensure that none of the driver activity is wasted. The AE109 floorstander goes one step further with this process too. Each cabinet comes ready mass loaded making them impressively hefty devices. The AE109 is also something of a nod in layout and design to the original AE109 from the nineties that was something of an icon at the time (helped in part by Acoustic Energy selling a busload of them). The twin mid bass and single tweeter configuration of the AE109 is replicated by the AE107 tweeter and the intention is that the movement of effects across the front speakers should be entirely consistent.

Given that the passive speakers claim a very low roll off point, the AE108 subwoofer can look a little on the small side- and indeed only claims to increase the absolute frequency response of the package by 10Hz or so. The configuration is traditional enough; a single downward firing 8 inch doped paper driver powered by a 150 watt internal amp. There is no port or passive radiator which means that placing the sub is pretty straightforward, helped by the sturdy spiked feet. The controls are fairly limited- volume crossover and a phase switch which means that where possible, you’ll want to hand over control to your AV receiver.

Aesthetically, the 100 Series is rather clever. In terms of their design, they share precious little in common with the speakers that they hark back to- and whether that is a good or bad thing is going to come down to a healthy dose of subjectivity, as we’ll come to - but they still look and feel like Acoustic Energy products. The pointed dustcap, the narrow but deep cabinet design and the general proportions are exactly in keeping with what you expect. Other touches are more modern but no less appealing like the magnetic grille fixings, the sturdy terminals and the very pleasing addition of a remote control for the sub. The general standard of build is good too. The cabinets feel solid and well assembled and the black sheen finish is a pleasant one - and seems to be considerably less of a dust magnet than a gloss finish. A walnut option is also available which gives the speakers a more traditional look and is reasonably ‘real’ looking. Some people might be after a white finish but the two options should be enough to get something that works in most rooms.

The mass loading of the AE109 cabinet also has the neat side effect of considerably improving its performance in stability tests that in turn means that you can attach spikes directly to the underside without needing to use feet or outriggers which helps keep the footprint commendably small. This compact arrangement applies to the whole range and there is a sense- conscious or otherwise- that with full size speaker packages under threat from smaller options, Acoustic Energy has ensured that the 100 Series takes up as little room as possible.

The only real omission from the range is any form of effects speaker or even something that could be adapted for use as one. There is of course the very valid notion that just how many people will be going for Atmos as this price point but Acoustic Energy has largely ensured that the answer in their case will be none. There are of course considerable attendant costs around making something so specialist but there is also the idea that there is nothing ventured, nothing gained. They still look and feel like Acoustic Energy products

How was the Acoustic Energy 100 Series pack tested?

The 100 Series was connected up to a NAD T777v3 AV Receiver with a Cambridge Audio 752BD blu ray player, Sky HD and Playstation 4 acting as sources along with the NAD’s own Blu OS module. An LG 55B7 OLED acted as both screen and the access point for Netflix and Amazon on demand services. All equipment was connected to an IsoTek Evo 3 Corvus mains conditioning block. Test material included Blu Ray, live and on demand TV from a selection of sources as well as lossless and high res FLAC and AIFF material with some Tidal and Spotify. At the most basic level, the Acoustic Energy pack gets some of the fundamentals right. The sensitivity levels are decent enough to ensure that they shouldn’t present a serious challenge to all but the most underpowered of AV Receivers. The impedance also appears to be entirely benign. In short, this is a speaker package that should deliver its performance via almost anything.

And there is much to like about the way that they perform. Selecting Jurassic World and letting rip with the attempts to corner and handle the Indominus Rex are handled extremely well. The task of handling dialogue when on screen action goes crazy is done with commendable ability and even when events go ballistic, there is a sense of order and cohesion that is very pleasing and makes them easy to listen to for extended sessions. One thing that helps this is the extremely good sense of panning both across the front arc of and from the front to back of the room is very impressive for a collection of monopole speakers. Part of this is down to the exceptionally even handed manner in which the NAD goes about its business but the 100 Series clearly has some skills of its own.

There is also a well judged sense of refinement that helps this sense of being able to listen to them for long periods. Acoustic Energy speakers of old could tend towards the thrilling but at the expense of being a little fatiguing when used long term. The present generation is undoubtedly a little smoother and softer but this makes them rather easier to live with and the balancing act has been worked sufficiently well that this is still a lively and dynamic set of speakers to listen to. The Thunder Hollow demolition derby in Cars 3 has a sense of life and, well, energy that is extremely encouraging. Really push them to stupid levels and they harden up a little but not chronically so and certainly no worse than their rivals. Not everything is entirely perfect. The AE108 subwoofer is quick on its feet and has decent tonality but it doesn’t have the low end extension required to really fill out the low end in the manner that you might hope for. It’s a compact and inconspicuous option but £380 might be better spent on something like a BK Electronics P300 SB, particularly if you have a larger room. The remote control is a real boon though. While I’m fortunate enough to have the ability to tweak sub levels on the go with my AV Receiver, if you don’t have that, it’s handy to be able to tweak levels depending on what you are listening to. This is especially true with the wildly variable levels of broadcast TV.

For two channel music though, you’ll simply want to turn the sub off and let the AE109 strut its stuff. This is a really well realised compact floorstander that hits impressively hard for something the size and shape it is. The fabulous Caer by Twin Shadow sounds potent and lively with a real sense of drive and dynamics to the music and an ability to engage on an emotional level as much as a cerebral one. If the Q Acoustics 3000i turns up to be an improvement on the outgoing version, it is likely that the AE109 might have to give a little ground in terms of sheer accuracy but there’s a joy to the way it makes music that is very hard not to like. In days of old, Acoustic Energy was the brand that gave you oodles of bang for your buck at the expense of an ever so slightly rough and ready presentation and finish. The 100 Series is a very clever edit on that position. This is still a lively and exciting set of speakers that offers considerable bang for your buck. They look and feel like Acoustic Energy speakers and they have the ability to make you want to listen to another album or binge watch another episode. They balance this with more refinement, a thoroughly modern aesthetic and a commendable feeling of quality to it. There’s no shortage of competition but the Acoustic Energy 100 Series is a class act. If you are looking for an affordable AV speaker package, it certainly earns our enthusiastic recommendation.