Possibly the best PC gaming monitor you can buy, but it is £1799! 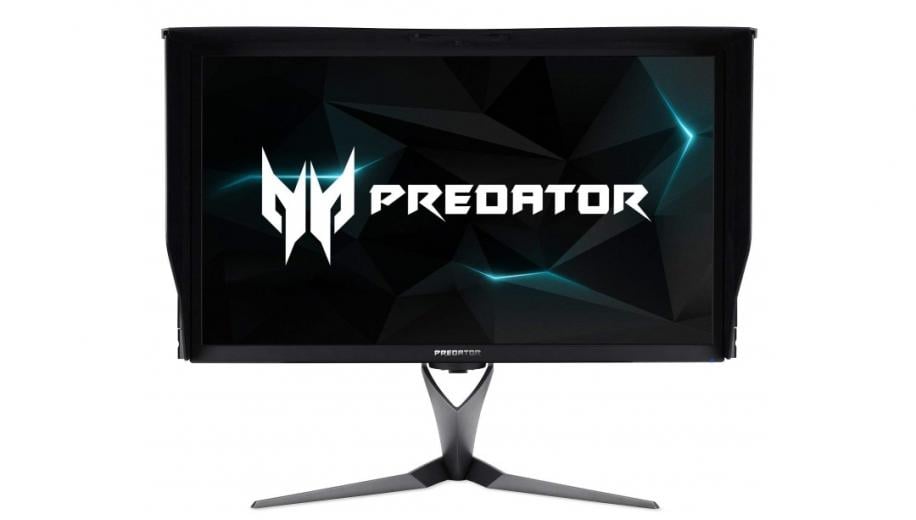 What is the Acer Predator X27?

Familiar to a lot of PC gamers, Acer’s Predator range of monitors usually include a tasty set of specifications such as G-Sync, low response times and high refresh rates. They aren’t the cheapest you will find but, in both of our previous Predator monitor reviews, we found them to perform very well with a good build quality. It’s just the high price point that is the stumbling block for a lot of gamers. Even more so now that Nvidia have enabled G-Sync to work on certain FreeSync monitors.

Our review monitor today from Acer does nothing to help their price point issues. The Acer Predator X27 is a 27” 4K UHD HDR Nvidia G-Sync monitor with FALD, Quantum Dot, a 4ms response time, 10-bit IPS panel and a maximum refresh rate of 144Hz. Also featured is a peak brightness of up to 1000nits and 384 dynamic FALD backlight zones. A very impressive specification indeed, but all that comes at a simply jaw dropping price. Available for £1799 this is the most expensive monitor we have ever reviewed and really needs to be something out of this world to be worth the asking price. Read on to see how it fares in our tests……

Let’s put the £1799 price tag aside from one moment, if that is even possible, and focus on the design and connections. The X27 is the least blingy monitor of Acer’s Predator range that we have seen. It’s an all-black design and is missing the red flashy highlights to the metal stand and other gimmicks that are often added which manufacturers assume will make them look more appealing to ‘gamers’. Apart from the Predator logo to the front, it looks like any other monitor.
The X27 does feature ambient light which is found to the rear and the bottom of the monitor. It’s not particularly bright but can altered to one of 7 colours and various modes. The stand is fully adjustable with height, angle and tilt adjustments. The width is 628mm and, including the stand, is 303mm deep. With the monitor set to the lowest point it is 467mm high and 586mm at its highest. It has a good range of adjustment to suit all requirements. It is, of course, also VESA mount compatible and weighs 4.77kg on its own and 12.3kg with the stand. It also includes an optional shroud which is screw mounted to the sides and magnetically mounted to the top.

As we’ve come to expect with the Predator range of monitors, the connections are generous with a USB 3.0 (upstream) port and 4 x USB 3.0 ports (two left side mounted and two rear mounted). Plus a single HDMI 2.0 port, Display Port 1.4 port and audio connection.

If you are using Display Port, ensure that you have the latest Nvidia firmware. Most 10 series cards are Display Port 1.4 ready, but not enabled. The update is very quick and the upgrade tool does all the work for you. Nvidia Graphics Firmware Update Tool.
One other point of note, this is the first ever monitor we have reviewed or used that has a fan in it. It isn’t too loud, but it is certainly noticeable. If you aren’t gaming or have headphones on you will hear it all the time. The fan is on in both HDR and SDR modes. Whether you can live with it or if it will just become annoying, only time will tell.

The menu system is comprehensive and identical in layout to previous Predator monitors we reviewed. The control system sees the return of the annoying rear mounted joystick and buttons. Aesthetically it’s better as the controls are all hidden but from a usability point it makes it very fiddly and hard work. Especially as they have put the power button right next to the other menu buttons so you will often accidentally turn the monitor off when you are trying to change a setting. At this top end price we would have expected something better.
Pressing any of the lower three buttons or the joystick control will bring up a menu which can be configured to give quick access to three settings. Pressing the joystick control again will take you to the full menu system.

The menu is split into 6 sections covering Picture, Color (colour!), Audio, Gaming, OSD and System. The Picture menu allows you to alter the Ref. white (nits) level, contrast and brightness levels along with various other settings. The Colour menu allows you to set the Colour temperature, enable YCbCr sRGB on the HDMI or DP ports and alter the gamma. The Audio menu simply adjusts the volume.

The Gaming menu includes the Over Drive settings (which affects the panel response times) and Over Clock settings, the OSD menu is self-explanatory and finally, the system menu allows you to change the ambient light settings, quick start mode and other settings. Any changes you make can be saved to one of three modes for quick access, Action, Racing and Sports.

With HDR enabled a lot of the picture settings are unavailable, you can’t alter the Ref. white (nits), contrast or brightness.

For our monitor calibrations we use SpectraCal software and a C3 Colorimeter.
The screenshot below shows the pre and post calibration results.
Acer include a report with each monitor stating it has undergone a full calibration including some nice graphs to show the colour temperature set, brightness gamma and delta error. Our calibration check didn’t quite ring true here with an out of the box ColorChecker error of 6.34 and Greyscale error of 4.82. A level of less than 3 is normally the target. Following our successful calibration, we achieved a superb ColorChecker error of 0.55 and Greyscale error of 0.56.

For our testing we use a Leo Bodnar input lag tester. This measures the delay (latency) that it takes a video signal to pass from the point of input until it is displayed on the monitor. With the X27 we get a rather disappointing result of 22.3ms. This is slightly improved to 22.2ms with the Over Drive set to normal and 21.9ms set to Extreme. Compared to the Z35P of 14.4ms, 16.5ms of the Predator Z1 and our own Acer Predator XB271HU of 12.2ms, the X27 it comes out on the high side.

It’s important to note that input lag is not response time. Response time is often the headline number that monitor manufacturers use in their advertising, such as ‘very low 2ms’ for example. Response time is how quickly a display can change its pixels from black to white or grey to grey. A high response time will mean you are more likely to see ghosting, which is the blurring that you see behind fast moving objects.

The display quality of the X27 is fantastic, as you would rightly expect for £1799. The colours are vibrant, text is clear and distinct, with excellent black levels and a maximum brightness level more than sufficient even with HDR enabled. Testing with a wide range of 4K and 4K HDR videos showed just why Acer feel they can charge £1799 for it. The images were sublime with a rich level of detail. With an excellent 178° viewing angle we had no cause for any complaints with the image quality.

Moving onto gaming and firstly, whilst 4K HDR is the current pinnacle of PC Gaming, it does require some very impressive hardware to run it. Unfortunately, the GTX1070 in our PC is certainly not up to the task with frame rates topping out around the 50-60FPS mark in most of the games we tried.
Despite it being 2019, Windows 10 and a lot of programs still do not work perfectly with 4K, let alone adding HDR into the mix. With the resolution set to 3840 x 2160 Windows suggests a scaling level of 150%, this is fine on most programs but a lot will appear far too big and unusable at this level.

HDR looks amazing in games, astoundingly so with the likes of Battlefield 5, but for non HDR programs, which includes Windows, if you have HDR enabled the brightness is terrible and the colours are flat and washed out. What this means is that to get the very best out of this monitor you need to be constantly switching between HDR and non HDR. A switch that we would have expected to be done automatically based on the content being viewed in 2019!

Should I buy the Acer Predator X27?

The X27 from Acer is currently the pinnacle of all that is great with PC gaming monitors. With an impressive specification including 4K HDR, 144Hz, 10-bit IPS panel with FALD, Quantum Dot and 4ms response time, if you have the hardware to support it you will be very pleased indeed.

The display quality is sublime, with superb colours and accuracy, deep rich blacks and clear and concise text at any font size. With a video card up to the job the latest games in HDR will look better than anything you have played before. But it is £1799. A price that can’t be ignored and currently aimed at those wanting the top end. The very, very top end.

We did have issues setting it up in games and Windows still doesn’t play nice with 4K, especially when adding HDR into the mix, but that’s not the monitor's fault. It does add an annoying level to it though, with constant tweaking of settings, turning HDR on and off to get the best image quality level across all types of content. This was an issue we had several years ago with 4K monitors and content providers have still not caught up.

A standard 27” monitor starts at under £150, approaching £400+ for those wanting 1440P with G-Sync and high refresh rates. If you want 4K HDR, then Acer’s own XV273K has everything the X27 has except for FALD and a maximum 120Hz for 4K HDR at almost £1000 less. So simply you are paying £1000 for FALD and an extra 24Hz on your refresh rate. If you want the very best with a stunning 4K HDR display, then £1799 is the going rate with similarly priced monitors available from Asus. If you have deep pockets, the X27 is a monitor you should definitely consider.

This monitor has been very difficult to score as on the one hand it is a superb performer but then, on the other hand, it is £1799 for a PC gaming monitor. But based on the superb performance and specification, it is a worthy winner of our Highly Recommended award.