Cutting-edge fighter planes, over-the-top dogfights and a suitably ludicrous sci-fi storyline... what's not to like? 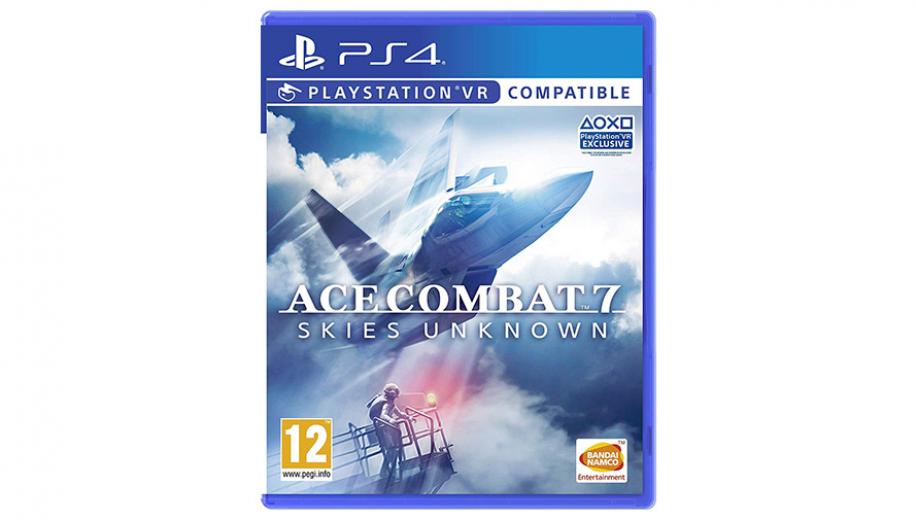 Ace Combat is something of a misunderstood beast. While those who played previous games will know that the series has about as much respect for realism as Crash Bandicoot, flight games by their nature can be pretty scary to new players who may have built preconceptions based on the overwhelming amount of realism-obsessed simulation titles that make make up the vast majority of the genre. In truth, these games are closer to Crimson Skies or even the Star Wars flight titles like X-Wing and Rogue Squadron – aerial shooters that put fun first and foremost while realism rides along in the co-pilot seat, presumably complaining about everything from physically impossible vehicle manoeuvrability to the insane amount of munitions each is somehow able to carry.

This is the genre's Burnout, a place where explosions and constant action are king and anything that doesn't gel with that approach takes a swift ejector seat ride. The Rule of Cool is number one here. And with flight games so ill represented on consoles in recent years, the return of the series that exists purely to make them fun for everyone is welcome news indeed.

First up, don't let that big number in the middle of the title put you off. While Ace Combat games do have some degree of universe consistency that returning fans can follow and enjoy, each is designed to be a self-contained story with zero background knowledge required.

If you've no interest in that side of things, you can go ahead and skip all the cutscenes – narrative sequences are kept completely separate to mission briefing scenes that hold useful pre-flight intel, so you can just enjoy any Ace Combat game as a string of increasingly ludicrous sorties if you'd rather, although we'd suggest at least giving it a go as the sci-fi story has, as usual, a neat if hokey sci-fi charm to it and serves as a pretty entertaining framework in which the action can sit.

If you've not hopped into the cockpit of a video game fighter jet in some time – or maybe even ever – and fancy living out the antics of an ace pilot with no regard for the basic laws of physics, you've come to the right place. The Rule of Cool is number one here

Right off the bat, the game offers you two control options – a simpler setup that will let anyone throw an F-16 around with ease and a more complex one that allows for a greater degree of freedom in expert hands but might take some learning for beginners. The key difference is that the latter requires you to pitch your craft then use elevation controls to turn, while the former operates like a big open version of Afterburner and just lets you steer as you like while the game does all that for you.

Either way, it's immensely satisfying just to soar around the beautiful environments, and even more so when you're doing so while engaged in aerial battles. These get crazy intense even within the first few missions and only ramp up from there, and whether you're swerving to raise a wing and see a locked missile go sailing past or you're locked in a battle to the death with a rival ace and are both fishing for opportunities to get on one another's tail, movement alone feels fantastic.

Add in the combat options – close-range machine guns, stack of homing missiles and the special weapon of your choice, from bombs to railguns – and it all starts to come together, creating a glorious airborne ballet of explosions, loops, and last-second missile dodges. Even though the combat basics typically involve simply getting into lock-on or gun range and firing off a few shots, it all happens so fast (and with so many other complications) that it's almost like playing a twitch shooter with six degrees of movement freedom, and it's every bit as wonderfully intense as that sounds.

Over the course of the campaign, you get to purchase new craft and improve existing ones using currency earned either solo or online (there are eight-player online battles of both the free-for-all and team-based variety available), via a neat upgrade tree that allows you to grab the wings or weapons you'd like to use with relative ease.

Plane stats differ only slightly in the early stages and the three available special weapons are what make some better suited than others so certain missions, although you're still free to use what you like – it you'd rather take a bomber into a dogfight-heavy stage then good for you (and good luck), but the in-depth briefings break down exactly what you're up against should you need a little guidance down these branching paths.

Fulfilling certain conditions in each mission can force a named ace to join the fray and make your life a misery or earn you a medal upon completion, so there's plenty of replayability to the campaign, but PlayStation players get a nice little bonus in the form of a separate VR mode exclusive to the platform. It's a unique and pretty straightforward three-mission jaunt rather than the full story mode, but it's every bit as engrossing (or perhaps grossing, depending on your VR experience) as you would hope – couple this with a flight stick peripheral and you'd swear you were sat in a cockpit rather than on your sofa. Like playing a twitch shooter with six degrees of movement freedom

The more we played Ace Combat 7, the more it grew on us. We're no strangers to the series but still, the absence of anything similar on current platforms makes its unique blend of sci-fi silliness and non-stop action truly stand out – if you've found yourself left cold by the increasingly homogenised modern shooter scene, Ace Combat offers similar thrills and rewarding engagements in a totally different setting and could just be the game that fills that gap for you.

As much as it may skew more towards frantic fun than realism, it's still important to pay attention to the evolving mission orders as each sortie plays out. There are crucial words of wisdom amid the constant radio chatter and given the pace at which the game rockets along, taking out priority targets quickly is crucial to success.

Missions usually checkpoint whenever there's a change of plans just in case you miss something and need a do-over, although you'll certainly miss these in longer-more straightforward missions should you just miss out on a score target and have to start over. Even repeat runs like this don't tend to frustrate, though, and a new approach or loadout can improve your chances of victory and make a stage play out completely differently, which is also something that helps fuel the game's replayability – chasing high scores with all the new planes and weapons you unlock over the course of play is great fun.

The VR mode warrants further discussion as well, as while it might be limited to the PS4 version (for now, at least – the small print suggests it may be a timed exclusive), it's strong enough to be one of the best PSVR experiences out there despite being so light on content.

The three tailor-made missions are great and using head-tracking to follow and react to enemy fighters and incoming missiles is a real game-changer, so much so that it's hard to go back to not having that option so readily available. It's certainly at the upper end of the intensity spectrum and requires a fair tolerance of VR due to the speed and lurching 3D movement, but it wouldn't be an authentic fighter experience if it didn't make untrained pilot wannabes feel at least a little queasy.

Oh, and the little extras that sneak in around the main game's missions are worth a shoutout as well – most missions have optional takeoff and landing sequences for those who want to play out the whole experience, while post-flight replays let you relive your highlights from all manner of cool cinematic camera angles, which are always awesome to watch.


The more we played Ace Combat 7, the more it grew on us Assault Horizon felt like a simplified version of Ace Combat to chase the big FPS money of COD and Battlefield, but Skies Unknown is proof that the series didn't really need to change that much to get a slice of the mainstream action – it just needed to wait for the right time to strike.

Anyone can pick up a controller and live out their own Top Gun dreams both solo and online, and persistent pilots will find so much to unlock and so many ways to improve their skills that you could still be playing this action-packed aerial shooter for months to come.