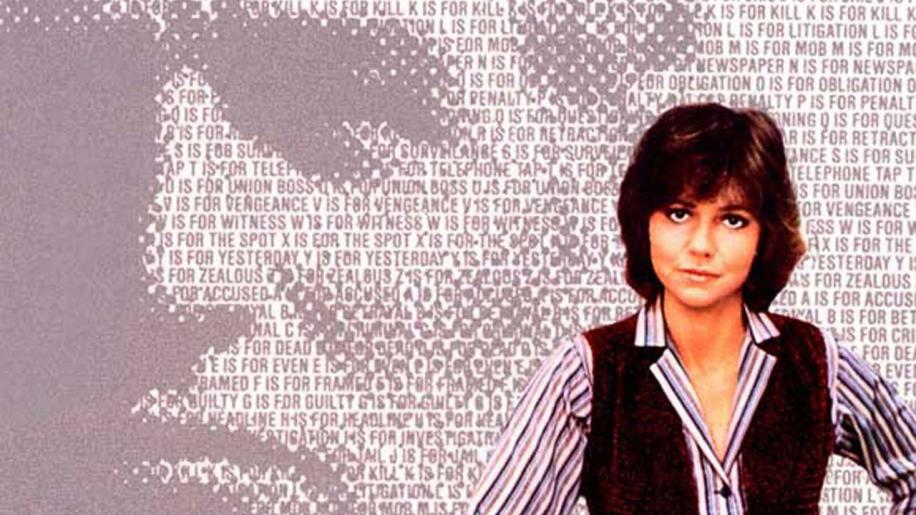 The Fourth Estate is a term used to describe the media. A reference to the Three Estates of the Realm, after the First Estate (clergy), the Second Estate (nobility) and the Third Estate (common public), the Fourth Estate was derived from the notion of an independent institution whose power is not officially recognised, namely, the Press. Just this week there have been several reforms and investigations concerning negligent journalism: we’ve basically got to get to a point where we can allow the Press to get away with illegally uncovering the truth about the MPs expenses, whilst also preventing them from causing undue distress for Milly Dowler’s family by hacking into the missing girl’s mobile phone account, all in the name of selling ‘news’. But even back in 1981 this lesser-known, but nonetheless acclaimed Paul Newman vehicle, for which he received an Oscar Nomination, looked at these very same issues. It’s worrying to think that, even after 30 years, this situation now appears to have just gotten worse.

“Suppose you picked up this morning's newspaper and your life was a front page headline... And everything they said was accurate... But none of it was true...”

The narrative follows news reporter Megan Carter, who is intentionally leaked a story from the District Attorney’s office: that alcohol wholesaler Michael Gallagher is being investigated in regards to a federal offence. The federal prosecutor leaks the story in the hope that Gallagher, the son of a deceased big crime lord and once-bootlegger, will be bullied into turning informant on his father’s criminal friends; manipulating the press to do his bidding, and to put pressure on the ostensibly innocent Gallagher. When Megan comes face to face with Gallagher, however, he puts a human face on the inadvertent damage she has caused, and she is forced to slowly reassess her role as a reporter, as she watches Gallagher’s world crumble around him, all as a result of her thoughtless actions in the name of journalism.

Absence of Malice is a superior ‘issue’ movie, looking at a part of our society – the Fourth Estate – which, now more than ever, continues to wield immense power, often to the detriment of its targets, and yet still with little-to-no legal restraint or serious ramifications from making such damaging attacks.

“As a matter of law, the truth of your story is irrelevant. We have no knowledge the story is false. Therefore, we're absent malice.”

It all stemmed from an incident in 1980, when media super-mogul Rupert ‘Phone hacking’ Murdoch’s New York Post newspaper ran an article on Paul Newman’s police drama Ford Apache, the Bronx, unfavourably reporting that there were Hispanic youths on the set who were protesting the production. Newman, never one to back down from this kind of confrontation, and also a personal fan of well-planned revenge, took a rather unusual approach to respond to the Post’s careless remarks – instead of suing them, as was his original intention, he decided to take arguably more high-profile action, and made Absence of Malice, a movie about irresponsible journalism, stating, in an interview with Rolling Stone magazine, that this was intended to be a direct attack on the Post. They never wrote about him again.

Acclaimed director (and occasional actor) Sydney Pollack – who also directed The Firm, another legal thriller I’m covering this month – and screenwriter Kurt Luedfke, himself a former newspaper editor, crafted a production loosely based on real-life events which took place in relation to the son of a labour racketeer in Detroit. It had only been four years since All the President’s Men had so accurately reflected upon the important role of the press, and the publication of ‘the truth’, and it was as good a time as any to look at the flipside to that coin – the inherent dangers of a ‘free’ press.

Early on in the film we are given a quick run-down by the newspaper’s in-house lawyer on the dos and don’ts when it comes to publication and it all hinges on the principle established in the title: whether or not you can prove malice. ‘Absence of malice’ is the ethical and moral term used to describe the decision a journalist must make about whether or not to write a newspaper story that may not ultimately prove to be true, and that may damage an individual’s reputation unnecessarily and irreparably, if false. In the film, the in-house lawyer advises the reporter, Megan Carter, that when deciding whether or not she should print an article revealing that Michael Gallagher is under federal investigation, the fact that she has no knowledge that the story is false establishes the absence of malice, enabling her to print the story, irrespective of the consequences.

Absence of Malice is a defining example of the dangers of the freedom of press. Sure, the other extreme is All the President’s Men – i.e. showing exactly how important freedom of press can be; and then there are examples like the incident at the beginning of The Girl with the Dragon Tattoo, where you see one of the lead characters sentenced to 3 months in prison for printing a story which he cannot later prove is true. Should there be a penalty for publishing stories that later turn out to be false? Should journalists be held accountable for careless reporting? Should that accountability involve more than just hefty fines, and actually involve a prison sentence? And, if it did, would that then prevent ‘the truth’ from getting out on those infrequent – but important – occasions where it benefits the public to know something that might otherwise be covered up?

“You don't write the truth. You write what people say.”

The movie may not ask all of these questions, and does not even answer all of the questions that it does ask, but it certainly shows the potential damage that can be done by negligent journalism. And if you were an innocent man, caught up in the whole mess, you would have nowhere to turn to, no authority to contact to get things set straight, no form of retraction forthcoming – and ultimately no way to undo the damage done.

Paul Newman plays just such an innocent man in this movie. As Michael Gallagher, the son of a crime boss, whose life unravels after a careless headlining article ruins his reputation, Newman brims with latent fury over the injustice of it all. You can tell that this was a very personal movie for Newman, and I don’t think I’ve ever seen him this inwardly pent-up – of course his personal stake in the subject-matter only worked wonders to further enhance the character, making you feel that there is genuinely something at stake in all this. It’s quite a subtle performance from him, with little of the glint-in-his-eyes charm that you might have expected from the same guy that was effortlessly cool in Butch Cassidy, The Hustler, Harper, Cool Hand Luke and The Towering Inferno. Of course he was in his mid-fifties by now – not that his age is all that noticeable – and taking different, arguably grittier work (like The Color of Money and The Verdict, both part of a redemptive phase in his film career), but whilst Color of Money was certainly about settling age-old personal scores, Absence of Malice was, in my opinion, the most personal film that he ever did. That he would go on to be Nominated for an Academy Award for his performance here is really no surprise.

“You had a leak? You call what's goin' on around here a leak?! Boy, the last time there was a leak like this, Noah built his-self a boat.”

Some would complain about the performances of his co-star, Sally Field, who plays the journalist who starts reporting these dodgy rumours, and learns, all too late, about the true consequences of her actions. It’s quite a serious, dramatic and daring part for an actress who, despite trying to break free of her typecast roles, was still best known for being Burt Reynolds’s happy-go-lucky partner-in-crime (they did 4 films together, including the first two Smokey and the Bandit movies). Personally, I can see why many would have preferred another actress – perhaps better known for their dramatic work – to take the role, but Field, whilst not consistently great, is unquestionably exceptional in several pivotal scenes. When she finds out the full extent of damage that can be done from her negligent behaviour, a guilt-wracked Field goes to confront Newman in a warehouse and we are provided with one of the most uncomfortably emotional, punch-to-the-gut scenes I have seen in quite some time. Another actress could have easily allowed the audience to continually hate her character, and wish that she ‘gets her just desserts’, but Field somehow manages to claw some genuine sympathy out of the scene, truly traumatised by what has happened.

Supporting the two leads we get myriad interesting background characters, including little-known actress Melinda Dillon as a fragile woman caught up in the after-effect of the damaging leak (who received Academy Award Nominations both for her performance here, and in Close Encounters, a surprising fact mainly because these two were arguably her only famous movie roles), suitably slimy character actor Bob Balaban (also from CE3K) as the Federal prosecutor who leaked the (false) story in the first place, and a powerhouse performance from Wilford Brimley as the Assistant DA sent in to get to the bottom of the whole mess. Brimley was previously known only for his TV work; his movie parts were mostly in the extras or stunt departments, and he was so shocked to be in a film opposite Newman that he nearly asked for the star’s autograph. He only has one scene in the film, but it is one of the most electric performances, truly a grandstanding, noteworthy cameo – with some of the best lines of the entire film – from an actor who would, later, go on to take up solid supporting roles in everything from The Thing, to Cocoon and also director Pollack’s 1993 thriller, The Firm.

“We can't have people go around leaking stuff for their own reasons. It ain't legal. And worse than that, it ain't right.”

Despite some excellent performances, however, the movie still feels arguably more dated than it should – the often unfitting score by long-time Pollack-collaborator, Dave Grusin (who would go on to provide a similar but marginally more appropriate score for The Firm) feeling as if it was written for a much more lightweight affair, although perhaps that is just a side-effect of the style that permeated many movies from the late-70s era (and thus affected early 80s efforts too) – and the director’s slow-burning, more classical approach to storytelling, whilst very effective come the third act, can be quite drawn out to start with (certainly for modern sensibilities). Even the director would change tack for later features, perhaps to accommodate less patient audiences, or perhaps because he realised that it is possible to provide both weighty issue drama and taut plotting all in one package.

What really stands out – and stands the test of time – is the issue at the heart of the drama: the power of the press. It makes for gripping, I-desperately-want-to-find-out-what-happens-next viewing, despite the relatively stodgy subject-matter which lacks any overt thrills. That this could happen to an innocent person is really quite shocking; that there is no justice for that person even more so; and that we still live in a society where this issue has never really been addressed properly certainly gives us pause for thought... and concern.