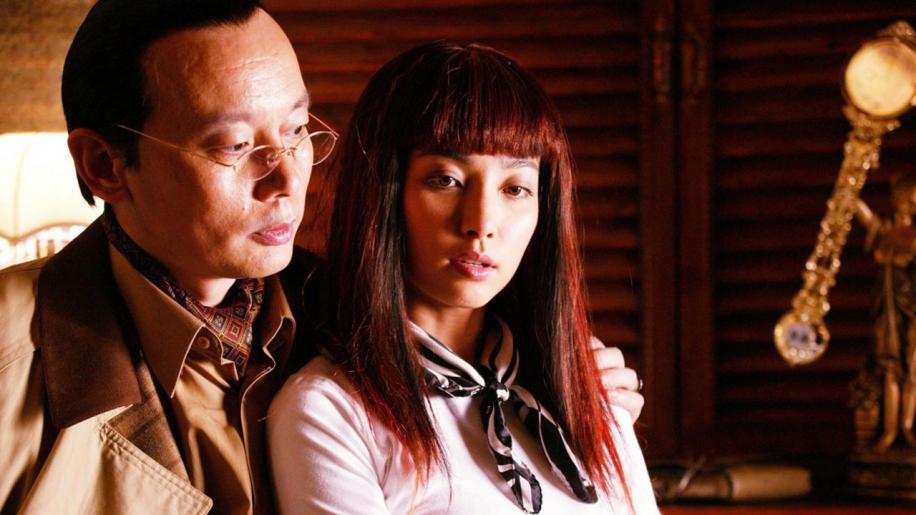 The picture quality present here is overall very good, and the beautiful outdoor cinematography is handsomely realised in this 2.35:1 anamorphic frame. Colours are solid, and the action is nicely rendered with no noticeable artefacts. For a film as recent as this it is by no means perfect however. There is occasional light print damage present, although at minimal amounts. Likewise there is very slight edge enhancement sporadically through the film. Colours too, seem a touch over-saturated and garish, although they remain stable throughout. Nevertheless, this is overall a solid transfer, whose minor faults do not deter from the viewing experience in any major way. The good outweighs the bad.

The disc comes with both DTS-ES and Dolby Digital 6.1 mixes (in both original Mandarin and dubbed Cantonese), and both audio tracks are superb. The DTS-ES track wins out by providing extra clarity and depth to the sound, but both are winners here, offering a rich and all-encompassing audio which makes full use of all speakers for a true surround sound experience. The tone is warm, clear and a delight to listen to, equally impressive in dealing with both bombastic action and the quieter more thoughtful moments. The audio does however lose one mark for having a tendency on occasion to present the musical score at a much higher volume than the dialogue, hence resulting in copious use of the volume control. This happens very rarely however and is not a major concern, being the only slight blip on an otherwise stellar track. Very impressive indeed.

Mega Star have provided a second disc of additional features which are alas, less impressive upon viewing than they look initially on paper. Top of the selection is a collection of six deleted scenes with optional English subtitles. These scenes seem obviously cut from the final edit to maintain the pacing of the film, as they offer no real revelations or drastically change the film in any sense. They provide an entertaining and passable look thorough, but nothing more. Sadly the other features are nowhere near as meaty or comprehensive. There is a brief 6 minute featurette (sadly presented with no English subtitle) which contains interviews with the director and principle cast, and a comprehensive photo montage which runs for just over 10 minutes and offers some interesting behind the scenes footage. After these two, it is pretty much downhill with padding and fluff all the way. There is the obligatory trailer for the film, as well as trailers and previews for 'Initial D' and the 'Infernal Affairs' films. Also included are cast and crew bio's and, by far the most pointless addition, a option entitled 'The Story' which does exactly what it says on the tin and basically tells you the plot. Useful for all those people who buy the DVD but don't actually want to bother to watch the film then, but not much cop for the other 99.9% of buyers. The extras aren't a disaster by any means, but they do flatter to deceive, and more really should have been done to justify a 2-disc set.

'A World Without Thieves' provides a consistently entertaining couple of hours and fans of both Eastern films and classic caper movies will find much of enjoyment. The DVD, whilst not being perfect, is still a more than decent effort with above average picture, wonderful sound and a passable selection of additional materials.