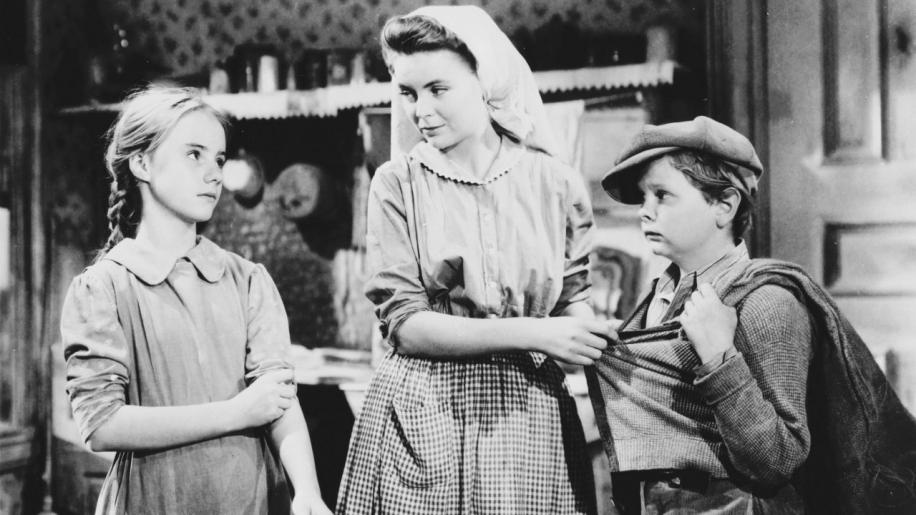 This is a good, clear monochrome presentation with low grain, deep blacks and good contrast. Very little in the way of dirt, dust or scratches present. One or two scenes have blemishes but more often than not it's clean. Genuinely a remarkable transfer, especially considering its age. Sixty years old! Congratulations to whoever mastered this disc. For the most part the soundtrack is a decent mono presentation. Obviously there are no effects worth mentioning but the dialogue is clear and never muffled, with just a little hiss. However, there's actually a 'hole' in the soundtrack as the sound completely conks out for four seconds in one scene while someone is speaking. Complete silence. I presume this will be corrected on the final release DVD (this being a PR disc) as that kind of glitch is inexcusable. However, with the film being made in 1945 maybe the soundtrack has been incomplete for decades. I don't know. It doesn't affect the film in any major way and there is only a few seconds missing, but imagine if the dialogue had cut out when some great revelation was being revealed. Apart from that it's not a bad audio track at all. There's not much in the way of extras but the photo gallery and cast biographies give a nice rounded feel to a disc that could easily have been bereft of any special features at all. After watching the film it was good to read a little about the actors, and some pictures of film posters were fun to look at. A film from 1945 that still shines, full of energy and great performances. It matches 'It's a Wonderful Life' in the weepy stakes, and is just as well made and acted. If you're a fan of that film then you'll surely enjoy this. It's quintessential family viewing and I'm surprised it's not on the box every Christmas with the other perennials.