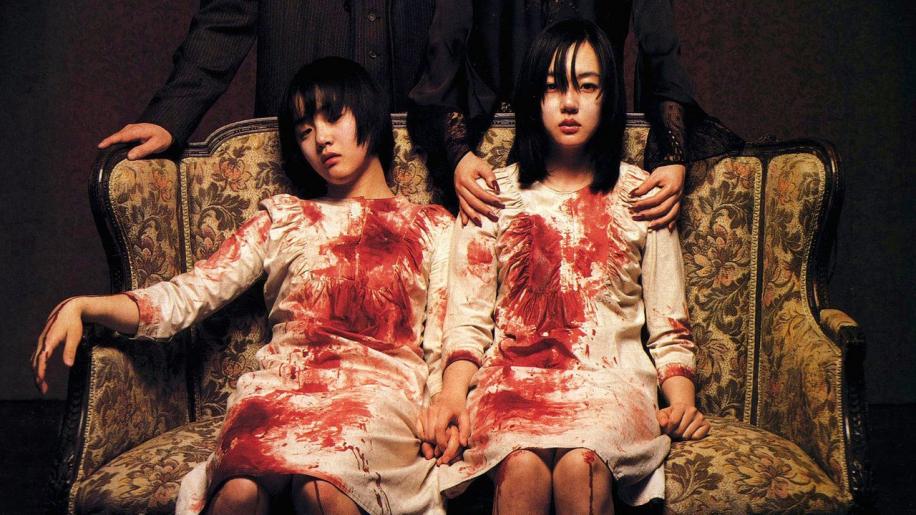 Image quality is excellent, with a little edge enhancement sometimes noticeable but never obtrusive. Reds in particular have a solid look to them, enhancing the few scenes where a little blood splatter crops up! There is a certain quality about the filmography that I really appreciated, artistic camera angles and a slow, deliberate build-up. A lot of the movie is shot in the family home meaning that there are a number of dark, foreboding scenes and overall these are handled well with video noise never becoming an issue for me.

The filmic style used in A Tale Of Two Sisters means that for much of the time the camera is focussed on one or other of the main character's faces, which means that it is necessary for the actors really feel the part they're playing whilst at the same time making sure that that they don't go overboard and end up appearing “hammy” (something all to obvious in the recent release The Grudge). The many close-up shots not only look detailed and sharp, but also show just how excellent the actors are at this difficult art, frequently speaking volumes whilst perfectly silent. Top stuff. It's always a little difficult knowing how to rate a movie's audio when for much of the time it's dialogue based, but here I think it's pretty straight forward - A Tale Of Two Sisters harbours a solid Korean soundtrack, whether in DTS (768Kbps) or Dolby Digital 5.1 (448Kbps) flavours. There are times when the soundtrack simply comes alive, fully enhancing the eeriness, or sheer horror of proceedings. Audio can be subtle, or full on in your face - either way the soundtrack compliments the storyline perfectly, shrill and ear-piercing one moment, followed by rich, deep bass shaking the room the next. Whatever's going on dialogue is always clear, well controlled and perfectly placed. Disc One has the movie as well as a UK Exclusive Director's Commentary, which in all honesty may be of interest to those willing to sit through the fairly tedious process of seeing a question written in English, followed by the translator asking Ji-woon Kim the question in Korean, followed by the director answering in Korean and finally hearing the answer in English... translated again by the translator. This whole process is then repeated, and repeated. Like I say - it does become a little tedious after a while, but although it lasts for almost half an hour it does harbour some interesting insights. Having said that, there are many more insights to be found in the two audio/subtitled commentaries featuring the director, cast etc. If you've had trouble understanding the movie the answers can be found here, and the director/cast commentary is definitely worth a “listen”.

Disc Two holds the bulk of supplemental features - more interviews and insights into “Sisters” - as well as... er, hang on a sec... let me count them... yep, twelve deleted scenes, all with director's commentary. I found virtually all the deleted scenes had some merit - this isn't the usual thrown together set of scenes that often seems to so often be the case with DVD releases. Listening to Ji-woon Kim explain his motives etc. during these deleted scenes had me wanting to watch the movie all over again. So I did... for the third time! Following the deleted scenes are a number of outtakes, although this seems a bit of a misnomer to me - they're more like a continuation of deleted, alternative scenes.

It is important that all these extras should be viewed after the movie, otherwise the whole story would very likely be completely spoiled - and that would really be a shame.

To sum up - these supplemental features are insightful, interesting and, most importantly, easily managed to hold my attention throughout, making this Region 2 UK release is a rarity in my eyes. I am thoroughly impressed - not only with A Tale Of Sisters, but also with this UK Tartan Video release. I recommend owning this DVD.