A Study In Terror DVD Review 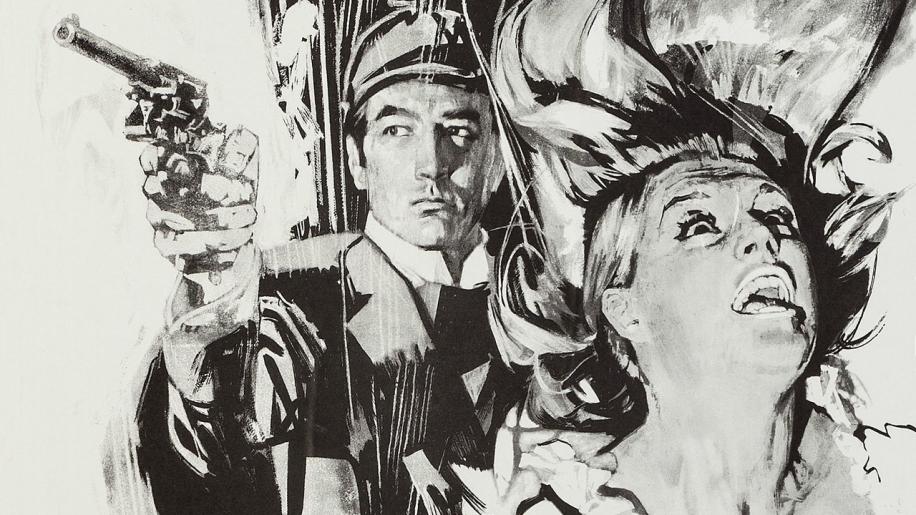 Presented in full screen, A Study in Terror is surprisingly in reasonable shape. The slightly washed out print/photography is possibly due to the Eastmancolour process. This does however help the film immensely as Victorian Whitechapel wasn't exactly the brightest and jovial of places. There is unfortunately print damage throughout the film. There are a few speckles here and there, evident especially in some night scenes. This doesn't spoil the film in fact I think a speckle here or there adds a bit to the atmosphere of the movie. Where the transfer does let itself down is about an hour into the film where there is evidence of serious print damage possibly at reel changes, this is visibly evident and very annoying. A Study in Terror has a mono soundtrack. The dialogue is clear and the music sounds just fine. To be fair considering it all comes out of the one channel, there's not much to say. Although only a trailer, it wins a couple of extra points as it is a fantastic cheesy 60's trailer, complete with middle-class voice over man. No subtitles, though. I wonder why? A Study in Terror is a well made piece of gothic cinema. Although not entirely on it's own (Holmes would meet the Ripper again in 1978's Murder by Decree, directed by Bob Clark) the idea of Holmes after Jack the Ripper is an interesting and entertaining one. The film features some terrific turns, Neville and Houston make a great Holmes and Watson and it's always fun to watch out for familiar faces in lesser roles, (Barbara Windsor, Frank Finlay).