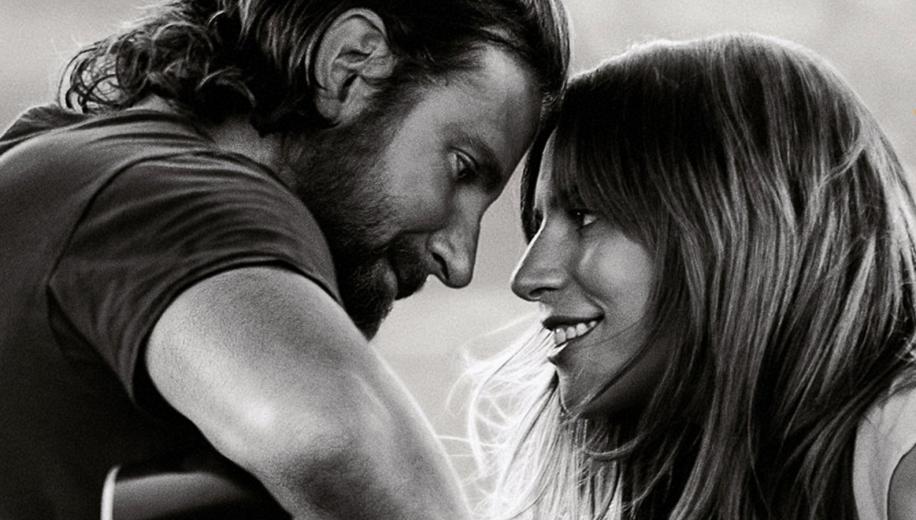 A Star is Born Film Review

Bradley Cooper delivers a dazzling directorial debut with this third remake of A Star is Born, catapulting Lady Gaga to Big Screen stardom.

Originally made in 30s, then remade in the 50s with Judy Garland and James Mason and then again in the 70s with Barbara Streisand and Kris Kristofferson, a third remake of A Star is Born has been gestating for decades. Once designed for Eastwood and Beyonce, the main players were swapped and changed until landing on the duo of Bradley Cooper (Silver Linings Playbook) and Lady Gaga (The Monster Ball), with Cooper making his directorial debut, whilst Gaga - who has enjoyed a roles in TV shows like American Horror Story, and films like Machete Kills and Sin City: A Dame to Kill For - makes her lead debut. The two prove to be an electric mix.

The story follows Gaga's struggling singer-songwriter Ally, who catches the attention of seasoned musician Jackson Maine. As the two fall in love, Ally's career begins to blossom, putting a strain on their relationship as it begins to overshadow Jackson's, with his hard drinking lifestyle spinning out of control on a downward spiral. The perfect marriage of ingredients, A Star is Born is a slow-burning but nonetheless captivating drama, bursting with some tremendous song tracks, an intoxicating chemistry between its two leads, and career-definining roles for the both of them. It's no surprise that the film has already received numerous Oscar nods.

Despite the fact that Lady Gaga more than rises to the challenge of a leading role on the Big Screen (her first stepping on stage is flawless), this is Cooper's baby through and through. Gaga is better than we've ever seen before, effortlessly making the transition from insecure but talented nobody to popular shining star, with her natural - often underrated - singing talent defining the many song tracks performed by her and Cooper.

But it's still Cooper who gets the choice role, delivering an assured directorial debut in passionate style, getting involved in the writing, and embracing a part rich with tragedy. Kristofferson would similarly be celebrated in the otherwise middling 70s incarnation, and there's more than a little of Jeff Bridges' Oscar-winning Crazy Heart in here too (as well as co-star Sam Elliott, who provided literal inspiration for the character's gruff voice), with Cooper at an absolute career high (he hasn't been this good since Silver Linings Playbook), playing a part which was undoubtedly informed by the actor's own history with alcohol, having stopped drinking almost 15 years ago. It's the kind of powerfully raw and honest portrayal that, like Rourke's battered comeback in The Wrestler, has rightly earned him an Oscar nod.

An undeniably impressive debut which is both resonant and electrically entertaining. Highly recommended.

A Star is Born 4K Picture

A Star is Born comes to UK Ultra HD Blu-ray courtesy of Warner Bros, who offer up likely the exact same excellent presentation that their upcoming US release will deliver. Although the clearly higher resolution source footage is limited by a 2K Digital Intermediate, the release still delivers the goods with largely outstanding video.


The image is frequently demo despite the intended style

Although given a raw and gritty feel, A Star is Born revels in nuance and fine texturing, bringing the increasingly weathered visages to life in all their weary forms, from Cooper to Elliott, with clarity picking out individual faces in the crowds of concertgoers, and superior resolution even under the myriad lighting conditions. The likely digitally applied grain remains naturally rendered, enhancing that faux gritty look without drowning out the underlying detailing beneath, and the image is frequently demo standard despite this intended style.

The colour scheme goes across a gamut of tones, with WCG and HDR working overtime particularly under the strong primary lighting - reds and yellows abound in stage and tour lighting - and Dolby Vision adding the icing on the cake, to render even the most extreme tones with little if any sign of banding and crush, and with black levels providing excellent shadow detail at the lower levels, adding to the fine uptick in detail afforded by the sheer resolution increase, and further differentiating this impressive 4K release from its 1080p Blu-ray counterpart.

A Star is Born 4K Sound

A Star is Born's Dolby Atmos track is utterly spectacular, even more clearly so than the improved Dolby Vision enhanced 4K visuals, providing a sweeping, engulfing and utterly immersive 3D-object based, high definition audio mix that draws you right into the film almost, even, before the production credits have finished.

Obviously the concert footage is an absolute highlight - and the song tracks similarly help define the beating life and soul of not only the audio track but the very film itself - but the mix is far more nuanced than that, keeping dialogue clearly and coherently rendered throughout, in spite of the perpetual background din that makes you feel like you're drowning in a concert crowd, sitting in a bustling bar, or walking down a street busy with foot and road traffic. Of course, the highlights are still normally musically derived, whether in terms of dynamic surround usage or intoxicating underfoot LFE thrumming, and this remains an easy demo choice and frequently reference through and through.

A Star is Born 4K Extras

In terms of extras, the 4K release of A Star is Born offers up a selection of additional song sequences, some music videos and a Making of Featurette.

An undeniably impressive debut which is both resonant and electrically entertaining

Warner's 4K Blu-ray release of A Star is Born hits UK shores a few days in advance of the US release, affording an excellent video presentation with Dolby Vision enhancement and a pitch perfect Dolby Atmos track to boot, as well as a few nice extras that focus on the song highlights of the show. It comes highly recommended.