A Sound of Thunder Movie Review 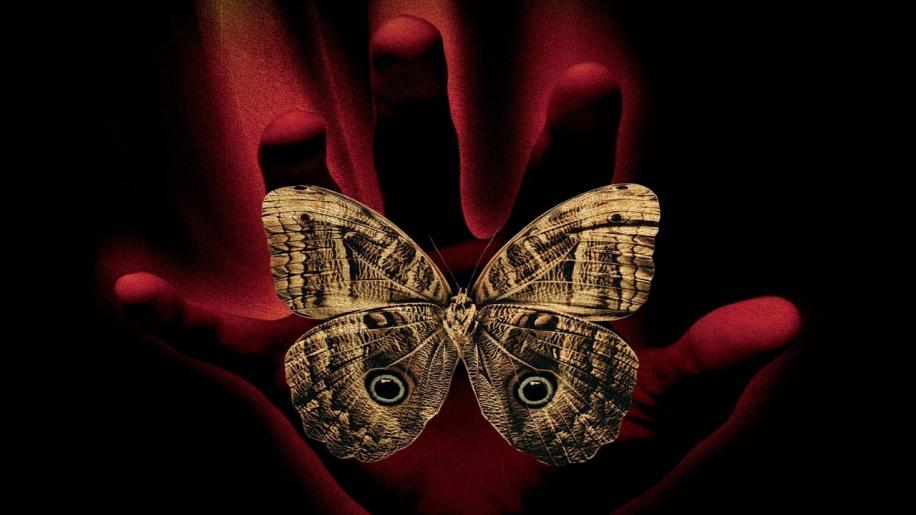 One tiny change...and the future is history.

I abhor having to plagiarise the cover synopsis, but in this case, I'll make an exception and it's not because I'm worried I'll spoil anything.

If you change something in the past, will it affect the present? “Yes!” says the eye-filling time-travel thriller based on the classic Ray Bradbury story and directed by Peter Hyams (Timecop, End Of Days).

Chicago, 2055. Time Safari Inc., led by its slick CEO (Ben Kingsley), offers the hottest ticket around: an expedition into the past to hunt dinosaurs. Just don't bring anything back. Someone does. And 65 million years of evolution jump the tracks. Vegetation engulfs buildings. Carnivorous insects attack. Highly evolved dinosaur descendants turn humanity from predator to prey. It used to be our world. Now it's theirs...unless two scientists (Edward Burns and Catherine McCormack) can somehow turn back the clock.

Sounds wonderful doesn't it. Ok, sounds slightly hokey really. First alarm bell - the director. Let's be honest, Timecop isn't a glowing recommendation on your CV is it? Not by a long shot and End Of Days isn't much better. So we're firmly in the B to C movie category without even putting the disc into the player. Second alarm bell - it's an adaptation. Sometimes they work, I'll admit that, but more often than not they fail, but let's not have that as a prejudice, let's be open minded.So lets watch the trailer first, one because it's the only extra on the disc and secondly, I know nothing about the movie and feel like I really should have an idea other than the synopsis. Well, trailer one says it's set in the year 2054 and the second says it's set in the year 2055. We're doing so well now - the studio can't even have consistency in the trailer! Well, when the movie rolls, it's 2055, so we know where we stand. Am I being nit-picky? Possibly, but it'll make sense soon enough.

We open the movie back in the age of dinosaurs, our team of time-travellers walking along, looking for their prey. A rumble from the sub-woofer lets us know that a dinosaur is on its way and lo, behold here it is, looking like a leftover from a video game (yes, the CGI is that good). They shoot it, return to the present and have celebratory cocktails. A few details later, from the introduction of Mary McCormack's character, the government agency who monitors time jumps and a minor plot element revolving around the guns are shown before we have our second jump. Interestingly enough, they jump to the exact same point as the previous jump we've seen - except they don't encounter the other party. This is an important point. Anyway, they come back and take another party to the exact same point, same time and same dinosaur, but something changed - the dinosaur wasn't where it should have been and they realise that there's a problem, not to mention the world is now adjusting to the altered events from that jump. All fine - we expected that, otherwise it'd be a very uneventful movie. So Edward Burns character, Travis, meets up with McCormack's character to see if they can determine what changed in the past. They surmise that if they send Travis back again, he can intercept the team where the past changed and therefore fix the future. Yes, you heard me, he can go back and meet himself in the trip where history changed and fix the events even though they have not met any of the other teams that travelled back to take out the same dinosaur at the same point in time. Yes, it's a glaringly bad plot hole which may sound like a mountain out of a molehill but we're watching a movie about time travel and it is at odds with the rules it has established. The Butterfly Effect did a very good job of it, but this is just terrible writing - the rule being if the need to meet yourself in the past is required, it's ok, but if you don't then you won't. Talk about contradictory - and on that basis, no matter how much you want to buy into the plot of the movie, you can't. It's fundamentally wrong!

So, ignoring that, although to be fair I couldn't, we then have a simplistic plot where to travel back in time, they need to cross the city to gain access to a second time-travel machine. This ensues they meet aggressive vegetation, dinosaurs that look like baboons and bats mixed with pterodactyls. Not to mention an underwater sequence, complete with predator in the water. Ladies and Gentleman, we have a very weak, clichéd movie which doesn't require you to put your intelligence on hold, it demand you scrap it completely and hope it never comes back, otherwise you'll sit there afterwards and go “There's NO WAY that works!”.So other than the fact that the story falls apart hopelessly at the seams, we are treated to some appallingly bad CGI, in fact it is so bad, I was wondering if at some point in time the Nvidia logo was going to appear - seriously, as I mentioned, it looks very much like a PC game circa 2002. The green screen scenes are also terribly handled - it wants you to believe the city is futuristic and attempts to do this ala Sky Captain, but it just looks like CGI on the green screen with the actors superimposed on the front of it. Shockingly bad. As for the performances, well let's say I don't think they'll consider this a highlight of their careers - and I think that would cover everybody involved on this movie.

I'd love to say more, but honestly, the point should be made. This movie should be served up at Christmas, because I've not seen a bigger turkey so far this year.