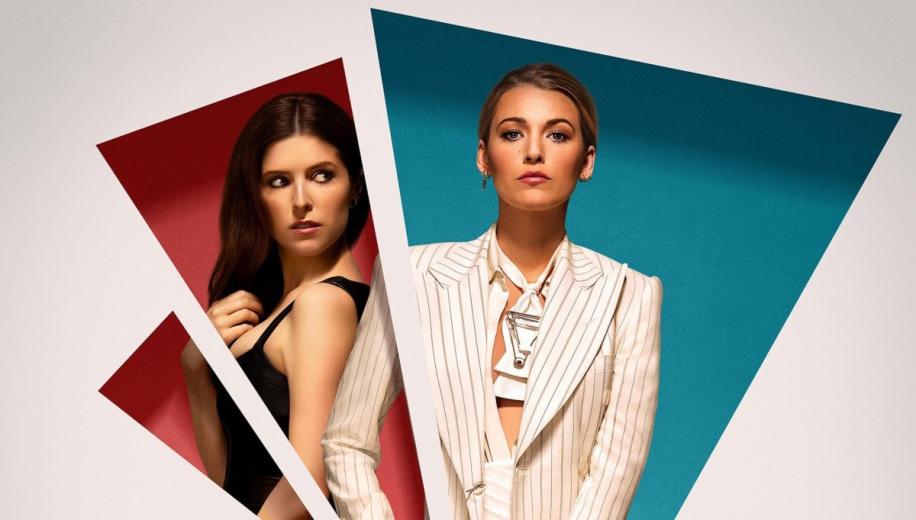 A Simple Favour may be Gone Girl-lite, similarly falling down on the last hurdle, but it still affords some delectable deceptions.

Writer/director Paul Feig is best known for his comedies, teaming up with Melissa McCarthy for a quartet of hits - Bridesmaids, The Heat and Spy, all a lot of fun, as well as the considerably less well-received Ghostbusters reboot - but here he goes semi-serious for A Simple Favour.

The results are curious to say the least, blending a distinctly Gone Girl-esque premise - complete with dark undertones - with an at-times jarring whimsical sensibility far more in-line with his prior works, giving star Anna Kendrick the hard task of similarly balancing a seemingly deadly-serious mystery with some more comedic frivolity that wouldn't look out of place on her Pitch Perfect resume. Initially, it just about works, drawing you into the quirky mystery, but the increasingly serious events are unfortunately met by equally comical contrivances.


The mystery works reasonably well, although it's frequently brought crashing back down to earth by the more whimsical elements.

A Simple Favour relishes its slow-burning mystery aspects, with Kendrick on suitably kooky form, and Lively looking utterly spectacular and putting up a cool barrier which only makes you even more curious as to what's underneath it all. With some gender-reversed Hitchcock vibes and a few not-so-subtle misdirections, the whole mystery part works reasonably well, although it's frequently brought crashing back down to earth by the more whimsical elements that see Kendrick play up her more goofy self, ultimately defusing any potential tension and fatally flawing the overworked and frustratingly familiar finale.

It looks gorgeous, as do its cast members, but Feig can't quite summon up a palpably dark underbelly (unlike Gone Girl), and doesn't know what to do with his ending but go full gonzo (like Gone Girl), although the lighter shenanigans will still keep you happily entertained for the duration. A Simple Favour comes to UK Ultra HD Blu-ray courtesy of Lionsgate, who afford it the same excellent presentation that their US release was blessed with, not quite making the most of the reportedly 8K source material due to an unfortunately limiting 2K Digital Intermediate, but yielding excellent results nonetheless.

Forget the 2K DI labelling, A Simple Favour looks utterly gorgeous in 4K, benefiting from a stylish but minimalist look which affords the image near-perfect lines, locales and bodies to deliver razor-sharp focus upon. It's crystal-clear, notwithstanding the lightest of sheens of digital grain to remind you that this is a film and not a documentary, lapping up immaculate interiors, stylishly coiffured hair and perfect makeup to deliver a sometimes underacknowledged uptick in detail.

Of course WCG and HDR are the big guns, brought to bear with the added enhancements of Dolby Vision, fine-tuning the colour scheme, allowing key tones added pop - from lush greens to Stephanie's alternate hair - and broadening the range of peak whites and inky blacks. It's a great looking film and consequently a great looking presentation. The accompanying Dolby TrueHD 7.1 track (a relative rarity these days outside of making up the core for Dolby Atmos offerings) provides healthy, zesty and suitably engaging audio that hits demo standards often enough to consider it a winner for this release.


Hits demo standards often enough to consider it a winner for this release.

With the focal feature of dialogue getting clear and coherent prioritisation across the frontal array, and a somewhat slight - and occasionally even whimsical - score keeping up the rear, the real breadth of the aural spectrum comes from the effects, which lap up the initially atmospheric sounds, before getting a little bit more interesting as the feature progresses, and the seemingly perfect bubble world threatens to be burst, with a few louder sparks added into the mix but mostly an adept rendition of the environmental noises. It doesn't have a huge wealth of material to deal with, but accuracy is key here, and the track savours what is on offer, disseminating it with aplomb. Lionsgate's A Simple Favour continues the releasing studio's commendable trend of - more often than not - porting over all of the extras from the Blu-ray onto the Ultra HD disc itself. And the extras themselves are pretty impressive, headlined by not one but three Audio Commentaries, a solo Directorial effort, one which pairs him with the cast, and one which pairs him with the crew.


The extras are pretty impressive.

A series of additional Featurettes continue the package, with a 20 minute making-of in Gravestone Martinis, as well as shorted additions - Suburban Noir: The Visual Style of A Simple Favour; Dapper Director Diaries; Love Triangle; Style By Mob; Flash Mob Making Of (the alternate ending); Dennis Nylon; and A Simple Playdate. A series of Deleted Scenes, that Flash Mob Alternate Ending, and a Gag Reel round out the extras. It looks gorgeous, as do its cast members.

A Simple Favour struggles a little with a jarring goofiness almost completely revolving around Anna Kendrick's unsurprisingly kooky character, who appears to have stepped out of Pitch Perfect and landed onto the set of a Hitchcockian thriller a la Gone Girl. Still, as slightly lighter entertainment it delivers, and in 4K it looks suitably stunning, with an excellent audio track and a wealth of extra features actually ported over to the 4K disc itself. It's a great release for fans to pick up.