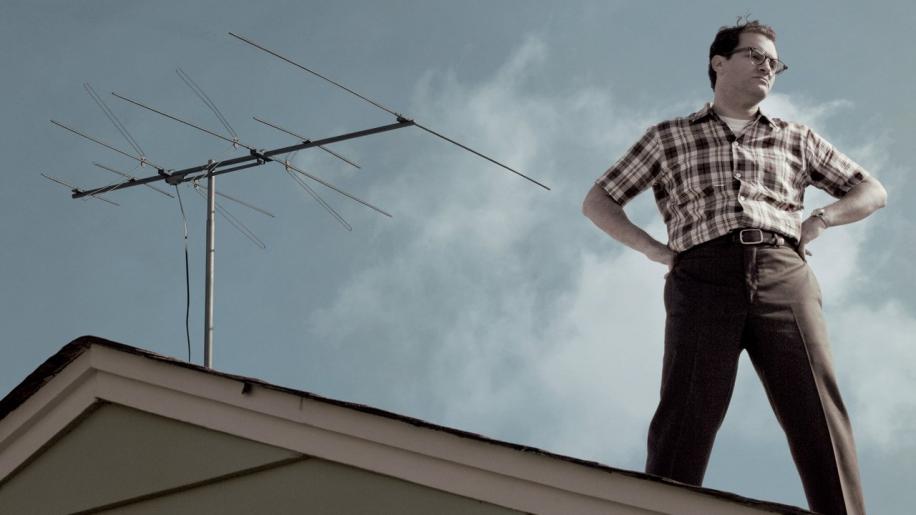 'A Serious Man' was released in 2009 and was written and directed by Ethan and Joel Coen. Producing some of the best and most original movies of the past twenty five years, the latest Coen brother's release is something that all movie fans really look forward to. With an undeniable knack for storytelling and a flair for making their movies both exciting and immensely amusing, this movie is the follow up to 2008's 'Burn After Reading'. Although I enjoyed the aforementioned thriller/comedy and the pair's most critically successful movie to date, 'No Country for Old Men', I have to say that I am a fan of their earlier work and found their more recent efforts (post 'Oh Brother Where Art Thou) a little lacking in comparison. Here's hoping that this movie will change my opinion and mark a return to true form (in my opinion) for the magnificent Coens.

The cast for this movie is comprised of a lot of actors that I have not previously seen before. Michael Stuhlbarg plays the lead character, Larry Gopnik. I have to say that this relative unknown is a strange choice for the primary character as he has limited experience, with the majority of his previous appearances gleaning from bit parts and TV shows. Richard Kind ('Spin City') plays Uncle Arthur. Fred Melamed plays Sy Ableman and is another actor who focused on television appearances before starring in this movie. Most surprisingly of all Sari Lennick, who has zero previous acting experience (in a feature/television production), plays Larry's wife, Judith Gopnik. From reading the cast listing I had a distinct sinking feeling (there's usually a couple of big names in a Coen production) but I reminded myself that big names do not always make a great picture and soldiered on!

The plot revolves around Professor Larry Gopnik, a highly intelligent physics professor who is seeking tenure at the Minneapolis based college where he lectures. It is 1967 and Larry seems to have the perfect life; a well furnished home, a good job (with prospects) and a wife and two kids. Unfortunately, things are not as solid as they may seem to an outsider and Larry's idyllic Jewish lifestyle soon begins to crumble. His habitually dope smoking son is on the slippery slope and is falling in with “bad company”. His daughter is a party animal, who is secretly saving for a nose job to conceal her Jewish heritage. Worst of all, his wife is engaging in some bedroom gymnastics (reportedly) with a close family friend (whom has gotten a little too close for comfort!). So, with his wife seeking to take control of his property and offspring, the deeply religious Larry turns to the local rabbi for some spiritual guidance. Things are made infinitely worse by Larry's strange and introvert brother, Arthur, who is working on a mathematical journal called the Mentaculus and resides permanently on Larry's couch.

I'm sorry to report that this movie just didn't gel with me at all. Although presented in a very slick and appealing manner, the plot was just a little too off kilter for my liking. Opening with a bizarre Jewish parable (which is incidentally presented in 4:3), this theme continues throughout, with the hapless Larry regurgitating advice given to him from the local rabbis (which comprise ridiculous religious teachings about how Hashem wants Larry to turn his negative experiences into positives) to overcome his personal problems i.e. keep the faith when all else is crumbling. As Larry's life degenerates even further, he visits more experienced Rabbis who recite anecdotes which have absolutely no relevance to his current predicament. Obviously included to highlight the futile nature of religion in general and cement the fact that man really has no control over his destiny, these outdated teachings seem a little irrelevant at the closing credits. The characterisation, as is to be expected from the Coen's, is very strong and most certainly adds appeal. The spineless Larry stumbles through life, forced into doing his wife's bidding by way of her domineering personality. The characters of Danny and Sarah (Larry's son and daughter) add another (slightly detached) viewpoint on Larry's raison d'être but they could have easily been omitted with no real loss to the overall story. The same can be said for Uncle Arthur, whose Mentaculus opus (a probability map of the universe) is very intriguing but is never really explained. There are a huge number of secondary characters, whose opinions on Larry's plight vary wildly. Their sole purpose is to bolster the base message that it is infinitely pointless to try and understand the mysterious motions of the universe. At base level, this is a story about morals and the purported consequences that veering away from one's faith can result in but it's delivered in a highly obscure manner that isn't always clear.

The direction (and cinematography from Robert Deakins) is impeccable, with the Coen's transitioning effortlessly from scene to scene using quick switches, captioning, sepia filters, red auras and plenty of other camera trickery to make this a very distinctive presentation. The authenticity of the piece is bolstered by immaculate wardrobe choices and set design. They inject a healthy dose of black comedy (as per usual) but it's just not as punchy or intelligent as their previous offerings. For example, Rabbi Marshak's revelation over the “Somebody to Love” lyrics feels contrived and disappointingly unfunny. I have to admit that my doubts about the ensemble cast are completely unfounded and collectively they are outstanding. Stuhlbarg, in the lead role, is very convincing and really serves to draw empathy and distain from the audience in equal measures. As his pathetic character is forced to move from his home, while continuing to support his poisonous wife and disrespectful offspring, it's only his underlying kind heartedness which prevents his character from becoming downright unlikable. Kind provides some good support as Arthur but he turns out a typical self depraving, bumbling performance and I feel that this actor is somewhat of a one trick pony. Lennick is surprisingly strong as Judith and while she projects a typical “Jewish wife” persona, it's her character's complete self assurance that the outright molestation of Larry's life is completely acceptable which adds weight to her performance. The best of the bunch, however, is Melamed's Sy Ableman. If Sy was a religious character he would be the serpent in the Garden of Eden. He moves and speaks with an oily and condescending manner, completely belittling Larry and removing him from the lives of his family with admirable ease. The rest of the extensive cast are perfect; it's only a shame that the majority of the characters seem redundant and unnecessary.

I suppose that all directors at some point make a selfish movie that aims to exorcise old demons and invalidate beliefs/teaching which have been engrained since childhood. I believe that this is one such movie. Perhaps it's my lack of any real knowledge on the traditional Jewish ways of life and religion which made this movie somewhat inaccessible to this reviewer (I am a goy after all!). The movie also ends somewhat abruptly and while this worked to some extent in 'No Country for Old Men', it really does not work here. I actually watched the last chapter of the movie again to make sure that I didn't miss some crucial aspect of the plot......I hadn't! I suppose that the major flaw in this movie revolves around the directors' efforts to highlight the pointlessness of religion and man's constant quest to unravel the mysterious of God and alter his ways (obviously Ethan and Joel were forced to attend Jewish Sunday school!). The problem is that this approach, while most certainly hammering home the Coen's intentions, also renders the characters and plot absolutely pointless as well. Unlike such seminal pieces as 'Fargo' and 'Raising Arizona', there's no real substance and the central story is mundane and uninteresting (and riddled with too many dream sequences). I watched intently to see where the meandering story would take me but unfortunately the end destination was slight boredom. It seems as though the Coen's have tried to be too clever for their own good with this one and while I'm still a fan of their quirky style, their decision to leave viewers with something to think about, rather than offering satisfying closure, results in a movie which feels like a watered down version of their previous efforts (such as 'Barton Fink'). Some viewers may have heralded this as the Coen's greatest movie to date but this humble reviewer will be sticking with 'The Big Lebowski'. Perhaps repeated viewings will provide clarity to the mysteries contained within but after one viewing this reviewer is stunned that this movie was actually nominated for a Best Picture Oscar.