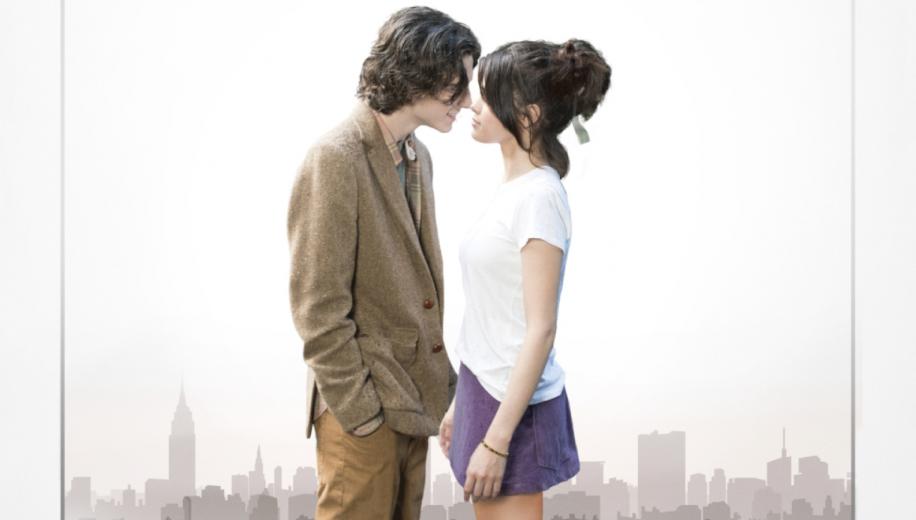 Amidst a resurgence in #MeToo allegations, Amazon Studios' decision to drop out of a multi-film deal with Woody Allen and stop the distribution on his latest led to A Rainy Day in New York being buried, and Allen's unbelievable annual movie streak - which he's maintained for almost 40 years - being brought to an unceremonious halt.

His prolific work isn't necessarily beneficial to the quality, but there have always been at least 1-2 gems every decade, with 2013's Cate Blanchett vehicle Blue Jasmine arguably the last film he made which came close to excellence. This latest effort doesn't really prove to be another hidden pearl, shrouded in controversy and made enticing through its unavailability, the classic Allen formula feels a little tired here even though - from a satirical standpoint - that was possibly his very point.

Gatsby is a pretentious, over-privileged waster who accompanies his innocent and insanely stupid girlfriend to New York so that she can do an exclusive interview with an elusive director, only for them to get separated - with her drawn into the director's messy world, whilst he walks the familiar streets of his youth and bumps into childhood friends, including the kid sister of an old flame, only now she's all grown up...

What Allen was clearly intending for is some kind of meta introspection, offering different versions of his prototypical Allen protagonist, but the end result is a little messy

Decades back, Allen would have clearly played Gatsby himself - a witty but painfully pretentious, opinionated neurotic who is also excruciatingly indecisive and uncertain, particularly in relationships, yet equally unfathomably popular with women - but he's long since jettisoned that notion, instead frequently adopting a muse to represent the "Allen character". This is never more evident than in Timothée Chalamet's Gatsby (great in Netflix's The King, soon to be leading the cast in Denis Villeneuve's Dune), who makes for an unsurprisingly out-of-time character, almost like they took The Great Gatsby and stuck him in 2020 (or 2018). Similarly Elle Fanning's blisteringly immature girlfriend (who gets altogether too many scenes that come close to playing as apologies/explanations for inappropriate behaviour vis-a-vis #MeToo) could have easily been pulled from the 20s, and even Selena Gomez - in easily one of her best roles - goes full Katherine Hepburn for the part.

What Allen was clearly intending for is some kind of meta introspection, offering different versions of his prototypical Allen protagonist (the Director, the Writer, and of course Gatsby himself) in perhaps a veiled attempt at self-depreciation, but the end result is a little messy, afforded some compelling scenes and moments of classically-written, trademark Allen dialogue, but often also tripping up over that very same dialogue, with Chalamet struggling to be vaguely bearable in the role, Fanning utterly wasted - and both revealing precious little depth (it's ironic that the majority of the main cast donated their salaries to charity following the #MeToo allegations that scuppered the release, as it's hardly their best work) - and only Gomez really coming close to a performance and character worthy of note. There's enough here for die-hard Allen fans - who will also have seen this all before, and done better - but nobody would have really missed a great deal if it had been buried for good.

A Rainy Day in New York comes to UK Region B-locked Blu-ray courtesy of Signature Entertainment, in the absence of any Stateside release, and in the shadow of its very recent Digital bow.

Signature affords Allen's latest a strong enough video presentation, boasting that quintessential Allen stylisation, which favours warm autumnal glow and classical softness but still sports some decent detailing beneath, revelling in the textures of the distinctive outfits and the sometimes lavish NYC locales - indoor and outdoor. The colour scheme revels in Allen's favourite tones, with a few sparks of red popping amidst the browns and yellows, and against the deep black backdrop. It's a strong video presentation, hardly demo but offering little to criticise.
﻿

Dialogue remains firmly prioritised throughout, given clear and coherent dissemination largely across the frontal array, whilst the effects are entirely environmental, providing some decent atmosphere as a backdrop to proceedings. The rainy streets, the buzzing traffic, bustling parties and everything else that brings NYC to life is captured well here, and the playful but restrained score rounds out the material for the soundtrack to play with. Again, it's hardly demo, but it's strong enough.
﻿

A Rainy Day in New York gets a UK Blu-ray disc which, perhaps unsurprisingly, has no extras whatsoever, with it being unlikely that anybody - whether the director himself or the cast, who have since disowned it - would have wanted to contribute any insight into this production.

A Rainy Day in New York isn't really worth the wait - not that anybody was particularly waiting for it - following its aborted 2018/2019 release, with a few nice scenes and at least a decent performance from Gomez, but precious little else to offer in Allens' misguided attempt to go full meta and reinvent himself for the latest generation. It ultimately comes over as tired and old, playing out the same as the many - vastly better - iterations he's done before over the years.

Signature's Region B-locked UK Blu-ray affords solid enough video and audio, but zero extras, and really is only a release - and film - for Allen fans desperate for the annual fix that has come a little late this time around.