A Passage to India Movie Review 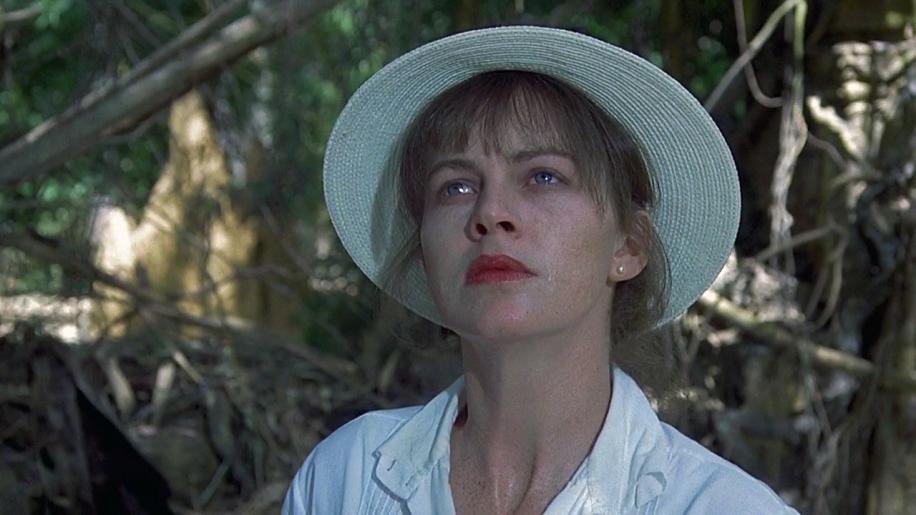 When you're voted as one of the top ten directors that ever lived by other directors, then that certainly says something about your repertoire and standing in that peer group. David Lean has made such classics as The Bridge on the River Kwai, Lawrence of Arabia, Doctor Zhivago and Ryan's Daughter. In 1984, fourteen years after making Ryan's Daughter he came back to make A Passage to India.

I am somewhat ashamed to admit that I have never really actually watched this film in full before. Yes it's been on in the background and I'd caught a few fleeting scenes of it but it never had my undivided attention to warrant it a fuller justice. Well, on this occasion on a cold, wet and windy Sunday afternoon I decided to make myself a nice hot cuppa tea, grab a few biscuits, get comfy on the recliner and enjoy nearly three hours of this epic journey.

Whilst epic is not a label afforded to any film, this adaptation of E.M. Forster's novel is certainly reaching for it. After fourteen years in the wilderness David Lean demonstrated his return to form as a master of his trade. Little were we to know though, that sadly this was also in fact going to be his very last film.

Adela Quested (Judy Davis) plays a young English lady who wishes to travel to India to meet up with her fiancé Ronny Heaslop (Nigel Havers). She's accompanied by his mother, a far older lady by the name of Mrs Moore (Peggy Ashcroft) and they both set sail to Chandrapore on a Peninsular & Oriental liner. With one being a young lady in search of adventure the other being a far older feisty and liberal minded one, this leads to a very believable onscreen interplay between Adela and Mrs Moore. It really does set the tone for quite a surprisingly spritely movie.

Their first foray into India immediately hits both ladies with great shock and surprise. The starkness of contrast between extreme poverty laid bare next to extravagant riches can be quite difficult to accept for anyone seeing it for the first time. It's quite hard to bear and difficult to reconcile with but India is such a diversely colourful and secular land that all too soon you begin to accept it as the norm.

The story is set in an India still very much under the influence of the British Raj and David Lean does incredibly well in depicting what the colonial influence was probably like back then. Lean clearly demonstrates the class divide between both sets of cultures. Whilst not offensively depicted in any way shape or form he does put matters across the way it quite likely was.


I can think of fewer actors who can play the charm of a young English fellow better than Nigel Havers and he certainly does it well here. He plays the part of a judicial magistrate based at Chandrapore and with his privileged life he's developed a sense of overly self importance. His mother though becomes increasingly disappointed in the way that both he and the other English folk treat the Indians with such an elitist disregard. It isn't long before both of our ladies develop a disdain of the segregated way of life and wish to meet the Indians for themselves.

Dr Aziz (Victor Bannerjee) is an affable Muslim doctor and one evening whilst she is out wondering around, Mrs Moore makes a chance acquaintance with him in a moonlit Mosque. It's a refreshingly different meeting of two cultures in quite an unusual place. With the river Ganges shimmering in the backdrop and the witty, sharp minded Peggy Ashcroft lighting up the screen, it's a truly wonderful quick fire exchange. No it's nothing like what you maybe thinking since she's twice his age, but it sparks a friendship based on mutual respect for each other.

There is of course adventure injected into the story and it comes in two accounts. The Marabar mountains are a train ride from Chandrapore and are apparently famous for their many mysterious caves. Invited by Dr Aziz to visit them on a day trip both ladies welcome the fact that they will be allowed to get away into the intrigue of real India. However prior to all of this, Adela has had a spooky adventure of her own. When out cycling one day she ventures into an overgrown field and ends up discovering a disused temple. There are many strange statues and figurines there and whilst caught up in a perplexed state of mind, she is given a fright of a chase by all the monkeys that dwell there.

Now it won't take the most eagle-eyed amongst you to see through all the thick layers of make-up to recognise a certain Alec Guinness in the cast. It's not one of his most stellar performances by any stretch of the imagination but it still has its charm. He is cast as an Indian spiritual guru of sorts by the name of Professor Godbole although in truth, being called Professor Oddball may have been more apt.

The other more worthy role of note is played by James Fox. He plays Richard Fielding who runs Government College and is a Brit who extends his connectivity by befriending the many Indians around him. It's not taken well by the other English folk and they tend to turn a nose up to his approach. Nevertheless the role does strike an important chord between the two cultures and shows the more progressive face of cultural harmony. At this point of the movie it's a role of seemingly lesser importance but the poignancy of the characterisation truly comes to bear at the end of the movie.

Well the trip to the mountains goes disastrously wrong. The travelling party gather at the lower caves but Adela and Aziz decide to leave them and head up to the farther caves. Adela inadvertently wanders into one of these on her own and the claustrophobic experience combined with the exhaustion from the climb overcomes her. She flees the cave in a complete state of shock and confusion. In a panic stricken descent she cuts and bruises herself quite badly and is picked up in a car and taken back home. Poor Aziz is left standing at the top of the mountains wondering where on earth she has gone and what has happened.

The bemused travelling party then eventually decide to head back immediately to Chandrapore only to arrive at the train station to a mass pandemonium. Dr Aziz is scandalised and arrested by the police as he is accused of having attempted to rape Adela. The story becomes incredibly interesting to say the least! Time for a second cuppa and a few more biscuits to munch on me thinks.

To be frank you would never have expected that the story was going to turn in this way. From a merry go lucky movie the racial undertones suddenly increase in overture. The injustice of the situation causes huge uproar amongst both sets of communities and really does set the tone for the inevitable. The trial of Dr Aziz is shrouded in scandal and a sense of guilty till proven innocent becomes quite evident.

What the film captures so wonderfully well from this point hereon in is the unsettling ethics of inequality. British rule eventually ended in India in 1947 but the disquiet amongst the indigenous peoples had begun to creep in long,long before that. The courtroom battle really does highlight the movement and the winds of change of the dying romance between the Jewel and the Crown.

I thoroughly enjoyed A Passage to India. Ironically it's the graceful and charming look upon what was a disturbingly unequal way of life that makes the movie what it is. It's also witty and swift in places yet it's measured and assuring in a way only films of the highest calibre are ever made. I wish more were made this way.