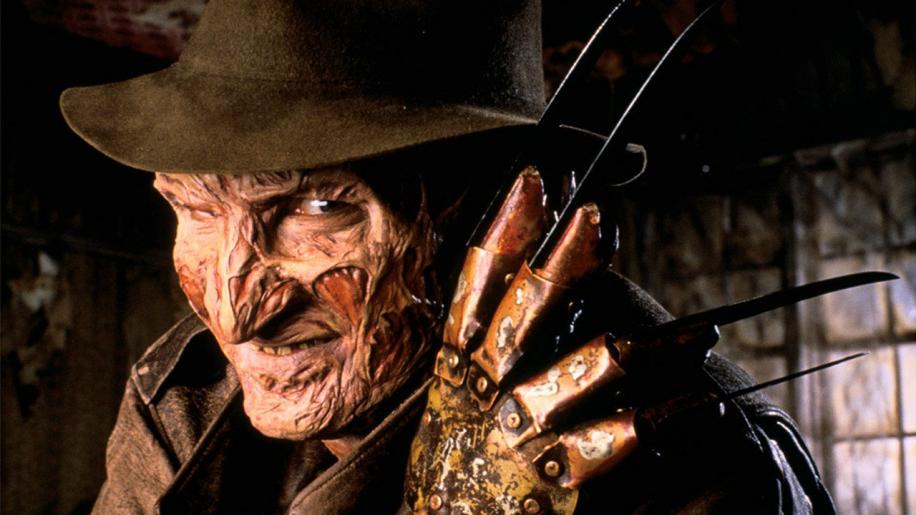 This is probably the best transfer to date that this movie has received, it is amazingly good for a low budget 20 year old movie. The print is absolutely pristine, with no dust or scratch marks present, which to be honest shocked me, but highlights what a great treatment this has had. Colours are bright and vivid, jumping from the screen - witness the hall monitors vivid red and green sweater or the fluorescent green ooze that leaks from the self-inflicted wound on Freddy's chest. In fact there's a really nice scene where Nancy visits Rod in jail and her blue eyes are easily noticeable and amazingly bright, certainly brighter than any other eyes I've noticed in recent memory. Of course, there's plenty of red in this movie, from blood to Freddy references (the red/green sweater) but there's no colour bleed on display and flesh tones were natural with black levels are suitably deep and dark as well, although there is a slight hint of edge enhancement. I didn't notice any artefacts on screen during the movie, nor were there any other defects/issues other than the slight edge enhancement I've mentioned. Even with the aforementioned flaw, with the age of the movie and the budget that it had ($1.8 million!), this is a wonderful transfer and I'm not complaining at all. Even though this has the original mono as well as a Dolby Digital mix, it's an average soundtrack, although a little too quiet for me. It's a little front heavy, but during the scares and the more busy scenes, you get a nice ambient sound from the rears, but to be honest if you think of this as more of a stereo soundtrack as opposed to a full blown 5.1 one, then you'll be more impressed as such. There's no hiss or crackling however which is very nice and the stingers are loud, sharp noises rather than large booming ones - some still work, provided you crank it up loud enough. It's good enough, but not reference material by quite some way. Ok for a single disk, the extras are poor. We have a commentary track with writer/director Wes Craven, director of photography Jacques Haitkin, Heather Langenkamp (Nancy) and John Saxon. It's quite interesting as they reminisce over the making of the movie, from mentioning Johnny being worried over learning his lines to how certain scenes were shot and the origin of the movie. It's certainly less stuffy than other commentary tracks. Other than the DVD-Rom content, we only have the biographies as extras. However, this title is part of the 8 disk box set, containing all 7 movies and a feature packed 8th disk, so it's not a complete failure but as I'm only referring to this disk, I'll mark the extras based on the ones present here. This is my favourite horror bar none - I always think of Evil Dead 2 as a comedy and nothing else. It does exactly what it sets out to do, scare and even with a tiny body count, gore hounds have still got something to watch, even if Depp's or anyone else's body doesn't hold that amount of blood. No this is a superbly crafted, tense horror, which makes you jump and isn't just another stalk'n'slash movie as was practically every other horror of the time due to Halloween, this was something clever if you got it and just scary as hell if you didn't. Sure it spawned a franchise and Freddy became nothing more than a distilled parody from the sequel onwards, but if nothing else, at the time, Willie from 'V' was scary.