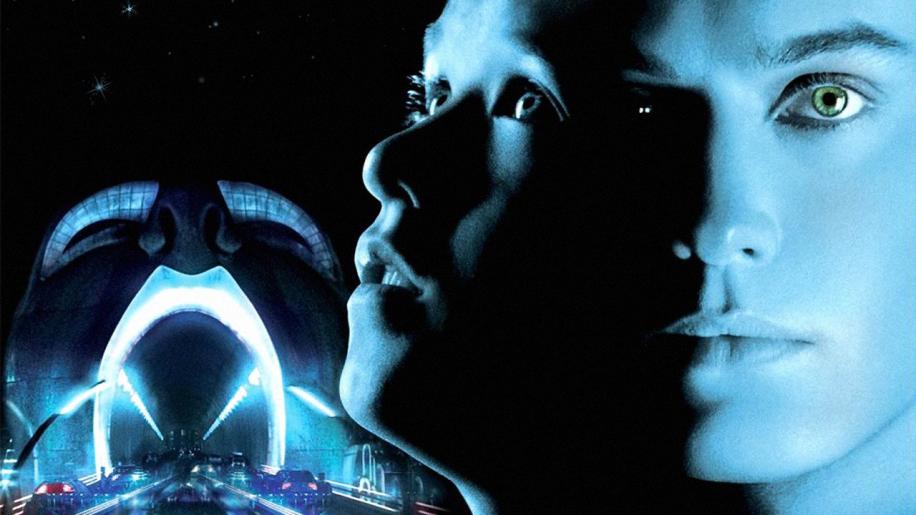 Based on a film concept by Stanley Kubrick, adapted from the Brian Aldiss short story Super-Toys Last All Summer Long and directed by Steven Spielberg A.I., is set in the near future where realistic looking robots have been created to serve humanity and the polar caps have melted. In this world we are introduced to Monica (O'Connor) and Henry (Robards), a married couple whose only son suffers from a terminal disease and has been cryogenically frozen until a cure is available. They are chosen as the ideal candidates to test David (Osment), an android programmed with human emotions, as a surrogate son. After some teething problems the family begins to bond, but when their real son is cured and returns home there seems to be little place for David. He is abandoned in a forest and left to fend for himself.
In many ways, A.I.: Artificial Intelligence feels like a companion piece to Spielberg's E.T.: the Extra Terrestrial (right down to the similar style of title). However, whereas E.T. was a heart-warming story, A.I. feels like too great a hybrid, mixing the clinical detachment and coldness of a Kubrick movie with the overt sentimentality we've come to expect from Spielberg's family fare. The look of the film is equally disjointed, with interesting Kubrick styled areas of stark colours and simple lines ruined by an over reliance on back-lighting (even when there's no reason on Earth for characters to be back-lit). At the end of the day, A.I. is an interesting, but ultimately unsuccessful experiment in combining the talents of two gifted, but very different directors.
There are shots and ideas in this film that will stay with you for a very long time, and Teddy (David's Super-Toy companion) is undoubtedly one of the most entertaining cinematic creations in a very long time, but at the end of the day this is a film that outlives its welcome and is more interesting than it is satisfying.