A History of Violence Movie Review 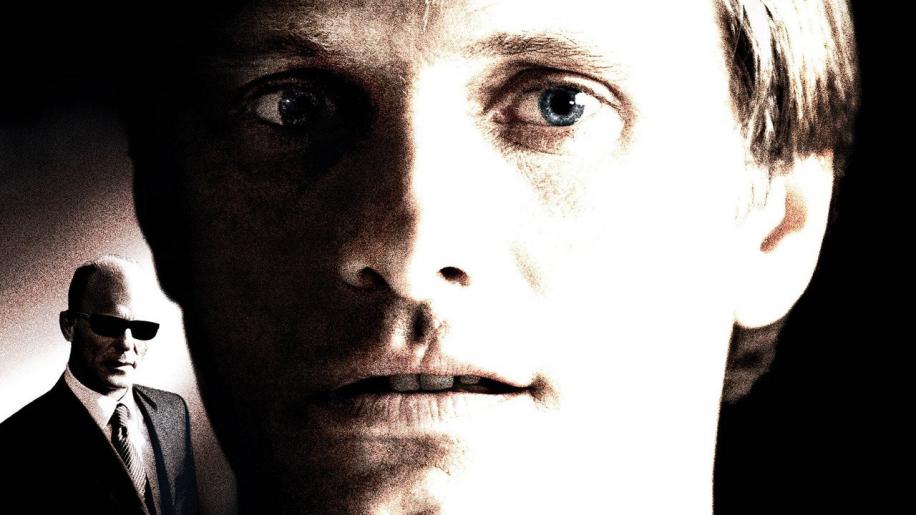 Cronenberg's fascination with the body has been well documented in such films as Rabid (1977), Videodrome (1983) and The Fly (1986) and whilst he has never lost that apatite his output since 1991 and Naked Lunch has delved further into the psyche. The human body is a marvel of biological machinery, a machine driven by a central complex, the brain. As one looks over Cronenberg's career his excavation of the machine naturally leads toward the psyche, though in fact it's always been there. Take for example Shivers (1975), little maggot like creatures invade the body and force it to commit sex crimes, on the surface body invasion and body manipulation, typical Cronenberg themes. But the maggots control the sex desire, a psychological aspect. Consider too Videodrome and its many body manipulations, yet the video tape controls the mind. However it's not until 1996 and Crash where he really starts to look into the mind and its devices, a trend that he continues with A History of Violence. With this latest effort Cronenberg has created a multi layered effort full of multi layered characters that adds up to much more than the sum of its parts.Tom Stall (Viggo Mortensen) is a quiet family man and owner of a diner in middle America (Middletown, Indiana but it could be anywhere). When he is forced to defend his establishment from two killers he is celebrated with hero status. But this act brings the unwelcome attention of a Philadelphia mob boss (Ed Harris) and again, when the life of his family is threatened Tom, reacts with uncharacteristic violence, which leads him to question his own past in order to find out who he is now.

I don't want to say any more about the plot because part of the enjoyment is watching the skilful way in which Cronenberg unfolds the drama; it is a wonderfully crafted film. Cronenberg sets out a deliberate pacing and the first few scenes are meant as introductions to the various aspects of the films character; the reprehensible bad men, unworthy of retribution; the loving family unit, husband, wife, teenage son and young daughter; the school bully; the simple working life in Anytown America; the cheerleader sex fantasy. Each scene serves to introduce a specific element and each scene gets its corresponding violent counterpart, mirroring Tom's own duality. Cronenberg, never the one to shy away from violence shows us just how horrific it can be, gun shots rip apart a body, blood is splattered, it's all a spectacle. Then in the very next scene those that have enjoyed that spectacle are forced, as are the characters, to live with what a savage and ugly act violence really is. As Stall tries to comprehend his celebrity status forced upon him for killing, albeit in defence, he wants nothing more than to shrink away and return to normality; such an act is impossible, violence affects everyone; the town, the family, the media. And when more violence enters the town in the guise of Fogarty, the mob boss, the stakes are raised as violence begets violence. Hitherto shy, much rather turn a fight into a laugh, Jack (Tom's son) exhibits his fathers own killer instinct when he takes down the two bullies that have been taunting him for years. To add to the complex father son relationship, and the question of violence is not the answer to problems created by this, Tom's immediate reaction is to strike his own son. Tom's decent from all American loving husband to violent psychopath is expertly realised by Mortensen. He is an actor that (as yet) defies pigeon holing or stereotyping as such we the audience do not know how to interpret his actions. Is he all he seems to be, defending his own, or something far more sinister?

There is something almost Peckinpah-ian about aspects of the film with a yes means no rape and defence of the home á la Straw Dogs particularly when it comes to Edie Stall (Maria Bello). Just like Amy, Edie has a dark time ahead and is a wonderfully complex character. In stark contrast to the love scene shared by Tom and Edie at the beginning, when Tom attempts to rape her, suddenly realises his actions and pulls back only to be egged on by Edie, she demonstrates a similar dark side to Tom brought out by the violence around her. And like him she too is disgusted by herself after the act. Her journey is equally as compelling as that of Tom's. Edie also gets a near replication of a shot of Amy when she dons a shot gun to defend herself.

The pivotal role of Forgery was given to Ed Harris a role metaphoric of the mind itself. It is possible that if he never showed up in town the Stall's may have gone back to their daily routine, but with temptation turning up there is only so much one can take. Harris' portrayal is cold, heartless and scene stealingly good. Little wonder of his academy nomination. As the catalyst of the devastation that follows his intervention is the cause of Tom's relapse and subsequent cleansing of his sole. In this sense he can be emblematical of the minds healing power, for when Tom returns after excising his demons, he becomes acceptable once more; ready and willing to move forward.

In fact weakest link on the acting from was little Heidi Hayes as Sarah Stall, I know we should make allowances for younger actors but in this case the calibre of talent around her just made her look awful, even though she had relatively little to do.

Cronenberg's pacing is deliberately slow, it is filled with the type of two shots he is famous for and looking through it is very easy to see his fingerprint irrespective of the script. Once again he reunited his crew of old, form set designers to prop handlers, each know their place and all pull together to make the best darn film they can. His tendency to improvise all the scenes on set make for some frantic design choices (such as hastily building a bathroom on to a room set within a few hours because it would be good for the scene) and enthuses the actors with a kind of energy. My only criticism would be that some of the dialogue is a little off especially between Mortensen and Bello which is a shame because the pair show a genuine chemistry on screen. Peter Suschitzky, Cronenberg's long time cinematographer once again pulls out a visual feast from elaborate steady cam shots to complex long lens shots, everything looks at its best. Howard Shore once again provides a majestic score that is right on the level to enhancing the visual and emotive level of the film.

There is very little one can fault about A History of Violence, it is as powerful as it is gentle, as dramatic as it is action and as compelling as it is complex. Little wonder it is winning awards left right and centre. Cronenberg has once again shown just how compelling the medium of film story telling can be when done correctly. With a feast for the eyes and the ears as well as for the mind A History of Violence is a cinematic treat that will have no trouble at all in finding plenty of homes in the DVD format.