Handling the truth in native 4K 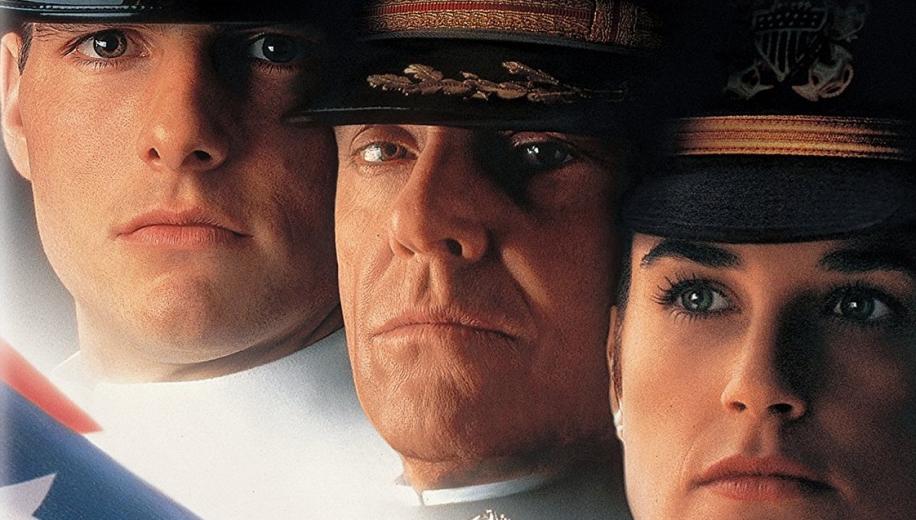 A quarter of a Century ago, Tom Cruise was riding high off a series of best-of-the-best roles, but A Few Good Men made an often dismissed change to that style, seeing the confident star play a brash, outspoken naval lawyer who is actually terrified of taking a case to court for fear of losing. When he's landed with a mess involving a couple of marines accused of murdering one of their own, he initially tries to make a quick deal, but soon finds that there's nothing that he can do to prevent this going all the way, forcing him to confront his demons and finally enter a real courtroom for the first time in his life.
Sorkin's script forms the backbone to this piece, giving the actors some memorable lines which go beyond the obvious ones that see Cruise famously face off against a roaring Jack Nicholson. The story is unsurprisingly punchy, played as a traditional underdog tale replete with twists, but balanced with subverted roles and a thrilling final act that - at least outside the courtroom - doesn't pander to Hollywood conventions. It stands the test of time probably due to its stage play style, and remains an underrated gem from Cruise, made impressive by the choice filmmakers behind him.

Shot on film, A Few Good Men benefits from a native 4K video presentation, which is still a relatively rare treat, absolutely shining on the new format, which revels in the new master and upgraded look and boasts a rich image teeming with fine texture and crisp visuals.


You can rest safe in the knowledge that this is as good as it gets.

Details are superbly observed, lapping up the rough fabric of the military garb, juxtaposed with the polished shoes and shiny medals; bringing the rich wood-dominated courtroom environment to life - which takes centre stage - and impressively rendering the close-ups of the main characters, right down to every pore and every strand of hair. Whilst the debate continues as to just how much more detail a native 4K video presentation affords viewers, you can at least rest safe in the knowledge that this is as good as it gets.

The colours scheme is understandably limited; restricted to muted matte green uniforms set against the rich mahogany backdrop, with skin tones healthy but never overly tanned, and solid blacks for the lawyer's outfits. But HDR and WCG are still implemented, only subtly, enhancing the film's natural look with richer, deeper colour tones that provide a universally more impressive image than the film's 1080p Blu-ray counterpart. Black levels are upgraded too, dropping any hint of banding and leaving the night sequences and shadow detail at an all-time high. This is another great example of a back-catalogue, shot-on-film, movie shining on the burgeoning format and, in many respects, outdoing its more recent counterparts.

On the aural front, the UK Ultra HD Blu-ray release of A Few Good Men benefits from a Dolby Atmos track, with the immersive HD audio enhancement founded upon an already impressive Dolby TrueHD 7.1 core.

Whilst the material is inherently lacking in bombast, there's plenty of atmosphere and a quality score underpinning the whole affair, leaving it strong in the aural department even if you're unlikely to ever turn to it to use as a demo disc.


Plenty of atmosphere and a quality score underpinning the whole affair.

Given its stage play traits, it's unsurprising to find that dialogue remains the most important element, afforded prioritisation across the array and largely dominating the frontal array for the majority of the duration. Effects are, as aforementioned, notionally atmospheric in design, occasionally engulfing you in the deluge of a downpour, or setting your ears ringing with a thunderous gunshot, but otherwise picking up on the nuances of the dominant sets - the echoing courtroom replete with the tap of polished shoes on the floor or the almost machine-precision of a military drill in full swing. As stated, the resonant score holds it all together, closing off a very good audio presentation.

Whilst the Ultra HD Blu-ray disc itself doesn't port out all of the extras which can be found on the accompanying Blu-ray, it does offer access to the strongest offering - the Audio Commentary from Director Rob Reiner - which is a pleasant surprise, affording you the opportunity to enjoy the track whilst watching the film in all its 4K glory.

The Blu-ray disc also allows access to a couple of decent Featurettes - Code of Conduct and Stage to Screen, and the solid extras package is rounded off by a few Previews.

An underrated gem from Cruise, made impressive by the choice filmmakers behind him.

A Few Good Men's UK Ultra HD Blu-ray release benefits from an upgrade in video and audio, with a striking native 4K presentation as well as an immersive HD audio track in the form of Dolby Atmos. All the old extras can be found here and they've even ported the Commentary onto the actual Ultra HD Blu-ray disc itself. Fans of the film should consider it a worthy upgrade.