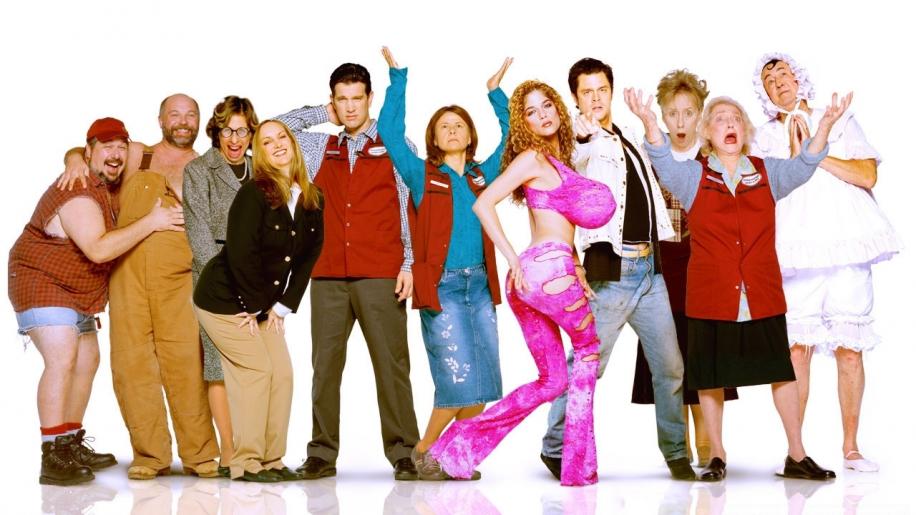 What a wonderfully diverse and complex art form cinema is. More than any other it has the ability to totally immerse you for a time in a way that other arts cannot. Reading for example takes concentration and relies on ones own imagination. Paintings may stir passions within us and invoking deep feelings and the stage may regale us with a story and transport us to another place. It is film however, that combines all these elements into one cohesive whole. The combination of the audio and the visual remove the 'imagination' element making for a wash of emotion. Little wonder than that this most powerful of art forms has produced some of the most spectacular works of modern times. Such is its level that filmmakers have now started to try and influence our perception of general culture, Moore and Spurlock are only two such directors. These so called docudramas are a spin off of what filmmakers have been doing for years, putting across a message in such a way as it gets absorbed and understood; most decent science fiction is a prime example. With that in mind, what then could a director obsessed with true crime and a reputation for producing some of the most shocking moments in cinema history have to say? I am talking about John Waters, born and raised in Baltimore, and even though he has made only sixteen films has forged him a reputation for shocking in the extreme. His early work lives up to this reputation, particularly Pink Flamingos, for which he will always be remembered. Since 1988, though, his work has been more and more in the mainstream; still firmly in the off beat category but at least his out and out shock tactics are becoming rarer. His films may be about shocking subject matter, but they are far more accessible now than ever before.Let us look at A Dirty Shame, Waters latest cinematic treat. It is the story of Silvia Styles, a near frigid house wife, that unwitting receives a concussion turning her into a sex addict. This transformation allows her to reconcile with her unfeasibly large chested daughter Caprice (or Ursula Udders as she likes to be called) and together with Ray Ray, a self confessed sex addict healer, lead the revolution against the town full of 'neuters' and Big Ethel their leader, hell bent on 'moral decency'. Then toss in every sexual fetish ever practiced and serve up as a hilarious comedy. This is a glib few lines describing the plot, but hopefully you can already see the message that stands loud and proud of tolerance for alternative lifestyles and a rejection of state controlled decency.

To explain further, Silva represents middle America, happy enough in her own life, but out raged by the antics of her own offspring, she also sees depravity everywhere, even where none really exists. Caprice, her daughter and representing youth, is an exhibitionist and thinks nothing of dancing naked at the local biker bar, is actually a tender soul that loves dance, but driven to extremes by an over bearing establishment. Big Ethel, stanch leader of the moral decency brigade, represents the establishment, unwavering in its drive to remove all and everything thing she deems as deviant behaviour; her cries of “No more tolerance” are a sad indictment of our modern world. Ray Ray, the sex healer, represents inhibition, our unrepressed selves if we could be such a thing, wanting nothing more than to free all and embrace our sexuality in all its diversity, he is looking for a new sex act, and believes Silvia is the key. The stimuli for turning a neuter (intolerant activist) into a sex addict is a blow to the head, a not to subtle wake up call to all that watch. Unfortunately the current administration in the US is run on fear and intolerance, Waters film is a trying to open the eyes of America to embrace its diversity, not be afraid of it. Janet Jackson in trying to cause a stir has had far reaching consequences and as part of the outlandish backlash much of what America holds dear has been washed 'clean'. Waters has seen this and tried to address it with the only means he is able. I only hope America ends up like the end of the film and celebrates is own diversity, common sense finally winning over.

Waters is well known for having assembled a cast and crew that he has used throughout his film career. Joining his regulars there is Tracy Ullman (Silvia) who I've not seen on my TV since Three of a Kind with Lenny Henry. Johnny Knoxville plays Ray Ray, and is quite honestly good for the role. He was cast as a direct result of his Jackass movie in which Waters professes a kindred spirit with his own Pink Flamingos. Although he doesn't have to do much he none the less does give off the persona of a sex healer. Selma Blair plays the incredible Caprice, her topless scene with those outlandish sized fake breasts is a hoot. Chris Izaac plays Silvia's husband, in a role that calls for him to be a neuter too. Finally, big Ethel is played by Suzanne Shepard, of Soprano's fame, as the worst case of moral superiority in the film. She had huge reservations about taking the part, but luckily she did because she is really quite wonderful. The entire cast puts much in the film, there is no need for much serious acting, this is after all a comedy and a very decent one at that, but each adds their own personality to the role and all come out looking good.

Everywhere you look in the film there is a representation of something sexual, the script called for a sexual landscape and Waters uses this to fill the frame with suggestive flora, trees, bushes even the squirrels get into the act with their own concussions. The fetishes are to numerous to count, most, thankfully, don't have an on screen representation, but are merely referred to in the dialogue. Even with this subject matter the film still remains very funny, wild situations are dealt with commonplace and the extreme behaviour is seen as nothing less that madness; good comedy comes from ludicrous situations and as such, this film can be seen a good comedy.

One final thought, even though the films message is clear from what I saw in the film, and is, to some extent, confirmed by the crew's own thoughts within the All the Dirt documentary, Waters himself denies all such allegory stating it is just a funny film filled to the brim with different fetishes. Take from that what you will.