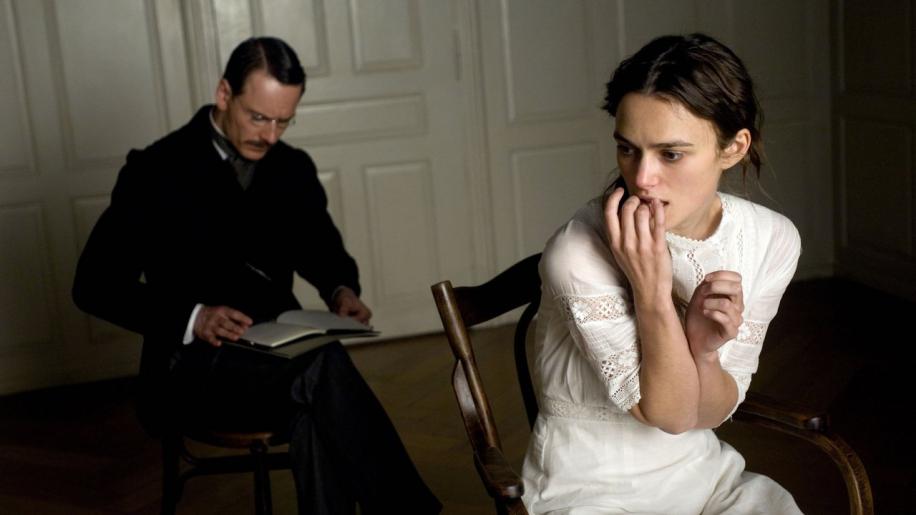 Do you remember all those conversation you had back at University, amidst your equally naive and inexperienced friends; all of you thinking that you could right all of the wrongs in the entire world just from your dorm room? If you never had the chance, or don’t remember back that far, it’s something Dawson’s Creek has immortalised – the notion of the pretentious late teenager, who thinks he knows better than all around him.

I never really expected psychologists to fall into this category, but thinking of the quirky eccentricities of all of the big names in the field – most notably, Freud’s obsession with all things sexual – you have to wonder whether their own personal issues didn’t play more importance in their profession than any ‘science’ that might be spoken off. Sure, the ensuing practices are now of interest and importance to explaining, understanding and even curing numerous mental illnesses, but the actual process by which these fields evolved might have been just as odd as the very people who pioneered it.

Two of the biggest names in the field of psychology are Carl Jung, and the aforementioned Sigmund Freud, and – in the years running up to World War I – they met and engaged in a fruitful relationship that saw both of their strengths develop. Arguably changing the faces of their respective practices, it also had a significant impact on their private lives and their own personal outlooks.

A Dangerous Method looks at these 6 pivotal years, running from 1906 to 1912, where Jung and Freud corresponded, met, travelled together and collaborated.

It introduces us to the young Swiss Doctor, Carl Jung, who is about to take on one of the most important patients in his entire career – Sabina Spielrein – a crazed woman who is clearly in need of some kind of help. By adapting ideas conceived by radical psychoanalyst Sigmund Freud, Jung manages to get to the heart of Sabina’s issues.

Jung elects to meet Freud and, on their first night together, they talk for almost 13 hours without stopping. Intrigued by each other’s ideas and views, they still disagree on a number of key issues, including Freud’s view on how everything relates to sex and Jung’s predisposition towards things slightly more intangibly spiritual, and arguably supernatural. Soon Jung finds his own actions twisted by Freud’s words, and he pursues an ill-advised course with his own patient, Spielrein; one which may change the lives of the three of them forever.

Director David Cronenberg has perhaps never played things quite as straight as he does here with A Dangerous Method, an adaptation of Christopher Hampton’s 2002 stage play, The Talking Cure; itself based upon John Kerr’s 1993 non-fiction book, A Most Dangerous Method: the Story of Jung, Freud, and Sabina Spielrein.

Known for his innovative forays into body horror-themed productions – from Scanners to Videodrome; The Fly to Existenz – his works have also always displayed his interests in the psychological, often manifested visually for audiences to see. Indeed a movie about two of the greatest pioneers in the world of psychology must have felt like a dream project for this particularly filmmaker.

Furthermore it gave him the opportunity to reteam with his favourite actor of recent years, Viggo Mortensen (The Lord of the Rings, Carlito’s Way), with whom he was in the middle of doing a crime trilogy, bringing on board acclaimed French actor Vincent Cassel (Black Swan, Brotherhood of the Wolf), who had also played in Cronenberg’s last feature, Eastern Promises, as well as man-of-the-moment, Michael Fassbender (X-Men: First Class, Jane Eyre), together with Brit leading lady Keira Knightley (Pride & Prejudice, Never Let Me Go).

With such a cast; a screenplay which had been adapted by the very writer of the award-winning play upon which it was based; and such an interesting historical subject-matter to delve into, how could this imaginative, no-holds-barred Director fail but to bring us an absolute masterpiece?

Well, it appears, fail he could.

A Dangerous Method may have all the right ingredients, but they come together to form a ponderous, meandering, disjointed mess, which – whilst it boasts at least one standout performance – still wallows for the duration in its own mire of inexorable, and inexcusable, pretentiousness.

Perhaps the biggest problem is what appears to be a complete lack of focus.

The story takes us skimming at light-speed through the rehabilitative treatment process of Sabrina Spielrein, and, before long, she’s not only a viable love interest for Dr. Jung, but also a budding young physician herself. None of this particularly makes sense – days clearly having morphed into months, and then years, without rhyme or reason – and there is little done to back up the plot developments; in particular the ‘romance’ between Jung and his (ex-) patient, which appears to be both one-sided and based purely on the slightly perverted physical side of things, but which we are supposed to believe is a romance of all ages.

In the meantime we have this strange relationship between Jung and Freud, which appears to stem from an immediate mutual respect and common interest in the field of psychoanalysis, but which – almost on a whim – flips straight into outright animosity. Little explanation is given: Freud appears to be frustrated by Jung’s rich family background; Jung disagrees with Freud’s obsession with underlying sexual explanations for everything, but none of it is shown in a convincing, realistic fashion. It’s like a couple of pen-pals who met up twice, chatted all night like pretentious university students, and then fell out because they were never really friends in the first place, just acquaintances brought together through circumstance.

Kudos for trying, but even the likes of Michael Fassbender and Viggo Mortensen don’t appear capable of shedding light on these medical enigmas. Fassbender never gets to grips with his character, and so it is impossible for the audience to do so either, and we are left with a feeble, whimsical protagonist, whose only ability appears to be an uncanny, almost supernatural power of foresight. I’ve got a lot of time for the actor, but he seems less involved here, and perhaps a tiny bit more reliant on playing little more than a variation on the characters that he’s brought to life so well in other dramas – the strongest trait coming through being the predisposition for seducing and betraying women, here shown so often in an inadvertent, half-hearted fashion which only further exaggerates the feeble whimsy of the character. Indeed his final few lines are so utterly out of sync with the way in which the rest of the drama is played out that you wonder whether the characters painted in the fleeting last moments were torn from another drama – say Atonement, or Wuthering Heights – rather than this sorry affair.

Mortensen does one thing excellently here: he fits the part. Complete with a prosthetic nose and a well-styled beard, he comes across as exactly what you would expect from the notorious Sigmund Freud, right down to an excellent, thoroughly convincing accent. Unfortunately there is simply nothing to his character. Already well into his later years, we have little to learn from him other than a peculiar stubbornness and predisposition towards taking umbrage with incidents that others would have so easily let go. Mortensen too finds it hard to wrestle with the role, and also never really makes it his own, but for in outward appearance, leaving audiences lost as to what makes this guy tick. Which is a real shame when he is such a famous, supposedly interesting character who we’d all love to know more about.

Indeed it’s only Keira Knightley that survives this whole project with her dignity fully intact, coming across as the only person who fully commits to the role; an irony when you consider that she was not actually the first choice for the role – the part was apparently specifically tailored from play to screenplay with Julia Roberts in mind. I couldn’t have imagined Roberts as the frequently hysterical Sabina – she’s never had that kind of emotional range – and I certainly wouldn’t have expected her to accept the sexual explicitness of the material; even Knightley had her reservations about it, and clearly had the director tone it down to a more acceptable level.

As Sabina, Knightley is perhaps the least conventionally attractive that she has ever looked; complete with exaggerated forehead, frequently pronounced jaw movements and commonplace gestures of anxiety, depression, nervousness, and rage all evident across her visage. It’s arguably the best performance we’ve seen from the still-just-27-years-old actress (although she was great in Never Let Me Go), and, rather surprisingly, she reigns victorious over this piece; her performance remaining the biggest reason to watch it – if not the only reason.

The worst thing about A Dangerous Method is that it neither paints an insightful portrait into the field of analytical psychology and psychoanalysis, nor makes for an engaging biopic about these three psychologists, nor even sustains as any kind of substantial relationship drama in its own right. None of its characters are particularly likeable, the science feels like a footnote rather than a central element, and even the actors appear to have been swallowed up by the overwhelming air of pretentiousness about the whole subject-matter; the only one standing out being the least experienced of the bunch.

Even Cronenberg’s trademark organic visual flair has been supplanted by some rather cheap looking CG elements, most notably a terrible CGI Cruise Liner that threatens to instantly take you out of the picture – it would have been better just to do interior sequences rather than showcase this shoddy bit of effects work.

This isn’t the only problematic biopic / historical period drama that I’ve come across recently: Clint Eastwood’s J.Edgar suffered similar problems – a debilitating lack of focus, poor and distracting effects; all fatally damaging the end product, irrespective of the worthy performances on offer (in Edgar, it was DiCaprio, here’s it’s Knightley). Honestly, I expected more from Eastwood, just like here, where I expected more from Cronenberg and co.

If your curiosity still hasn’t been sated, then by all means check out A Dangerous Method, it’s certainly something of an oddity amidst Cronenberg’s commonly surreal film history – a straight-laced period piece whose only common theme is that of psychologically alternative subject-matter. Just don’t expect too much from the acclaimed director, or from his generally reliably great cast. Watch it mostly to see just what Keira Knightley is truly capable of, as there’s little else of note here.