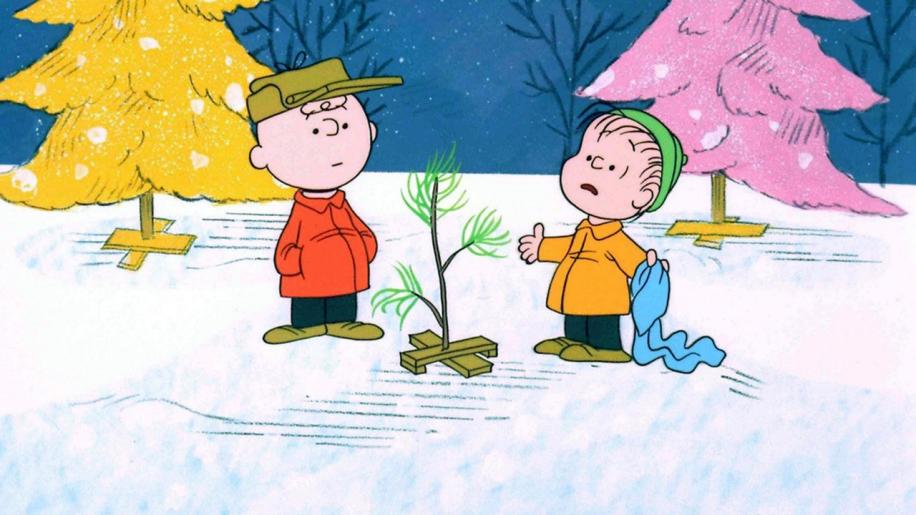 Made in 1965, as the first major animated TV production of the long running Peanuts comic strip, A Charlie Brown Christmas might seem likely to be viewed as an outdated dinosaur in comparison to the social satire and profanity of today's many adult oriented animations. It is all too common for the present day media to look upon the notion of cartoons and animations appealing to both adults and children alike as some sort of modern phenomena. The Simpsons is frequently lauded (and many would argue rightly so) as the greatest television show of all time. Similarly, Pixar studios have seemingly crafted themselves a hugely profitable niche in the current marketplace by scripting for the whole family. Yet this is not a Eureka moment that was happily discovered by a pioneering animator in the last couple of decades as many will know. A quick look at some of the American cartoons of yesteryear shows this not to be the case, with numerous examples littered throughout the medium, all amalgamated not by a genre but by the very manner in which they visually represent their stories. As such, I find it not only pleasing that I am allowed the privilege of reviewing one of the cornerstones of the art form, but doubly so that it should be such a yuletide example - A Charlie Brown Christmas.

Their favourite time of the year”


As a child I remembered the Peanuts cartoons and comic strips for their depiction of a loveable dog, Snoopy. Most children gravitated towards this joyful fool of a figure because of his simple joie de vivre and the slapstick antics he was involved in. Often rattling out more of a mewling than a bark, he quickly became a recognisable staple of the cartoon. However, scratch beneath the surface once more, whilst wearing the time worn and rather more cynical glasses of an adult and the picture skews to show an altogether different tale. In Charlie Brown, Charles M Schulz moulded a quintessential everyman, full of the neuroses that are thought to be kept aside for those who've entered the adult world and have had the thrust of responsibility loaded upon their shoulders. The first thing that strikes you about A Charlie Brown Christmas is just how little of this was removed for what surely would have been easier to market as an upbeat tale. If anything the pathos that surrounds Brown is thicker than ever.


”Snowflakes in the air


As the snow falls upon the small town where the children live, and they all skate, buoyed by an apparent atmosphere of care free pre adolescent frivolity, two small bodies mark their way across the blanket of white, carrying their skates. Charlie Brown, eyes crunched and peaky, an outward sign of the troubles on his mind, is followed by his blanket dragging friend Linus. Far from being buoyed by the spirit of the season of goodwill, Brown is dismayed at the festive cheer as he cannot get past the feeling that Christmas has simply become too commercial. Hardly a grand opening for a twinkling baubles-and-all yuletide extravaganza is it? That though is the point, as Schultz has set out his stall early on that this is to actually have a Christmas message that isn't based on mere generosity.


”Sleigh bells in the air

And joyful memories there”


All the familiar characters turn up, and they too add their own elements to the overall sense that this is an adult tale. One absurd encounter has Charlie trudging through the snow fields, only to come upon a shack similar to those that children throughout the states might sell lemonade at. Only this ramshackle construction doesn't advertise home made freshly squeezed sugary beverages, but instead advertises “Psychiatric help - 5c”. Unsurprisingly Charlie seizes this opportunity to get some much needed advice and Lucy zips across the ground to ensnare perhaps her only opportunity of a customer. No sooner has he dropped the coin in her collection tin does she seem to lose all interest in the wellbeing of her client, only to spend the next few seconds rattling the money around, revelling in the clinking of all that change and her new found fortune. She could almost be a real psychiatrist and this is only the first of many small digs at a world that has become increasingly obsessed with wealth and possessions - a trend that has even diluted Christmas, much to the chagrin of our prematurely aged protagonist. Even his own sister, who asks him to help her write a letter to Santa, includes the addendum that if the inventory she has laid down is too complex for him to remember, cold hard cash will do in “10s and 20s”. Once her elder sibling has departed in despair she hollers out at him “All I want is what I have coming to me. All I want is my fair share!”

We'll be drawing near

Such spirit through the year

Such spirit through the year...”

There is, of course, a turnaround in circumstances. Charlie Brown attempts to overcome his ill feelings by taking the role of director of a small Christmas play the children are putting on. There are a few minor moments of idle chit chat that contain not only some sharp wit but also genuine warmth. The fact that children were used to voice the characters only serves to heighten this juxtaposition between the world of adults and children. Brown is intent on producing a non commercial play, but he once again finds himself swimming against the tide of Lucy and co with their ideas of pink aluminium trees - as Linus remarks “Gee, do they still make wooden Christmas trees?” We are essentially watching a character questioning all before him and having what seems to be a mid life crisis of sorts when he is only knee high himself. At times it is akin to watching a diminutive Woody Allen (though the real Woody could hardly be smaller) in cartoon form. Full of pathos, neuroses, issues and the ability to over analyse every situation, it is only the final balancing act of Linus that keeps things on an even keel. When all seems lost, he brings the audience, and the character, back to the simple meaning of Christmas in a wonderful way. Perhaps I'm being too wistful here, but to me A Charlie Brown Christmas is far more than a special produced for a specific time of year. It may only be 25 minutes in length, but it contains many wry lines of dialogue, childish slapstick humour and a final message that should be heeded by all who think that maybe we've taken a step too far into the commercialisation of what should ideally be a cherished time of year. If you're cold this Christmas, this is the perfect tonic to thaw out an icy heart.