A Bridge Too Far Movie Review 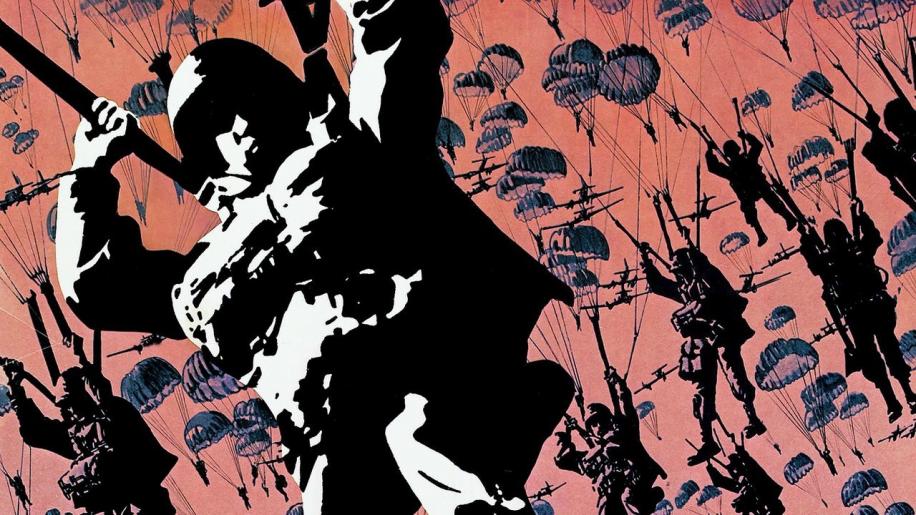 This will be obvious to followers of the England soccer team - but for those of you that haven't yet seen Attenborough's A Bridge Too Far, the answer might not be that obvious - so let me give you a clue...


Starring just about every half decent actor who was plying his or her trade in Hollywood or Pinewood in 1977 (and some still do so today), A Bridge Too Far tells the story of Operation Market Garden - or rather adapts Cornelius Ryan's novel of the same name into big screen material.

The problem with Hollywood adaptations of history, they are all too often “adapted” incorrectly. Having read Ryan's novel a few years ago, I can confirm that the film is a true account of the pages of the book - it's the book that falls down on historical accuracy...however, lets concentrate on what we have here.

The Second World War has been raging in Europe for five years now and the Nazi regime has a firm stranglehold of just about every major European country. D-Day failed miserably and thousands of British troops are still stranded on the beach at Normandy. It seems that hitting the enemy head on isn't going to work - hitting them from within seems to be the only way to break them down.

The brainchild of General Bernard Montgomery, operation Market Garden planned to drop 35000 allied troops up to 64 miles behind enemy lines.

The film opens slowly with lots of planning conferences and general dialogue explaining what's to come. The film really gets into gear just after the drop happens and it's from here that we follow Major General Robert Urquhart (played by Sean Connery) and his ill fated attempt to take the bridge crossing the lower Rhine at Arnhem. This bridge is one of a dozen to be taken and secured by allied forces in two days, enabling XXX Corp to trundle over them, spearheaded by Lt Col Joe Vandeluer (played by Michael Caine) and meet up with the 101st Airborne , US 82nd and the British 1st. From here, they would form one big Battlegroup and move up and give the Nazi's a right hammering and be back in time for tea and medals. However, as anybody that has served in the armed forces knows, no plan survives the first contact...

Hampered by incorrect intelligence, dodgy kit and incorrect frequencies for the radios, the final stages of market Garden were doomed before a single paratrooper set foot on a Dakota. The film tries hard to be a classic - but, in my opinion, a little too hard...

First up, there's the cast. Starring (in alphabetical order) Dirk Bogarde, James Caan, Michael Caine, Sean Connery, Edward Fox, Gene Hackman, Anthony Hopkins, Hardy Gruger, Laurence Olivier, Ryan O'Neil, Robert Redford, Maximillian Schnell, Liv Ullman, Mr McEneany snr. and 1000 soldiers from The Parachute Regiment, egos were always going to be high. They do try their hardest - and Hackman in particular stands out from a very distinguished crowd as Polish Major General Stanislaw Sosabowski. His accent goes a little AWOL at times, you do feel for him - chomping at the bit to get his own back for what the Nazis have done to his people and his fellow soldiers that have been captured - but held back in reserve.
The film does have some standout set pieces though. The “lob” into battle by the Paratroopers is something that would be done in a computer studio these days. Not so thirty one years ago though. There are some very good battle scenes as well, with some highly accurate portrayals of street fighting and the soldiers struggle to sometimes find courage in the face of adversity.


If you can stay awake through the first hour, I think you'll find A Bridge Too Far a decent Sunday afternoon matinee. It's a little long and a bit of trimming around that first hour wouldn't have gone amiss. It does it's best to portray the horrors of battle given the limitations of the day. As a war film, it comes second best films like The Longest Day and Patton. This is mainly due to the majority of the ultra talented cast turning up for their money and thinking nobody will notice a bad performance. Well, I'm afraid it's a bit like the England soccer team I mentioned at the beginning of the review...no matter how much talent you have on tap, if you can't get them to perform together, the end product isn't going to be much good.

If you haven't seen A Bridge Too Far before, it's worth a rental to fill a rainy summer Sunday afternoon.