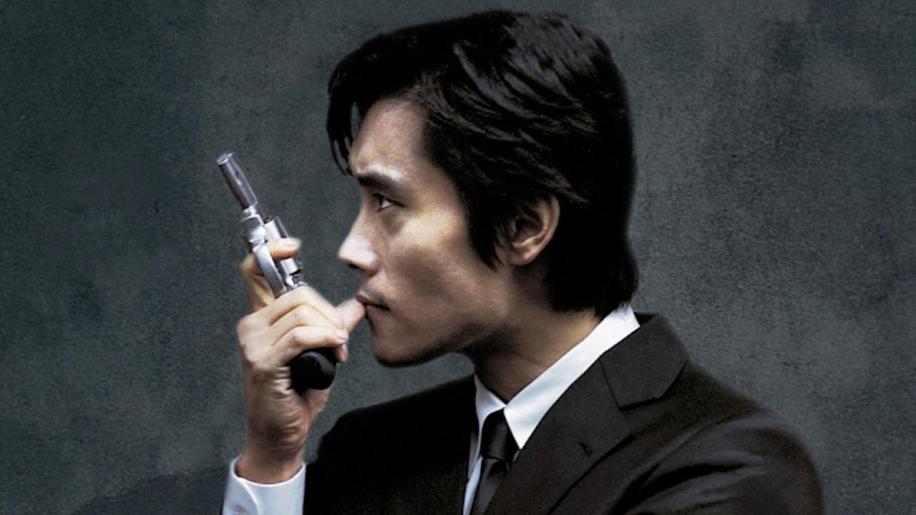 Every now and then you get to see a film which has had hardly any press or it is recommended to you by word of mouth. Having appreciated Asian cinema for some years now I was pleasantly surprised when the director of 'A Tale of Two Sisters' new film dropped on my door mat. Not knowing any real details about the film and the fact that the DVD case was entirely written in Korean, I had no idea what the film was about. I was tempted to have a quick look on the internet to see what the basic storyline was, but I relented. So I popped the disc into my player and sat back.

Sun Woo (Lee Byung Hun) is an enforcer to one of Korea's crime families. Using his cover as a bar manager he is relentless in dishing out punishment for people who cross him or his boss, Chairman Kang. Kang is a predictably unpleasant fellow who is seeing a younger woman. Kang has to go away on business to Shanghai so asks Sun Woo to 'keep an eye on' his woman, Hee Soo. Being rather paranoid, Kang instructs Sun Woo if Hee Soo is 'playing around' to kill her. Whilst away, Sun Woo witnesses something and makes a decision that will change his life forever.

At the beginning of the film, Sun Woo beats the hell out of some rivals. This he regrets later in the film when the twisted Chairman Kang orders his death. Kang has a particularly nasty right hand man in Moon, who buries Sun Woo alive after torturing him in a rather horrible fashion. Sun Woo escapes his grave and plans his revenge.Lee Byung Hun's performance as the bar manager/enforcer out for revenge is simply one of the best action performances I have seen in years. He is amazingly cool whilst wearing his snappy suits and when he goes into full 'revenge mode' he reminds me of a young Asian version of Charles Bronson in the Death Wish films. He coolly executes anyone who stands in his way and when a couple of yobs upset him on the freeway, he cuts them up in his car and beats the living daylights out of them on the hard shoulder. I have just mentioned Charles Bronson, but you could also compare his screen presence to Chow Yun Fat in The Killer or Hard Boiled. Yes, he is that good.

Director, Kim Jee Woon has produced a stunning looking film with fantastic use of widescreen photography. The camera loves Lee Byung Hun and as mentioned above the screen comes alive whenever he is on it (which is virtually all of the film.) The supporting characters are predictably your average crime family types but Chairman Kang (Kim Yeong Chui) stands out in his role, being calm one moment and coolly ordering the death of his most trusted employee next. Downside to the film is that it isn't all that original but with a fantastic leading man and some of the best action choreography for a long time, you have 2 hours of truly spectacular entertainment.