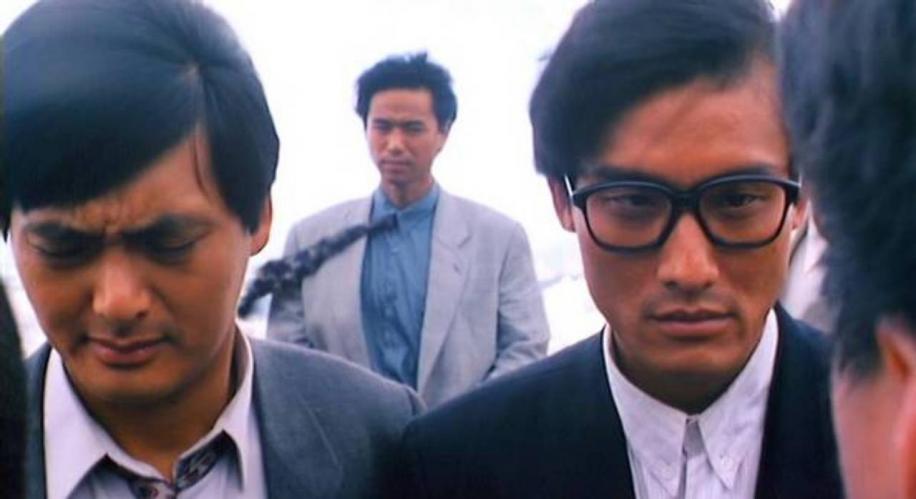 Prequels - the stickiest of ground for any director to tackle. Film fans never learn, and the lemmings continue to throw themselves off the precipitous cliff edge of high expectations, yearning to get a glimpse of how their favourite fictional characters came to be as they are. However, retrospective storytelling rarely, if ever, works. Think of a good prequel – go on. You probably can’t, not because your knowledge of cinema is lacking, but because they are such a hard nut to crack; rely too heavily on presenting a developmental backstory and the narrative usually falls flat because of the need to use dramatic progression of character as a fulcrum to prop up younger actors unable to replicate the chemistry of the original vision (are you listening Mr Lucas?). The only other option is to present a story that follows the same blueprint but merely contains a different date/setting (Temple of Doom), which, let’s be honest, isn’t really a prequel in anything other than basic chronology.

A Better Tomorrow falls into the former category. With the huge breakout success of the first two films in the trilogy, perhaps the story had reached a logical conclusion, but with the fallout of the creative differences reverberating between producer Tsui Hark and director John Woo, the duo went their separate ways. The basic template that was on the table at the time of the parting, a tragedy against the backdrop of Vietnam, was realised by each in their own way. Woo made Bullet in the Head, arguably his most personal film to date and a vindication of his perceived need for more artistic control over his projects, whilst Hark returned to bankable ground with a prequel to A Better Tomorrow.

Thankfully the chosen road to prequeldom was that of returning actors depicting their younger selves rather than the hit-and-miss affair of finding youthful actors with similar traits or features. It may require a leap of faith in most cases, but this method of keeping a continuous thread, as shown in movies with long timelines, often aids the viewer’s attachment to the protagonist – nobody thought Ray Liotta ever looked like a 21 year old in Goodfellas, but you let it go and move on, and the transition through the years proves easier to handle. As such, Chow Yun Fat returns to reprise the role of Mark, last seen being used as target practice for a dastardly crime lord’s army of henchmen, and in the process committing to celluloid arguably the greatest screen death in Hong Kong crime cinema history.

Set in Saigon (as well as Hong Kong later in the film) in 1974, the war in Vietnam is about to hit the capital and many are fleeing the country. Mark however is heading into the eye of the storm, as he aims to meet up with his cousin who wants to leave along with his father. It’s a nice narrative set-up, it sidesteps the thorny issue of Mark’s close relatives (such as his twin Ken from the second film), but gives him something tangible to lose, an instant bond and a partner in crime that hopefully can emulate the chemistry Chow has with many co-stars that punctuates his greatest hits. Opposite him, as his cousin Mun is Tony Leung Ka Fai (aka “Big Tony”, not to be confused with the Lust, Caution star), a bespectacled, slightly gangly individual who, at first glance, doesn’t appear to be filling the shoes Ti Lung vacates as co-lead, however this is a calculated move as the story requires a pair who are at once naïve but also capable of some transformation when the chips are down, and Big Tony has just the right profile for such a job, capable of looking a touch on the gawky side as well as being a bit brooding.

This is a prequel that sticks to the “how did they become….” formula, and thus Mark is far from a suave killing machine, when he touches down in Saigon a small sequence highlighting his childish playfulness, in keeping with the opening sequence of A Better Tomorrow, where he swallows a cigarette works as a nice introduction. In the wake of Chow’s ability to shoot all and sundry and look effortlessly cool whilst doing it, in walks Kit (Chow Ying Kit that is, not to be confused with Ho’s brother from the first two films) played by Anita Mui. Her introduction is mingled with that of Mark’s, as she wanders through the airport; shades on, bright red lipstick, nonchalant attitude, every inch the femme fatale in demeanour and style. She drops her lipstick, which Mark duly picks up, and with that the thread of fate has begun to be sewn into Hark’s own version of the iconic character’s tale.

This being as A Better Tomorrow story, there has to be some criminality, and as usual there’s not much detail. Previously it was forgery, and now it’s similarly simplistic black market activity, the hows and wherefores of crime aren’t, and never were, the draw of these films, they act as little more than a backdrop to allow the themes of brotherhood, betrayal and tragedy to take hold. Mun’s father needs a passport, an alliance is made with Kit, herself a dab hand in the rackets, and the trio dive headfirst into the murky waters of nefarious business activities in a country about to be torn asunder by fighting. Hark likes to set the scene, and the scale of is impressive – the sequence intended to brings the reality of Saigon 1974 home to the viewer, in which a host of extras are employed to mimic a stand-off between demonstrators and armed forces, handily doubles up as the moment we meet the trio’s main adversary for large parts of the film – Bong, the corrupt army officer. Pure comic-book clichés, with his shades on, chewing a cigar with hat skewed slightly, he isn’t subtle, but throughout the film Hark manages to get a level of satisfactory duplicity out of the two dimensional character that may not seem to be evident from these early moments.

The tragedy infused is thus twofold, the backdrop of Vietnam gives us our primary catalyst for the pathos-infused jazz-lite score to play, but that bobs back and forth into and out of the picture at key points in the story arc. Hark makes doubly sure there’s a melancholic narrative of fate and lost innocence as he establishes a love triangle between the three leads; Mark falls for Kit, she reciprocates, but Mark cedes ground to his cousin who is also infatuated with the stylish black marketeer. Once you get past the hackneyed set-up of the evolution of feelings they have for one another, which is hardly organic but rather relies on painfully simplistic montages (all laughing with arms interlocked and heads thrown back with gay abandon in the sunshine) the web of emotions and split loyalties stand up quite well. This is primarily down to the performances of Chow and Mui, the latter being the perfect foil for the macho culture endemic in the first two films. Once a figure from her past comes on the scene the circle is almost complete, you know not everyone will live, there’ll be confusion, assumed betrayal, genuine betrayal and hopefully lots of shooting.

Which brings us to the action, and a rather big stick with which to beat A Better Tomorrow if we so wish. Mui gets to show off some solid moves, and there’s some invention within, but the dual gunplay of the first films is nowhere near as apparent here. Instead the weapons of choice are army guns, with many an M16 being brandished. This may sound exciting, but when the template of Chow doing an innovative armed cha-cha of sorts with semi-automatic pistols is the norm, to find a distinctly Hollywood “more shell casings must mean it’s better” approach leaves the excitement levels simmering rather than boiling over. The action sequences rely heavily on atmosphere, which is arguably superior in terms of core cinematography than Woo’s approach, but as such the smoke and machinegun fire just doesn’t feel particularly innovative. Maybe we were spoilt, although Hark’s gunfights last a decent time and are better integrated into the story, they come off as somewhat pedestrian.

When all the elements are combined, A Better Tomorrow is a pretty decent film. If you can look past the comparisons to the previous pair in the series what you’re left with is a well acted tragedy with moments of straightforward action. Woo’s characterisation was never the greatest, and Hark manages to redress this balance, but he can’t hope to replicate the rousing gunfights and satisfying moments of revenge – so often steeped in basic scripting but magical in execution – that raised Woo to the top of the Hong Kong action cinema tree. It may not shine in the company of A Better Tomorrow I or II, being that they are judged by the criteria of fans, but it is capable in its own way, and at least we get to see where Mark got his shades and coat from.