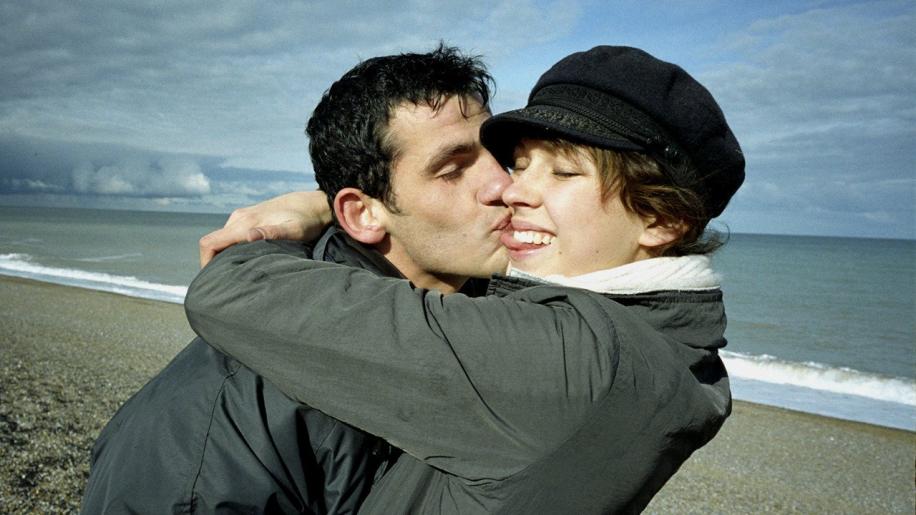 Why have we published this review? Well because it is an important film in the history of British cinema and home video and because it has been passed as an uncut 18 certificate by the BBFC. That means it is available in your local Blockbusters and Woolworths for sale, as opposed to an adult sex shop. It could be a turning point in censorship in this country and whilst you may or may not agree with its content, we feel as a serious review site we have to cover this film and not become censors against the first film to break the taboo. Of course, AV Forums remains a family website and we have marked the review with various warnings about the content to help in making a decision to whether you read it or not. We hope this is seen as an exploration of a historical (even if it's dull) movie which has broken the final taboo in British censorship and Cas Harlow will follow this review up with an article discussing the various points of view in the near future. - Phil Hinton, Editor

Over the years various movies have pushed the boundaries of what is 'acceptable' in mainstream cinema. Whether rolling around in the waves in From Here to Eternity, being naked in the shower in Psycho, purportedly actually having sex in The Postman Always Rings Twice or having an interesting experience with butter in the first mainstream scene of sodomy, for The Last Tango in Paris. Some would say that Basic Instinct was the climax of all these boundary-breaking endeavours over the years, with pretty much all you would expect from a soft-core porn movie spliced into a mildly engaging thriller format. Since then we appear to have actually been going backwards somewhat - with Showgirls and Body of Evidence proving that lots of random flesh does not a sexy story make.

So it has been left to independent cinema to keep plucking at the forbidden fruit, front-lined by the works of controversial auteurs like Larry Clark, whose exploration of underage sex in Kids, Bully and ultimately Ken Park, still provoke ratings associations into considering banning them. Unfortunately (for heterosexual men at least), the last real hurdle - in my opinion - has been male full frontal nudity (up until recently, only non-aroused members were permitted). Even the unrated cut of mainstream Meg Ryan movie In The Cut did not contain more of Ryan getting naked but actually more of a (prosthetic) penis being fellated. Similarly, for all the controversy surrounding Clark's Ken Park, the most shocking scene was one of a boy masturbating right through to climax - one of the reasons for its ban. The Pornographer and Baise Moi were both cut, the former for a similar ejaculation scene and the latter because of its real sex. With Michael Winterbottom's latest - 9 Songs - we are supposed to be privy to 'the most sexually explicit film in the history of British cinema' but the question is, are there really any boundaries left to break?

9 Songs is basically a video diary of key events in the year of a young couple, Matt and Lisa, told from the perspective of the man, occasionally narrating as he reminisces over this past relationship. From the moment they meet (watching a gig at the London Brixton Academy), these two are clearly more focussed on the physical side of their relationship than anything else. Exploring one another, they tend to spend the majority of their time either watching gigs or having sex. It's pretty much as simple as that. There's little story, little dialogue and no script, just lots of music, lots of nudity and lots of sex.

Perhaps it is just down to the choice of leads, something so important in a movie about two people having a relationship based almost exclusively on sex. Neither of them look particularly 'into' it - despite the fact that their bodies may be saying otherwise, an erection can still be just a reaction to stimulation and there's simply no chemistry here doing any of the arousal work. The unfortunate fact is that (some) porn stars probably have more fun on film than these two, making it pretty difficult to understand why they bother spending so much time together, thus defeating the whole premise before it even gets started.

It is ironic because, as I understand it, one of the reasons why the BBFC passed the explicit real sex in this movie uncut is because they did not deem that it was designed to 'arouse' audiences. Well, sure, that's a perfectly valid point, but in removing the chemistry that would make a movie 'sexy', all you are left with is two people being paid to have sex repeatedly on camera. As a milestone in British Censorship history it will be remembered for some time, but as a movie that you should actually go and see - trust me - it's not even worth its brief hour-long runtime. This movie should have been banned just because it is so pointless but I guess that would have no doubt made it even more popular and 'must see'. The fact is, if you want a candid story of a relationship based on sex then you've come to the wrong place - this is more like an exploration of how a director can get people to do anything on screen for the right price - in this case, eternal fame - and if you want porn, for God's sake, go buy a porn movie because this is unlikely to do anything for you.