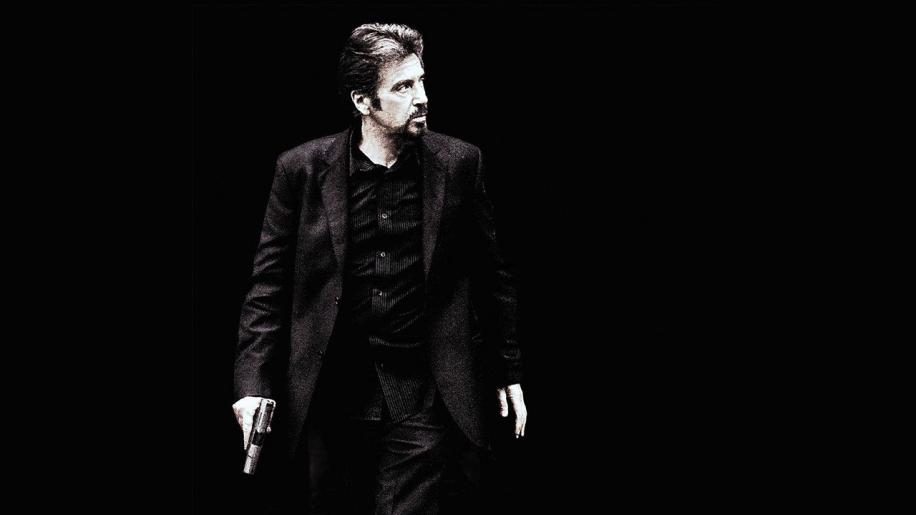 There was a time when the names Robert De Niro and Al Pacino would guarantee a certain class of movie. Whether the movie was a classic, or whether it was just carried by a superior performance, either name would suffice in rightfully bringing patrons to the Big Screen. But over the last decade De Niro has proven to be less reliable, with not a single one of his movies being worth my money at the Big Screen. Pacino lasted a little bit longer, through choosing slightly better roles, but he's still only had two really decent movies in the last decade - both of them more than 6 years ago. In 2005 production began on a new Pacino thriller, where he plays a lecturer - and part-time FBI forensic psychologist - who is told he has 88 minutes to live. Notwithstanding that we have probably seen concepts like this done before (and the time-limit thing reached its pinnacle with the consistently tense 24), the premise still sounded promising. Unfortunately, probably due to poor test audience reactions, the production suffered reshoots, a change in director and, ultimately, a massively postponed release. But with the eagerly anticipated Righteous Kill now topping the Box Office, boasting both De Niro and Pacino, it is no surprise that studios have chosen this time to push out 88 minutes on home entertainment mediums, perhaps hoping that any bad press is overshadowed by Righteous Kill and, correspondingly, and good press for the latter, makes people go out and investigate 88 Minutes. Be warned, if you can avoid this movie then do.

Dr Jack Gramm is having a bad day. With the FBI bringing news that his latest testimony - which put a serial killer/rapist on death row - has been called into question after a new body has been discovered, Gramm starts receiving strange phone-calls, threatening that he has but 88 minutes to live. With everybody a suspect - including half of the students who attend his lectures - he has to get into the killers' mind and, at the same time, unravel his own past, in order to get to the truth. Along the way he clumsily manages to break his mobile phone, unbelievably manages to persuade a cab driver to let him drive the cab, acts all paranoid in his own lectures, tries to get into a killer's psyche on a talkshow interview and flashes his gun and his psychologist-for-the-FBI pass around as if he were an Agent.

Why oh why did Al Pacino sign on to do this? Was he asleep? Because he sure acts like it on-screen. Whilst Pacino might occasionally come across as clichéd with his overbearing shouty method of acting, seeing him do mundane is just, well, boring. He's a psychologist who offers no insight whatsoever into the minds of the killers here (the writer should have watched Manhunter or even old episodes of Robbie Coltrane's Cracker to get a clue) and merely runs around fretting a lot and making phone calls. He barely raises his voice, let alone does anything dramatic, and appears to be more of a bystander throughout the proceedings, never actually solving anything or actually getting anything done. As I said, he might as well have been asleep.

Aside from Pacino, there's a ton of talent on offer here, with the student roles going to (amongst others) Alicia “Urban Legends” Witt, an airbrushed Leelee Sobieski (from that terrible Wicker Man remake) and The O.C.'s Benjamin McKenzie (all of whom are suspects, by the way), and some wasted cameos for Heat's Amy Brenneman, Things to do in Denver when you're Dead's William Forsythe and Payback's Deborah Kara Unger. None of them get room to be anything other than written-in two-dimensional characters, from the implausibly young love interest (come on, the age difference must be at least 40 years, whether between the characters' intended ages or the ages of the actors in real life) to the University Dean who just wanders about looking moody. Even Neal McDonough, from Ravenous, is a pathetically stereotyped (supposed) serial killer, sneering his way through the proceedings as a mere shadow of the likes of Hannibal. I don't know what movie they all signed on for, but I suspect that few of those involved will look back at the final cut of this and be proud.

Disjointed, plodding, tedious even at a relatively short run-time, the movie is the opposite of everything bragged about on the cover (“very suspenseful and thrilling” it says, but I suspect the full quote read “this movie could have been very suspenseful and thrilling”) and stands as a film that simply should never have been made - at least not like this. I'm not sure what rewrites or reshoots were commissioned, or how extensive they were, nor am I sure of exactly what kept this movie in stasis, but after having watched it I find it no surprise that it has been pushed out quietly, hoping not to be noticed in the wake of the build-up to the new De Niro / Pacino collaboration Righteous Kill. I suspect a similar move will be made with the Mickey Rourke movie Killshot, that has been shelved for an equally long period of time, no doubt waiting for his acclaimed new Darren Aronovsky-directed drama, The Wrestler, to distract the press and public. My advice over 88 Minutes? (And bare in mind, I'm a great Pacino fan) Well I think you should go see Righteous Kill instead and simply pretend this movie never happened, you'll be grateful you didn't waste 108 minutes of your life...