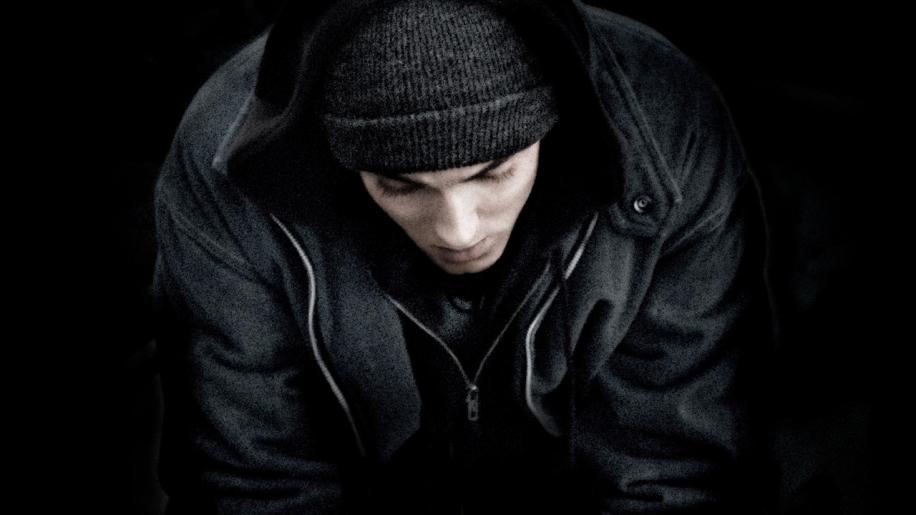 Loosely based on Eminem's formative years, 8 Mile stars the controversial MC as Bunny Rabbit, a talented amateur rapper looking to get noticed in his hometown of Detroit.

There are a few things standing in his way, however. He's got stagefright, he's had to move back in with his mom (Kim Basinger) and his girlfriend (Brittany Murphy) can't be trusted. More problematic than that is the fact that he's white, making it difficult to get in the local hip-hop club, let alone be taken seriously by the crowd during open mic night.

Shameless rewriting of history or not, the fact remains that 8 Mile is the best 'talented guy overcoming adversity' flick since Rocky first started belting people in the mouth. Director Curtis Hanson keeps things moving along at an entertaining pace while still finding time for some serious social commentary. Plus, the improvised rap battles that provide the film's setpieces have to be seen to be believed. At the end of the day, this is Eminem's movie. Believe it or not the boy can really act - bringing just as much realism to Bunny Rabbit as he does to his less palatable Slim Shady rap persona.